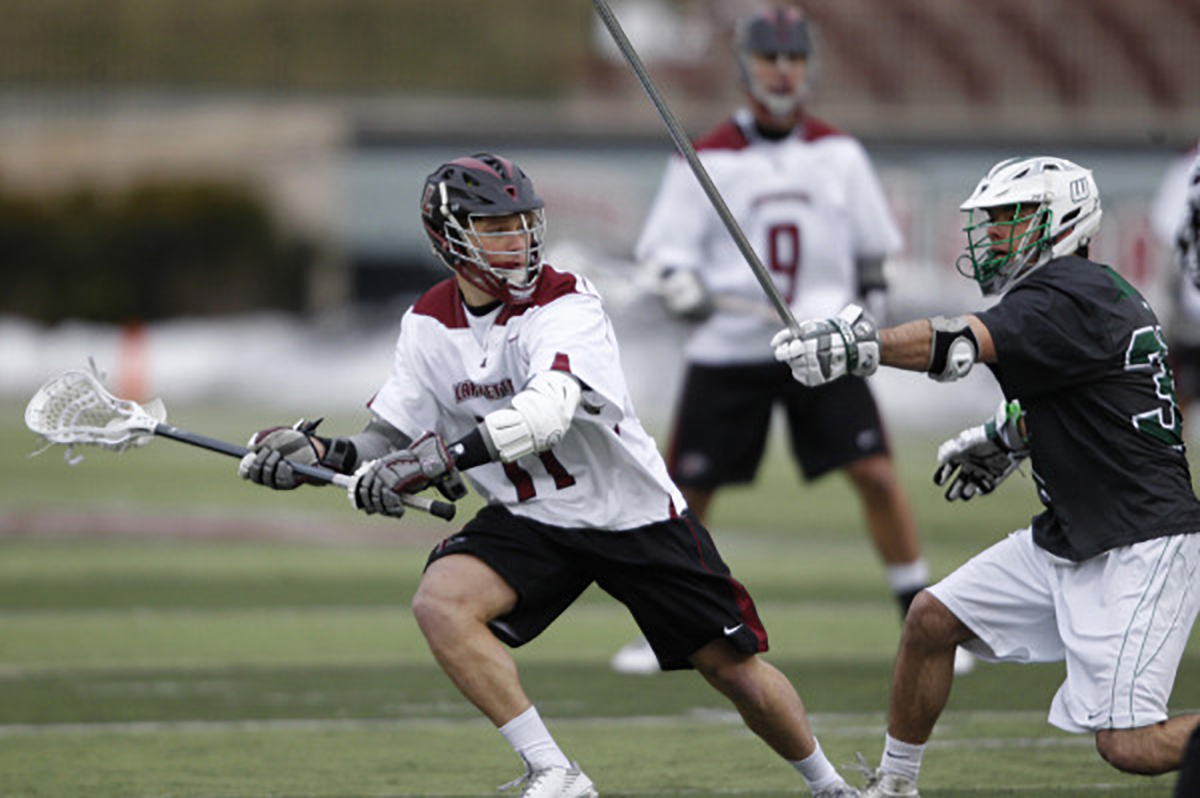 Men’s lacrosse won their first game of the season against NJIT. Photo Courtesy of Athletic Communications

The Lafayette men’s lacrosse team earned their first win of the season last Saturday, beating NJIT 10-8, bringing their record to an even 1-1. The Leopards traveled to Madison, N.J. for the contest where brothers and teammates, senior Matt and sophomore Adam Close, stood out for their performances. The brothers scored 5 of the team’s 10 goals during the close match-up.

“I never worry when [Adam] is on the field because I know how much work he has put in to become the player he is,” Matt Close said. “Most of that work we’ve put in has been together which is why it’s so special playing alone side him. Not many families get to experience this opportunity.”

Junior goalkeeper Jonathan Anastos’ 12 saves mark two consecutive games where the junior had 10 or more stops in goal. Lafayette was looking to recover after losing their season-opener to the No. 9 ranked team and defending ACC champs, North Carolina.

After a disappointing season record last year at 2-12 overall, the Leopards are now 1-1 and will hopefully continue the trend. With the departure of previous head coach Jim Rogalski, the Leopards must regroup under new leadership from interim head coach Ed Williams.

When asked about what’s changed between this season and last, Matt Close emphasized the team’s growing synergy.

“We are not playing for ourselves or taking the first opportunity on the field, we are playing for each other and waiting for the best opportunity,” Matt Close said. “When we play together and follow our game plan we are at our best, and this year everyone believes that.”

His brother, Adam Close, had three goals Saturday, and attributed his success to how well the team blends.

“The biggest difference I’ve seen is the belief each one of us has in each other and our team chemistry,” Adam Close said. “The bond that has been created between the players and coaches is great.”

The scoreboard was close throughout the game, with neither team scoring more than three goals in any quarter. The team may have doubters, but underdog status doesn’t phase them.

“Our team motto is…’prove people wrong’ and that is what we intend to do this season,” Adam Close said. “We are focusing on how to get better each and every day and we’re having fun doing it.”

The men’s lacrosse team will be opening their home season against Wagner on Feb. 16, 4 p.m. on Fisher Field.

Awesome!!!! The Close brothers are my second cousins! They grew up in a super family, where healthy competition and striving to be our BEST was fostered. I am SO excited to see this. Happy for them and happy for the great TEAM spirit. GO DO YOUR BEST TEAM and be safe and have FUN!!