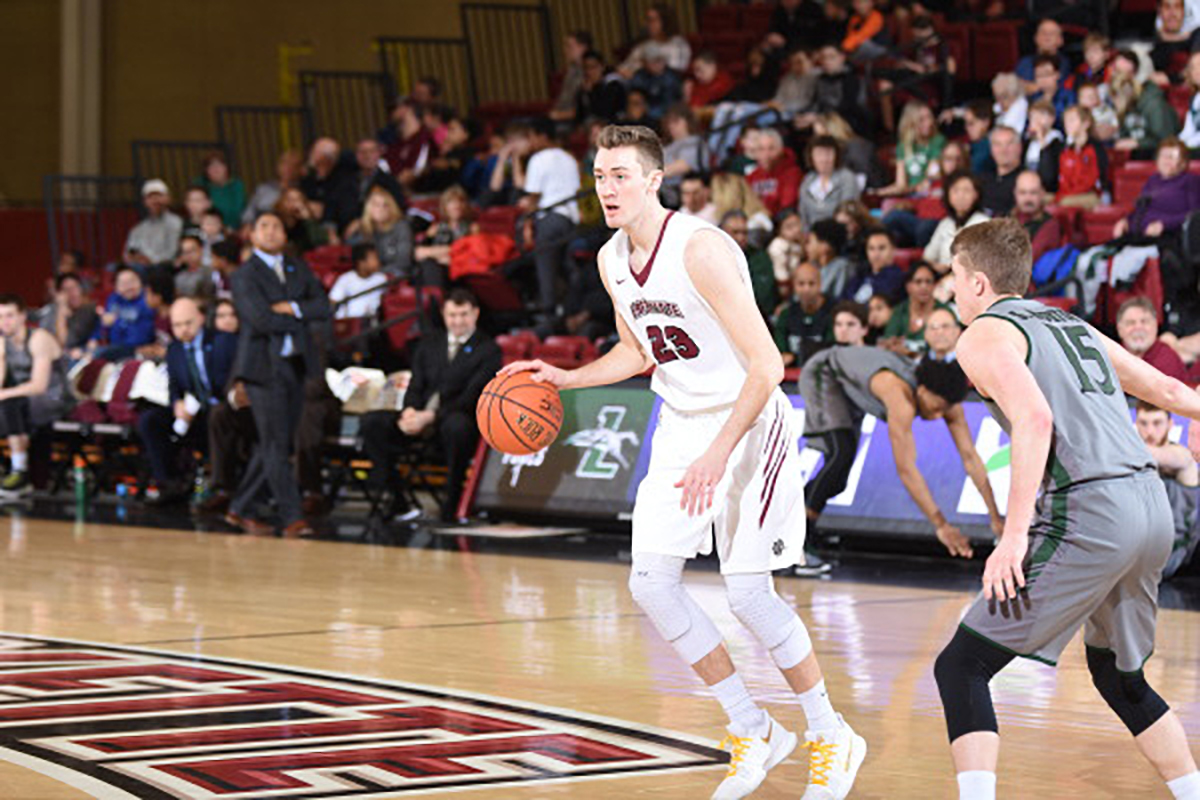 After losing to Navy at the buzzer in its first matchup, the Leopards looked for redemption in their second meeting with the Navy Midshipmen. The game was tight throughout, ending in a 71-69 loss for the Leopards.

Trailing behind 2-12 in 3:26, the Leopards steadied themselves and got off 10 straight points to take a 17-14 lead after about eight minutes. The Leopards’ lead was as high as six after nine minutes, before Navy started coming back. The Leopards surged to 31-23, with 3:09 to go in the half, but the Midshipmen whittled it away. At the half, the Leopards were up 33-31.

At the beginning of the second half, the Leopards lost the ball, allowing Navy to tie the game in the first seconds. The Leopards stayed ahead until 9:20, when the Midshipmen took a 47-46 lead. Navy then went on a run of seven straight, giving them a 52-46 lead with 9:39 left. A minute later, freshman guard Justin Jaworski sunk a three to tighten the game at 52-49. With 5:27 left, the Leopards pulled within 1 point after another shot by Jaworski, but Navy stayed in front. Lafayette improved its rebounding in the second half, but turnovers plagued the Leopards, committing at total of 16 to Navy’s nine.

With about four minutes to go, the Midshipmen were back up by seven with a score of 63-56. Junior forward Julius Zalys chipped in a jumper but then fouled Navy with 52 seconds left. Navy sank two free throws, stretching their lead to a eight points (68-60).

Freshman guard Alex Petrie went on a tear, scoring the next seven points to Navy’s one, narrowing the gap to 69-67 with 15 seconds left. Navy scored two more points from free throws. Jaworski fouled Navy again, hoping for a Navy miss and a Leopard chance to get the ball and tie it up. When Navy missed, the Leopards got the ball for their last chance for a comeback. Navy stole back the ball in the last second, sealing the game for the Midshipmen.

Although this was a tough loss, Petrie set two Lafayette freshman records. He now has the highest total points in a rookie season (394) and is tied for the freshman three-point record (62) with three games left in the regular season.

The Leopards’ next game is their Senior Day at home tomorrow, when they take on the American University Eagles.