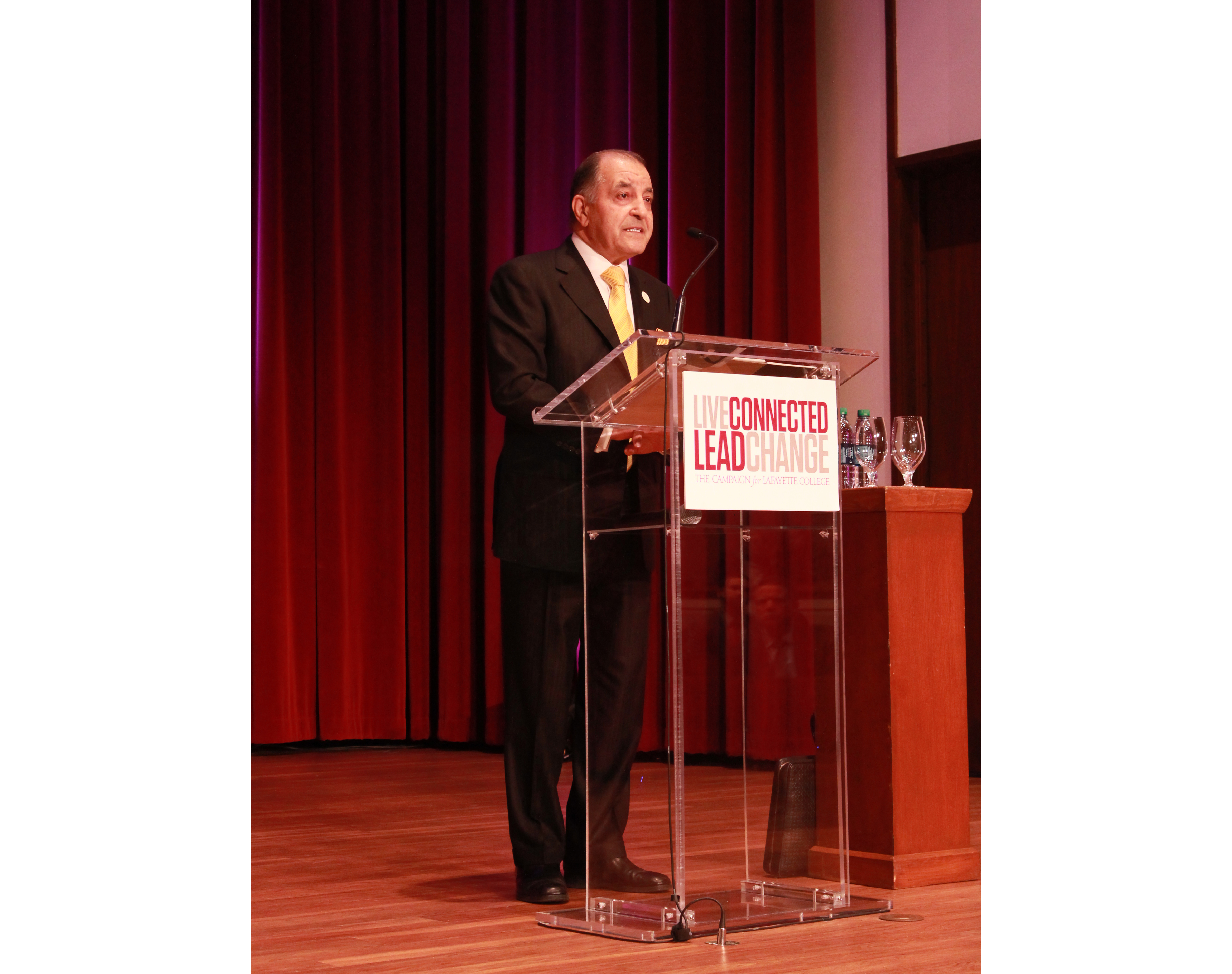 A $3 million gift to the college will go towards endowing a new faculty chair in the engineering department that focuses on interdisciplinary education, creating the Air Products-Ghasemi Professorship.

The gift is a three-part donation from the Air Products Foundation who donated $1.5 million, CEO of Air Products Seifollah Ghasemi who donated $500,000 and an anonymous donor who matched the last $1 million. The new position was announced Monday at the President’s Entrepreneurship Lecture which was given by Ghasemi himself.

President Alison Byerly, who shared the news with the community at the beginning of the evening, spoke highly of Ghasemi and his commitment to liberal arts education.

“He is someone who has had a very successful career in engineering, but he credits a lot of his liberal arts education with giving him the start that he needed,” Byerly said.

Professors appointed to endowment chairs are often senior professors who are considered the best in their field.

The position will either be filled by an existing professor in the engineering department or possibly by an outside hire. If the position goes to an existing faculty member, then their salary is freed up for financial aid, Byerly said.

Director of the Engineering Division Scott Hummel said that the position will likely take years to fill. However, Hummel said it’s important to ensure the chair be an interdisciplinary position.

“What Seifi is trying to emphasize is, the world’s most challenging problems don’t fall neatly into a disciplinary field. What he is envisioning and what dovetails beautifully into Lafayette, the president’s vision and the direction of the college, is to train students broadly, to have students that can think broadly,” Hummel said.

The idea for the position and the gift stemmed from both Ghasemi’s appreciation of his liberal arts education as well as his ties to Lafayette, Hummel said.

In the 1950s, a group of educators from Iran traveled the United States looking for a school to inspire their own. They toured Stanford University, Georgia Tech and MIT amongst others before deciding that they wanted to model their institution after Lafayette College, according to Hummel, and The Abadan Institute of Technology in Iran was created.

Ghasemi was just 15 years old when he won a national competition for a full scholarship to Abadan, where he was educated by professors from Abadan as well as traveling professors from Lafayette in a wide range of studies, from English to engineering. A year after his graduation, during the 1979 Iranian Revolution, Ghasemi fled Iran and moved to the United States with his family.

Fast forward a few decades, and Ghasemi was appointed the chairman, president and CEO of Allentown-based gas company Air Products.

Ghasemi visited Lafayette in 2016 and was shown memorabilia and yearbooks from Abadan in the Lafayette archives.

“He was visibly moved by this,” Hummel said. “Imagine, here you are, and he’s looking at these photos in this yearbook from the [1960s] when he was in college. A yearbook that he hadn’t seen since 1979….It was pretty moving.”

Ghasemi later received an honorary degree from Lafayette in 2017 and was reunited with William Kirby, who was Ghasemi’s professor at Abadan. The two hadn’t met since 1966. From there, Ghasemi, Air Products and Lafayette worked together to create a gift that matched Ghasemi’s desires with Lafayette’s needs. The Air Products-Ghasemi Professorship was born.

“For Seifi, I think he’s so closely connected to Lafayette it’s like his alma mater. It’s the closest thing he really has to an alma mater,” Hummel added.