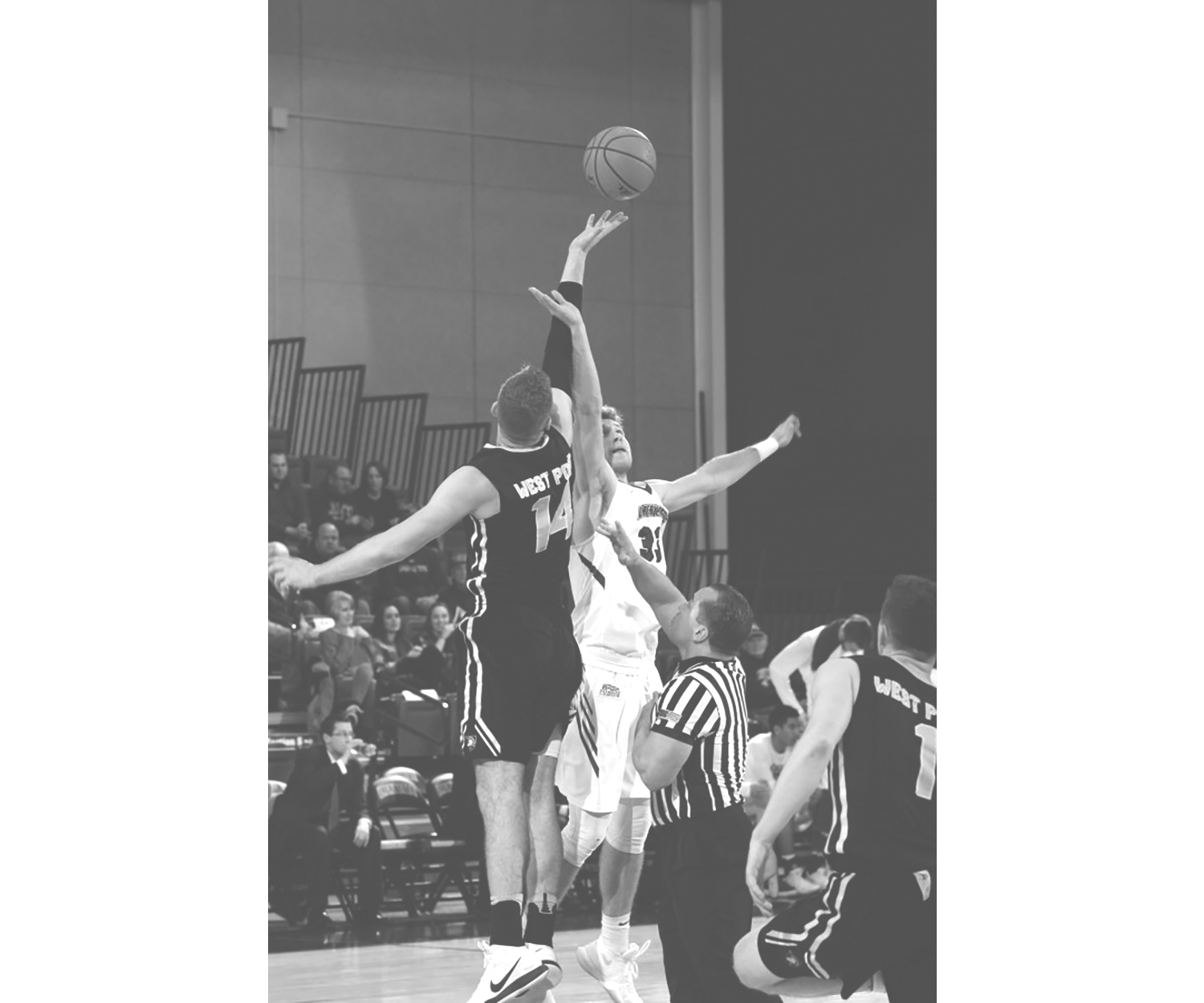 Junior Paulius Zalys jumps up for a tip off. Photo Courtesy of Athletic Communication

Going up against the Army Black Knights, the Leopards defeated them by 27 points, 81-54. Lafayette came out strong against Army, running a full court press after their first points during the Wednesday night game.

“Army runs an up tempo game that forces turnovers and puts scores in the 80’s,” head coach Fran O’Hanlon said.

In an up-tempo, turnover-ridden first ten minutes, the score was only 14-11 Leopards with each team hitting only one three, in spite of Leopard’s freshman guard Alex Petrie shooting 50% from three in conference play and the Black Knights as a whole shooting 41%.

Army found themselves in early foul trouble: 7 team fouls in 11 minutes. This allowed the Leopards to go on a 15-4 run over the next four minutes, which carried them into a big half time lead, 45-24.

Out of the half, Lafayette continued to play an aggressive brand of basketball that kept them up big until the end of the game. By the end of the game, the Leopards put in a total of 81 points to Army’s 54. The 27 point gap is the biggest of the season for the Leopards. Four Leopards were in the double digits, with Petrie scoring 24 points, senior forward Matt Klinewski and freshman guard E.J. Stephens contributing 14 points each and freshman Justin Jaworski scoring 10 points. Junior forward Paulius Zalys also pulled down ten rebounds.

Last Saturday, the Leopards played the Bucknell Bison in Lewisburg, PA. After a solid start, the Bison pulled away in the second half to put away the Leopards by a score of 74-59.

“What made the difference in the two halves of the game was the turnovers for the Leopards,” O’Hanlon said.

In total, the team lost the ball 17 times, allowing Bucknell to score 30 points off turnovers. Bucknell is one of the best teams in the Patriot League with only two losses in the conference and 7-foot-tall player Nana Foulland, who won the Patriot League Player of the Year last season.