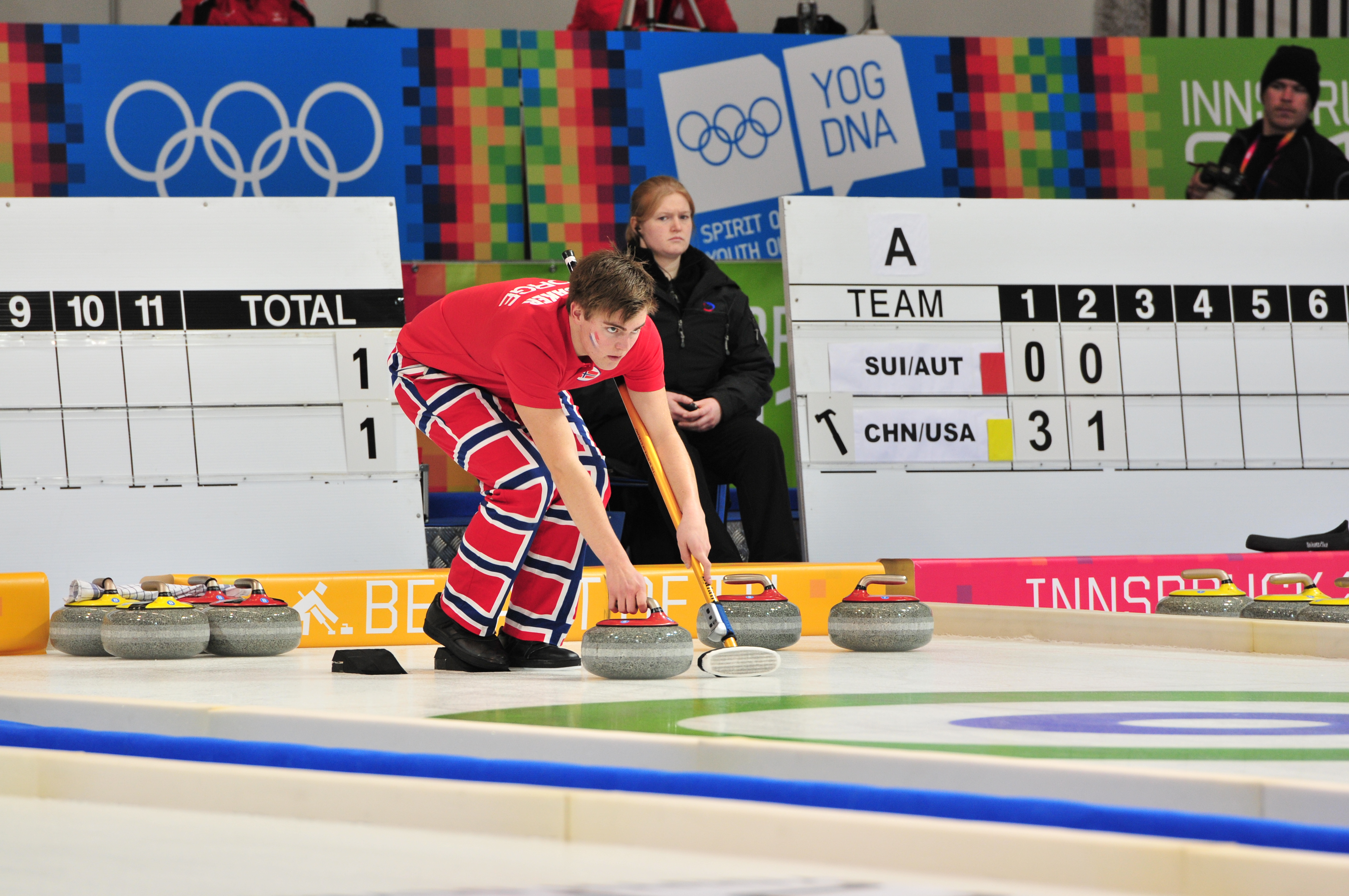 The 2018 Winter Olympics will begin in PyeongChang, South Korea on Feb. 9. Photo Courtesy of Wikimedia Commons

The Olympics have always been about more than who can score the most points or win the most gold medals. Though we want to know who can make the most dazzling saves, grab the biggest air or shoot the most targets while attached to a pair of skis (a.k.a. the biathalon, one of the coolest and weirdest Olympic events), the games have often been a microcosm for political and cultural movements, tensions and trends happening outside the world of sports. The 2018 Winter Olympics are no exception, so here are five reasons to watch the Olympics even if sports just aren’t your thing.

Curling will always and forever be the best winter Olympic sport. And the Norwegian team will always and forever have the best curling uniforms. These pants are legit. I wasn’t sure how the team could top the checkered argyle pattern of the 2010 games or the geometric Piet Mondrian-esque number from Sochi. But this year’s “Icicle” pattern takes the uniform cake. They are splatter paint meets Fourth of July fireworks, and they’re amazing.

The Weather: Get These Athletes Some Hand Warmers

The past two winter Olympics have been infamous for their rather un-wintry weather. High temps and melting snow ruined the ambiance of an event that depends on vast accumulation of frozen water. This year, that doesn’t seem to be a problem. As Bill Chappell of NPR so eloquently put it, “The high Tuesday was 11 degrees Fahrenheit; the low was in minus territory and the wind chill was inconsiderate of the basic needs of both humans and journalists.”

This should hopefully keep the skiers and snowboarders happy with improved course conditions, and maybe boost the sale of Pyeongchang-branded mittens.

The People: Maame and Gus

The Olympics do a beautiful job of reminding us that athletes are more than just overly muscled and supremely coordinated individuals who have trained their entire lives to reach the pinnacle of their sport. Two athletes in particular have caught my attention heading into the games.

Maame Biney absolutely dominated the short-track speed skating trials. She was toasting her opponents and coming dangerously close to world record times. It was quite the statement for a skater who is barely 18 and hasn’t graduated high school yet. She will be the first African-American woman on the US speed skating team and was born in Ghana, a country that has sent a total of two athletes to the Winter Olympics in the history of the games. I’m excited to see fast times from this fresh face.

Skier Gus Kenworthy was planning on coming out as gay at the last winter Olympics in Sochi, but due to anti-LGBT laws in the country he decided against it at the last moment. The games were momentous in another way for Kenworthy as he brought home a silver medal in freestyle skiing. Kenworthy returns to the Olympic stage as the second openly gay American athlete to compete in the winter Olympics. I can’t imagine how great this Olympics will feel for Kenworthy, competing at the highest level as his truest self.

The Koreas: Pyeongchang vs. Pyongyang

Perhaps the biggest headline from pre-Olympics coverage is that North Korea will send athletes to the games and walk united under one flag with South Korea for the Opening Ceremony. Whether it’s purely propaganda or an earnest baby step towards an attempt at diplomacy, the move has created controversy. Figure skating pair Ryom Tae-ok and Kim Ju-sik are the only members of the 22-person delegation to qualify for the games based on merit. The others have been added only after the IOC granted them “wild card” entries. Some members of the South Korean women’s ice hockey team were snubbed in order to make room on the roster for their North Korean counterparts. Now, North Korea is planning a military parade to show off their newest missiles right as the Olympics are set to start. It’s like an international political soap opera, except it’s real life.

In other news, U.N. sanctions will prohibit the North Korean athletes from taking home any of the Samsung and Nike swag Pyeongchang is giving out.

O.K., I lied. This one has everything to do with a sport. But it’s a new and slightly ridiculous (in a cool way) sport. Don’t try this at home, kids.

It’s what Cirque du Soleil would look like if they decided to stage their next show at the North Pole and hired Evil Knievel to be their final act. Essentially snowboarders rocket down a huge slope aiming for a massive pile of snow (the word “jump” does not do it justice) and string together as many twists, flips and spins as humanly possible before plunging back down to the earth and hopefully landing on their feet. Athletes are scored based on degree of difficulty and execution, and the stunts have names like “frontside triple cork 1440.” That move is as fun and dangerous as it sounds.