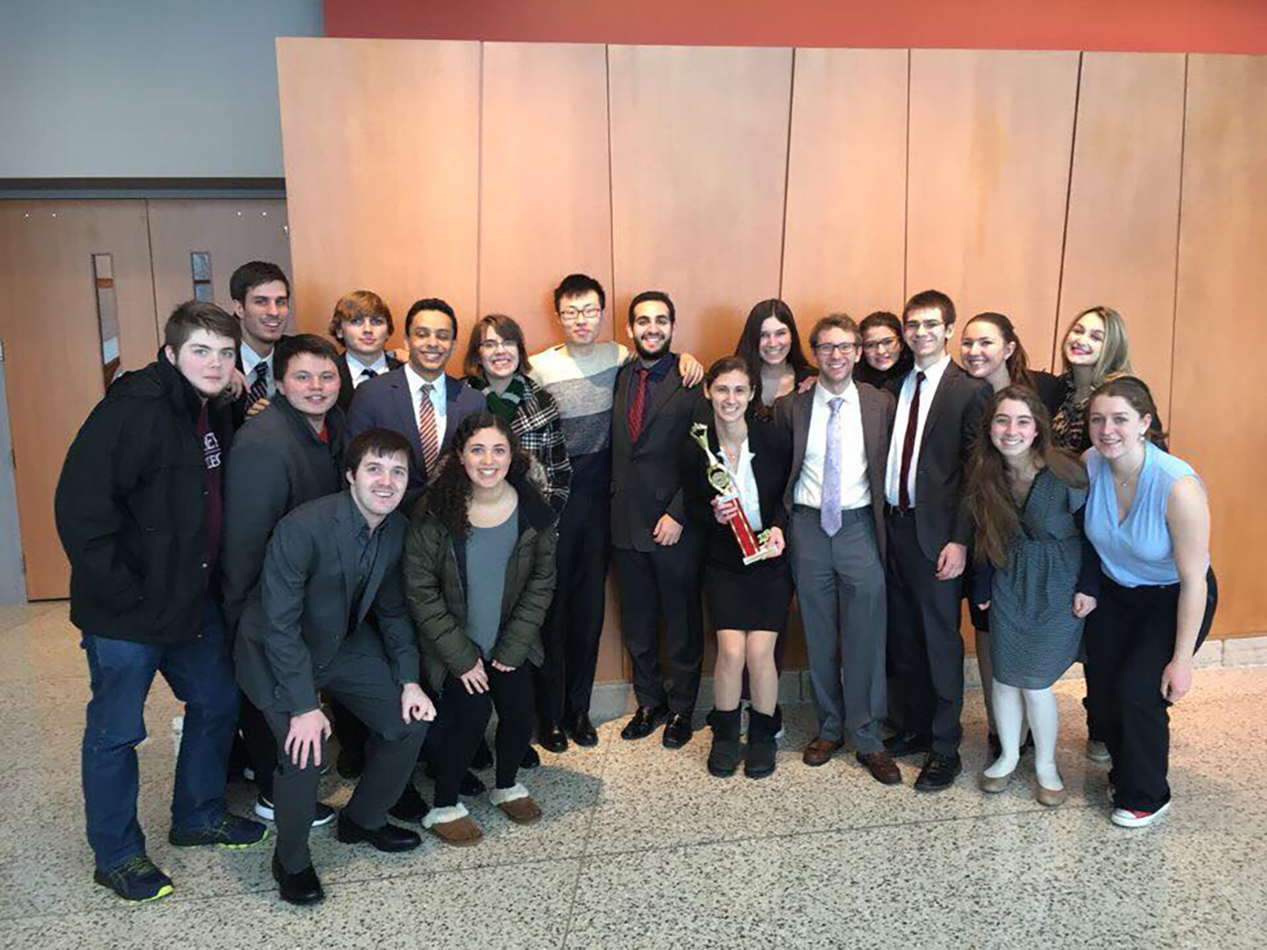 The mock trial team moves past regionals to the opening round of the national collegiate competition. Photo Courtesy of Patrick Best

Lafayette’s mock trial team placed fourth out of twenty-six other schools at their regional competition, including NYU, Susquehanna and University of Pennsylvania, and will be joining six other schools that will compete at the Opening Round of Championships (ORCS) in March.

This opportunity did not come easily for the Mock Trial team. They have been drilling for two to three hours a day multiple times a week, and eventually working everyday.

“It’s kind of like commitment for a sports team,” Tedi Beemer ’20 said.

Several team members attribute this years success to increased dedication and spread out talent. Additionally, the team is coached by practicing attorney, Patrick Best, and has outside support from former mock trial alumni, including Aaron Freedman ’15.

The team has faced various top-tiered teams from schools like NYU, Yale and Penn, and feels comfortable that their strategies will result in a successful outcome at ORCS.

“We have had a lot of time to improve. Now that we’ve seen enough teams over time, we know what we’re doing and can incorporate innovative and smart ideas,” Nick Contarino ’18 said.

The mock trail team has yet to make it past ORCS to nationals and lost to Yale and Georgetown at ORCS last year.

“You have to lose against better teams to get better,” Beemer said.

At the competition in March, there will be students acting as “witnesses, defendants and attorneys [in a simulated trial]. [All] schools get the same case,” Tyler Schwartz ’18 said.

ORCS is also judged by professional lawyers and judges, and their background can change how they judge each rounds.

“Some like when you know the law, and others judge based on [your] presentation and acting [skills]. We’re using real rules [and] real law,” Phoebe Silos ’18 said.

The competition is a “very real simulation of law. You never know what your judges will be like. You have to adjust your style for [each] judge,” Contarino added.

While the team is determined to prepare as fully as possible before ORCS, they also recognize the spontaneous nature of the competition.

“You [also] have to adapt based on what the other team is doing. If someone says ‘objection’ throughout any part of the trial, you have to [change what you say],” Silos said.

While the team recognizes others may overlook them, as they did at regionals, they feel they have what it takes to do well at ORCS.

“No one thought we would make it through. We did not get a lot of respect because we’re small. Everyone in the Mock Trial world didn’t think Lafayette would make it,” Silos said.