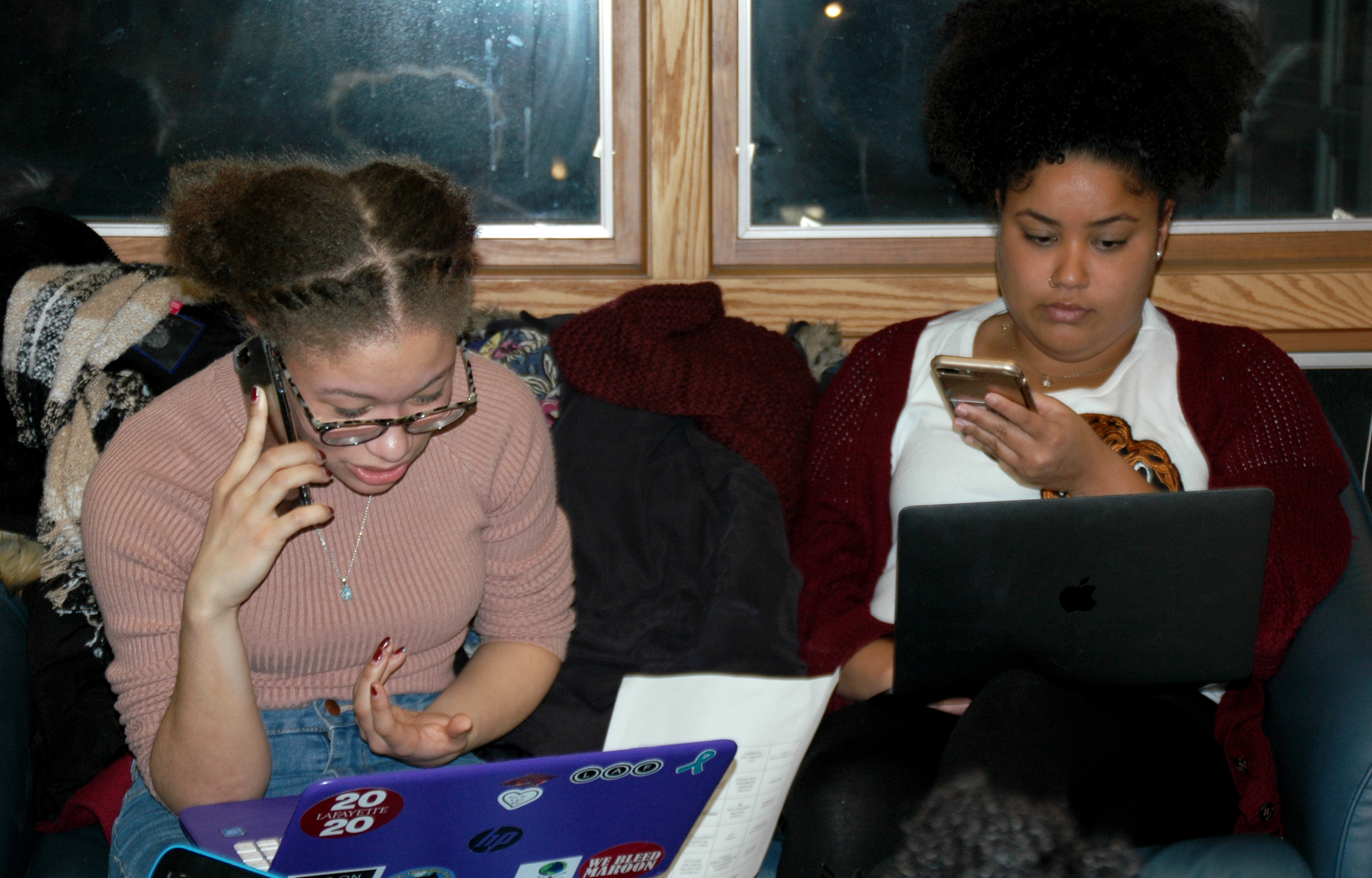 25 students gathered to call Lancaster residents in an effort to create support for DACA. Photo by Bridget Downey ’19.

President Donald Trump set a March 5 deadline for Congress to take action on the Deferred Action for Childhood Arrival (DACA) policy before protections end. As CNN reported, what would happen if this deadline passed is foggy, because all protections would not immediately end. Lafayette students aren’t taking any chances. Several took to the phones to urge Pennsylvania residents to call their local representatives on behalf of the “dreamers.”

DACA allows for close to 800,000 undocumented people who were brought to the United States as children to receive deferment from deportation, renewed every two years. In September 2017, President Donald Trump made the decision to end the policy, and gave Congress a deadline to save the program.

This Tuesday, 25 students gathered in the Gender and Sexuality Resource Center in Farinon for the DACA Phone Bank. For an hour, students called residents of Lancaster, PA to urge them to call Representative Lloyd Smucker (R), who “needs to be flipped on DACA,” Sara Hayet ’18, coordinator of the event, said.

The event was planned by Planned Parenthood Generation Action. Hayet, the club’s president, said they connected with Planned Parenthood Keystone in the Lehigh Valley to get the data, numbers to call and the script for the phone conversations.

Hayet said the phone bank started as an effort to do more activism on campus that benefited the larger community.

“Planned Parenthood Keystone, which is the affiliate for the Lehigh Valley, [does] a lot of work with immigrant rights because a lot of their patients are immigrants and are dreamers, and so they’ve been doing a lot of work specifically around DACA,” Hayet said. “We wanted to do stuff that also connected to the broader community and impacts folks on our own campus as well.”

The calls were first and foremost focused on getting Lancaster residents to commit to calling Representative Smucker, and providing them with contact information to do so. Then, they focused their efforts on seeing if the residents would also be willing to volunteer with Planned Parenthood.

“There are going to be a lot more fights like these and we need everyone on board,” Hayet said.

With 25 people calling for an hour, many calls were made, and Hayet admits not all were successful attempts.

“With every phone bank you’re always bound to have a lot of people not pick up–that’s a reality. But for however many calls you make you get that one person or two people … who are so enthusiastic,” Hayet said.

Overall, Hayet feels they received a positive reception, and even got a couple people to sign up to volunteer with Planned Parenthood.

As for future efforts to support DACA, Hayet said while there are no specific plans, she and others from the organization are prepared to help in any way they can.

“The [fight for immigrant rights is] far from over, so we’ll definitely keep fighting as long as there’s a fight to be had,” she said.