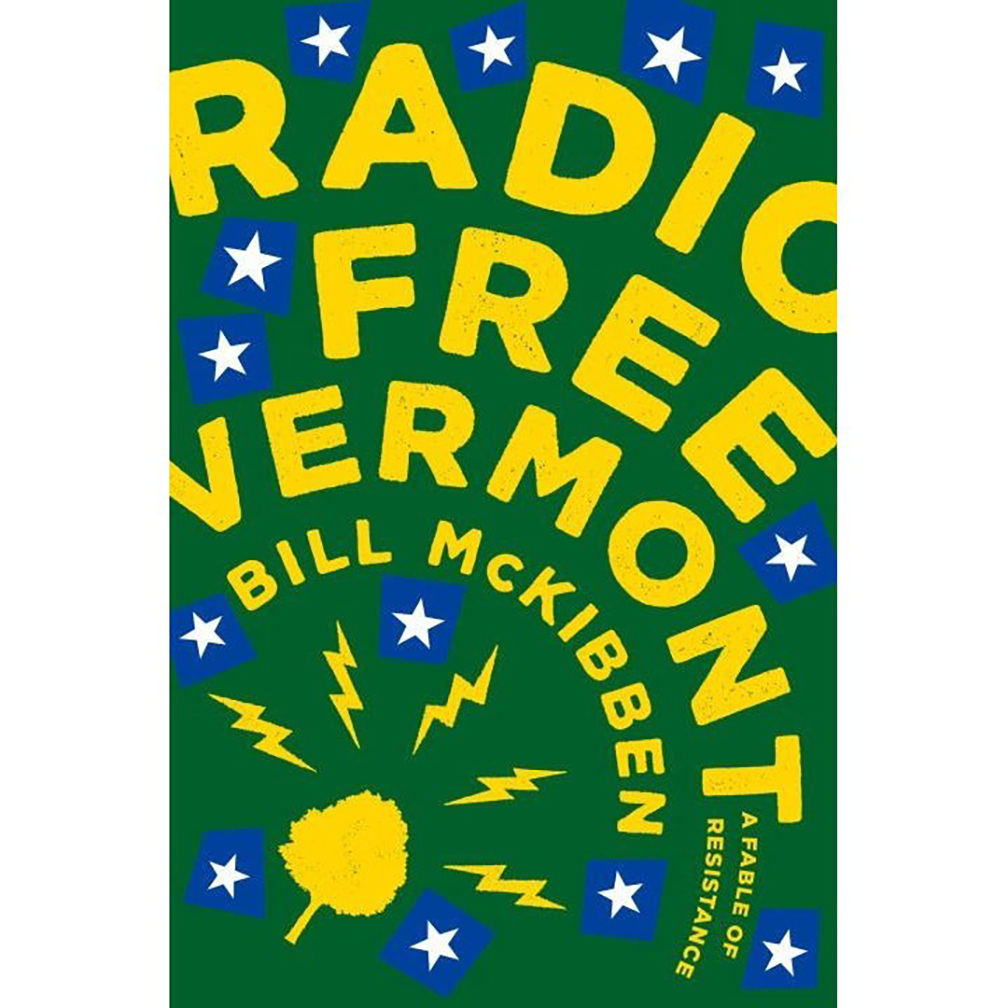 Protagonist Vern Barclay talks about the changes he’s seen in his state due to corporate invaders. (Photo Courtesy of Goodreads.com)

Bill McKibben’s new book “Radio Free Vermont” hooked me immediately with its description of determined Vermonters ambushing a Coors Light delivery truck. Not a Coors fan by any means, I had to know why. Was someone finally taking a stand against overpriced, watery, mega-brewery beer? Yes, indeed a stand was being taken, but things got more interesting by the page.

Radio Free Vermont broadcasts from a “double-secret location” and dares to ask Vermonters if they wouldn’t be better off forming their own independent republic.

Vern talks about the changes to his beloved state, how the big-box stores have come in and paved over the farmland, how the local radio station has been bought by a big faceless conglomerate, how we’re told that bigger is better and greed is good.  Vern wants us to slow down and talk about what makes Vermont unique, what makes communities viable and neighborly, and what we lose when we forget where we came from.

A thoughtful meditation on the value of resistance and the power of unity and decency, McKibben’s fable could not be more timely.