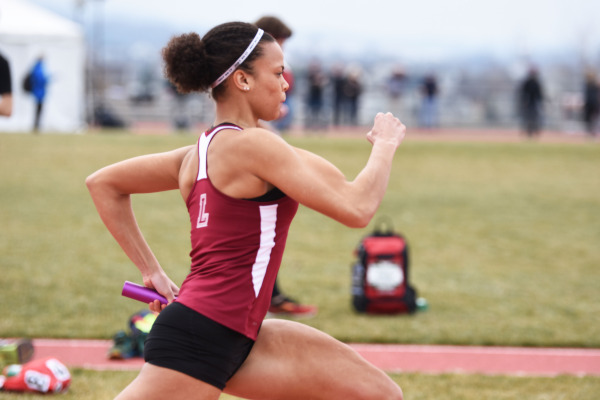 The men’s and women’s track team got to face “fierce competition” at the New Balance Invitational, the Bison Open and Covert Classic this past weekend and came away having held their own, sophomore Crosby Spiess said.

At the New Balance Invitational, the men’s side showcased their talents with seniors Matt Weintraub, who completed the 3000m in 9:04.11, and Brendan Carroll, who ran a 1:07.93 in the 500m dash. The women’s team won second place in the distance medley, finishing only behind Duke University.

“One of the reasons people come to run track at Lafayette is that even though we are a small school, we get to face fierce competition,” Spiess said. “Getting to compete against Duke and being able to hold our own against such a renowned program just shows all of the hard work we have put in.”

Spiess, a member of the women’s distance medley team, likes to see the Leopards finishing strong across the board.

“Having a full, well-rounded team is essential when you get to meets like the Laf-Lehigh dual [meet] or Patriot Leagues because at these big meets not only are individual performances counted, but team scores are also kept track of,” Spiess said.

The Leopards closed out their successful weekend at the Covert Classic, led by senior Dave McGriff, who took the top spot in the weight throw. McGriff said the winter break is a big help to the team, since everyone has time to catch up on sleep without the stress of schoolwork hanging over their heads.

McGriff’s leadership comes from his diligent training and dominant performances.

“I don’t have a formal position and I don’t really like to talk too often during team meetings so I just try to lead by example. I try my best to model what that commitment looks like and hope that others follow me,” McGriff said.

However, as no stranger to finishing in the top spot, McGriff credits his past and current success to his family.

“What motivates me now is really what has been motivating me since the beginning. Plainly put, my family cannot afford to send me here. I am blessed enough to have been on a ROTC scholarship which kicked in my sophomore year, but my freshman year, the tuition bill went to my family,” McGriff said. “I was determined not to fail them then and I am determined not to fail them now. That’s why I am still motivated to work to be all that I can be.”

The Leopards will be traveling to Staten Island this Saturday to compete in the Villanova Invite.

Disclaimer: Amy Hewlett is the sports editor of The Lafayette and a member of the track team. She did not edit the content of this article.