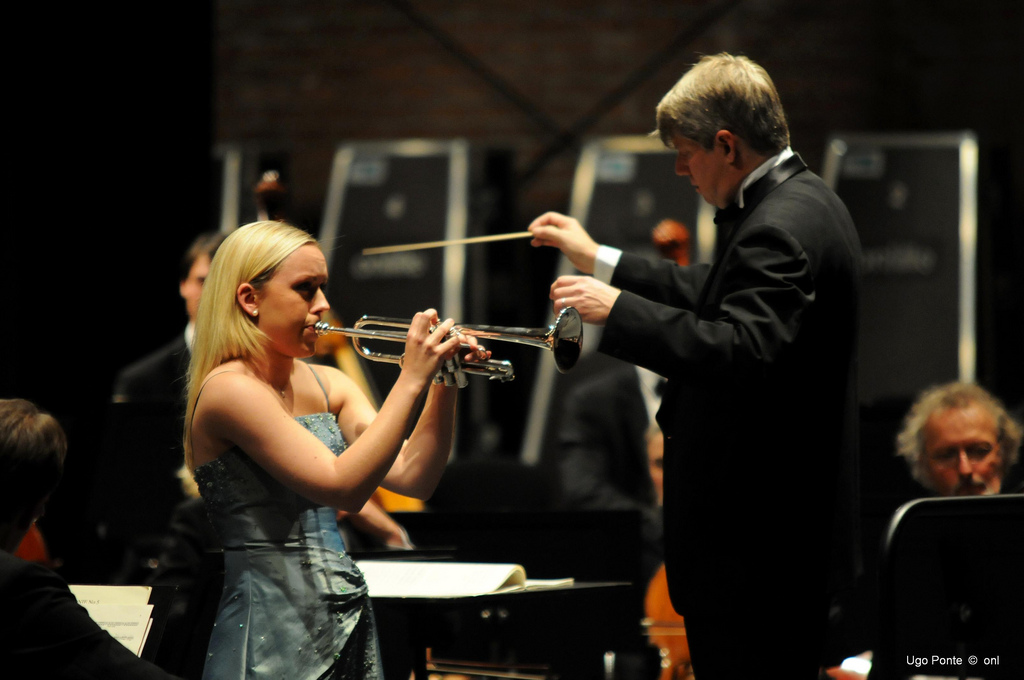 “[Just] like any other thing in life, there are several keys [to making great music]. One is knowledge, the other one is creativity,” Artistic Director of Orpheus Chamber Orchestra and cellist Jim Wilson said. “The other part of creativity is self-confidence. When you perform, you get to perform art, which means you’re not [only] performing it for yourself, [but] you’re [also] performing it for someone else.”

Orpheus Chamber Orchestra will be performing along with Norwegian trumpeter Tine Thing Helseth this Friday at the Williams Center for the Arts at 8 p.m. with a pre-concert talk at 7 p.m. Wilson describes their music as “very vibrant and high energy.”

Though Wilson was shy and got picked on when he was younger, he found his voice through music.

“Music is very important to me because I was a very shy kid and got picked on a lot. I think it’s how I found my own voice…I didn’t start until I was 11.” He added that he had a lot of connecting interests in high school and had to decide what he wanted to study for college.

According to Wilson, music is hard because it isn’t something one decides to do during their schooling, but it is something that one “gets obsessed with and wants to go into it.”

Inspiration comes in many ways for Wilson, including individuals’ [music] or life stories, art, dance, films, pop culture, television and by members of the orchestra themselves.

Wilson praises Helseth’s music and the feeling that she gives off on stage.

“We’ve been having a great time with [Helseth] on tour so far. She’s such a great musician and she’s so chill…she has such a great vibe on stage,” he said.

He said that the orchestra is full of “top-notch” musicians. “It’s always great having such great people around me.”

Wilson said that he tends to listen to music he cannot play.

“I tend to get inspiration from stuff that is not right in front of me…it helps keep the music really fresh in my mind. I like to listen to a lot of different kinds of music in my own time, too. I’m from Detroit, so I listen to R&B, which I love…I also listen to jazz.”

He added, “I think it’s important, being a musician, that you stay open to as many things as possible. [In our orchestra] we don’t have a conductor so, every person is a reference point.”