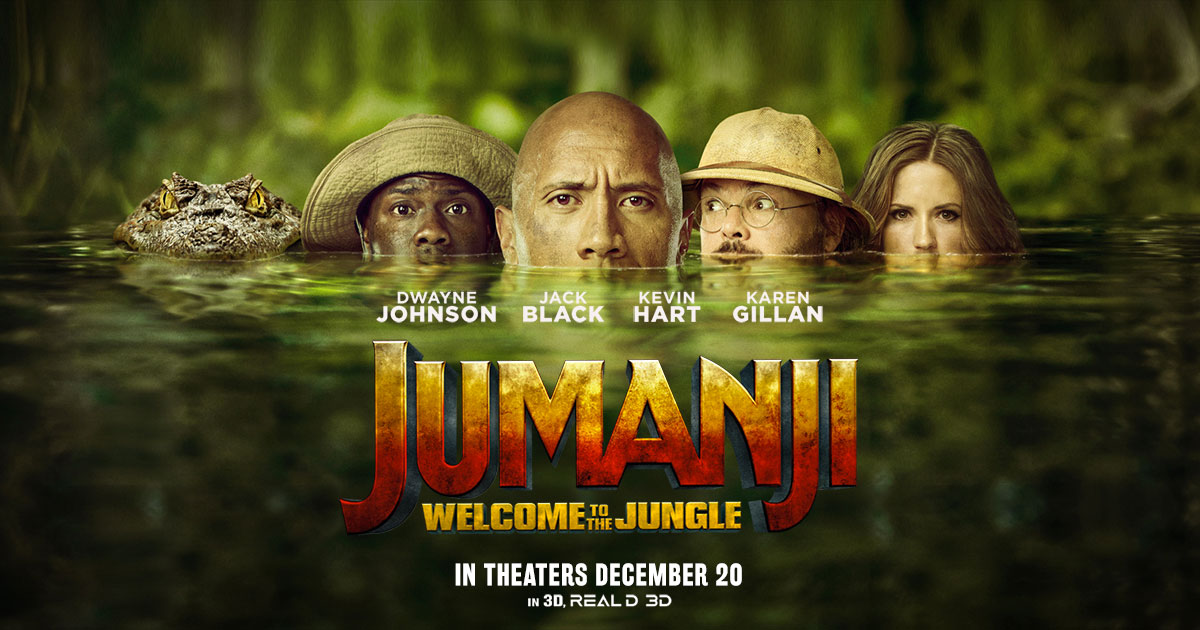 Jumanji: Welcome to the Jungle does not disappoint. (Photo Courtesy of JumanjiMovie.com)

When the sequel of “Jumanji: Welcome to the Jungle” was announced, I, like everyone groaned at the prospect. Well, I’m more than surprised to call “Jumanji” one of the best films of 2017.

Starring Dwayne Johnson, Karen Gillan, Jack Black and Kevin Heart, “Jumanji” follows four problematic teens that meet in detention. They power up a video game entitled “Jumanji” and instantly get sucked into the game. The four teenagers then become the characters they selected and must complete all of the levels of Jumanji in order to escape.

Before I go further, it is worth noting that “Jumanji” suffers from an underdeveloped villain, which was to the likes of Justice League’s Steppenwolf. However, once you see the movie, you forget about how bad the villain is, for this movie is about the heroes.

“Jumanji: Welcome to the Jungle” is so much better than one would ever expect. It succeeds on so many fronts creating an all-around fun movie. The entire cast succeeds in playing off-type throughout the film–Jack Black is the absolute standout. Every time Black opens his mouth the theater would erupt with laughter. Jumanji commands the screen in its action scenes, and all of the set pieces in the film are fast-paced and gripping.

Jumanji was one of the most enjoyable theater experiences I’ve been a part of in a long time. It enthralls the audience, everyone laughs and gasps together. If you haven’t seen the film yet, go out and see it with all of your friends.