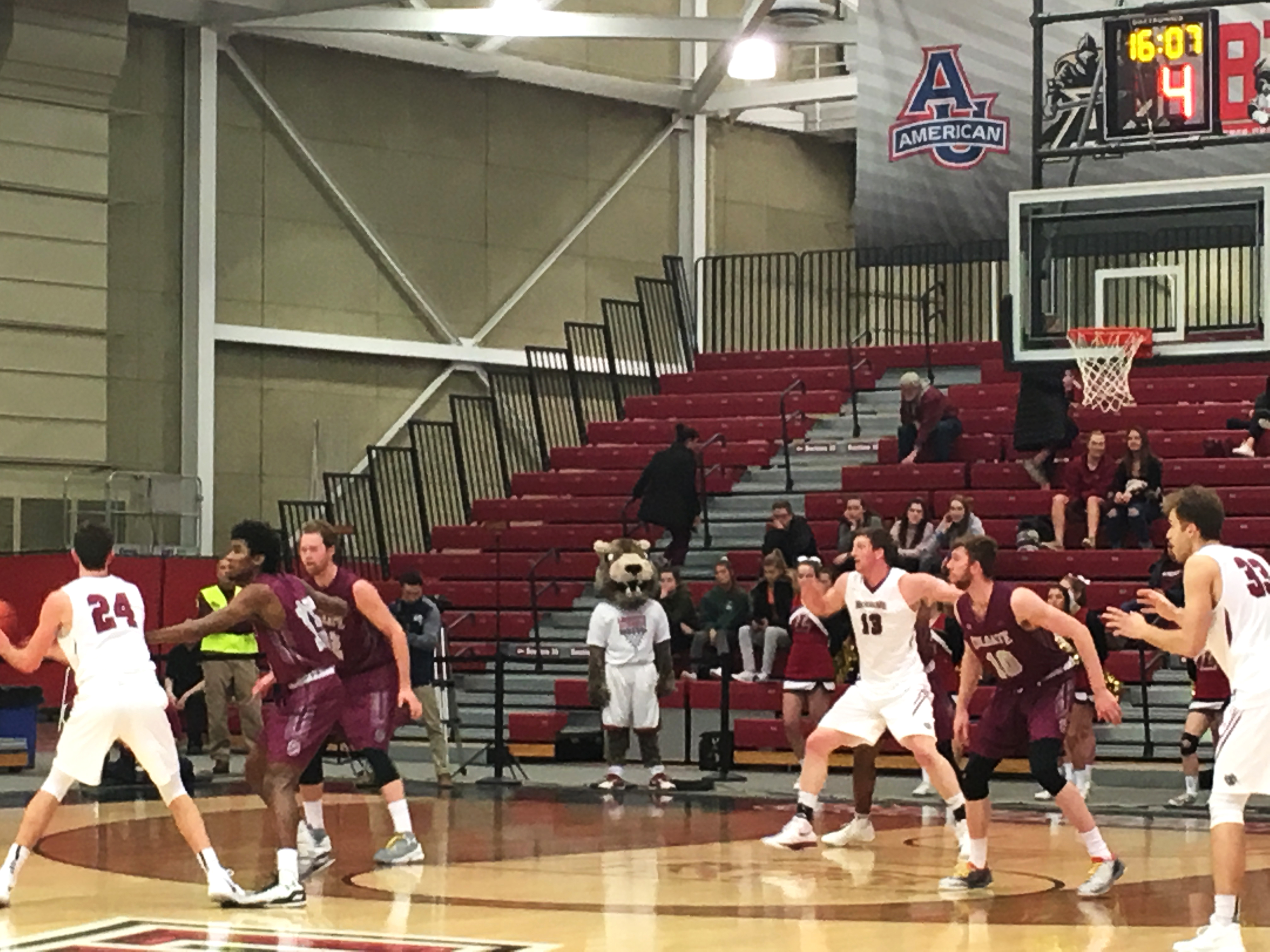 Men’s hoops bounced back from their two consecutive losses with a win over Colgate. Photo by AJ Traub ’20

The Lafayette Men’s basketball team went on the road to Worcester to square off against the Holy Cross Crusaders on Jan. 27. Holy Cross got off to a hot start and never looked back, handing the Leopards an 85-74 loss in a crucial League game.

Freshman Alex Petrie put up another high scoring game against Holy Cross, with 29 points, tying his previous high and Lafayette freshman record. After the game, Petrie said that nothing changed in his preparation for the game. Going 10-16 from the field and 6-9 from beyond the arc, Petrie also gathered the most rebounds on the team (5) at a comparably small 6 foot 3. As the highest scoring freshman in the Patriot League, Petrie has shown his potential to be the highest scorer in the league as his four years progress.

“I think he’s one of the top scorers now,” head coach Fran O’Hanlon said. “With a lot of young guys, Alex has some things he has to work on and get better at.” O’Hanlon always says to young players with room to grow that “potential is not always credential.”

Rebounding for the Leopards against Holy Cross was about even, with the Leopards taking the advantage by one board, 29-28. The biggest difference between the Leopards and Crusaders last weekend was points in the paint and points off turnovers: 44-14 and 23-6, respectively.

“They have been very competitive,” O’Hanlon said. “They don’t quit. As we go around the league, I don’t think anybody is happy to see the Leopards. I think they know they’re going to be in for a tough game. On the other hand, you want to start winning some of these games. Hopefully, second go-around we’ll do a better job.”

Lafayette has kept games tight with some of the best teams in the conference: taking Bucknell to OT, losing to Boston University by 3, and beating Colgate.

At 6-16 (4-7), the Leopards are in second to last in the conference with seven games left to play. They will travel to Bucknell University on Feb. 2 for their second league match up with the Bison.