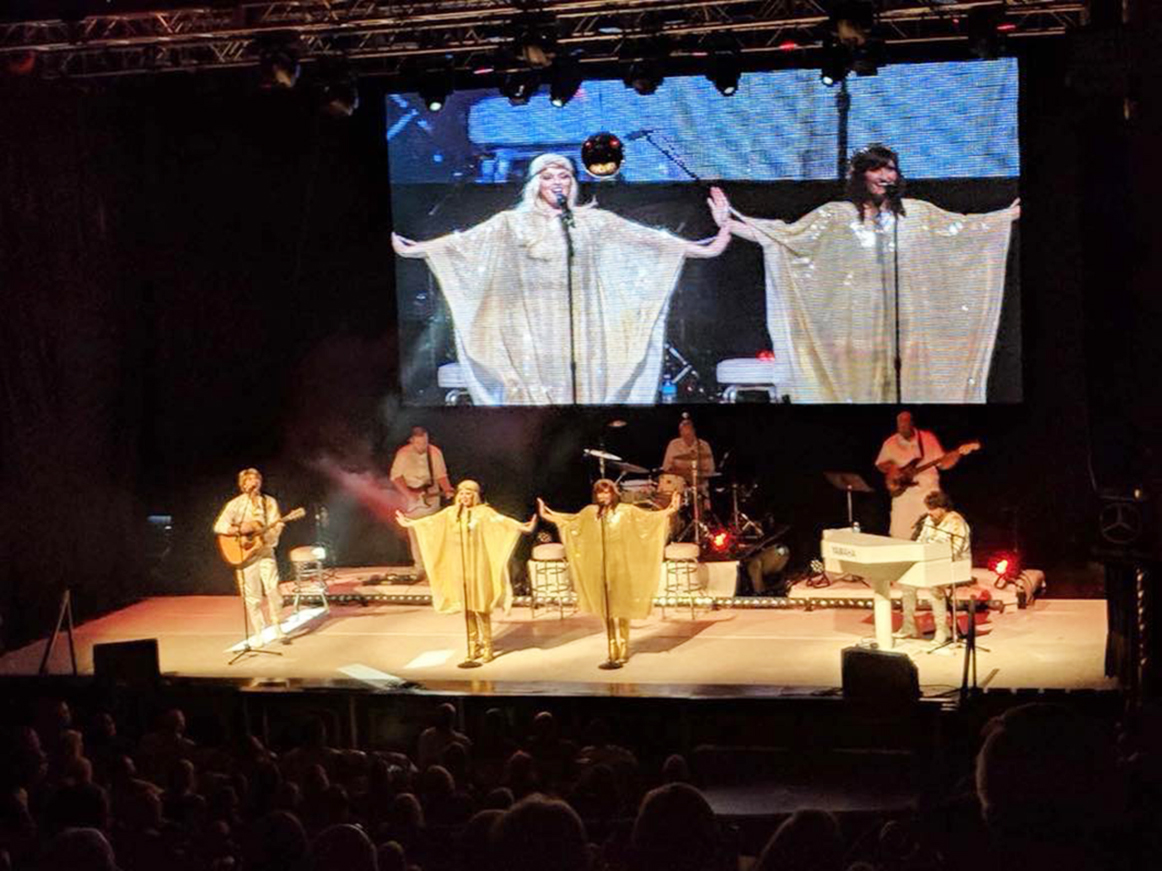 A tribute band is hoping to draw out all those who are crazy for ABBA in Easton tonight. ABBA Mania will be performing downtown at the State Theater.

ABBA was a Swedish pop group which disbanded early in the 1980s, but not before racking up nine number 1 hits in the United Kingdom. Some of their most famous songs include Dancing Queen, Waterloo, Super Trouper and Take a Chance on Me.

The tribute band first premiered on London’s West End, band producer Todd Littleton said, and ever since then the group has been all over the globe, even visiting Easton a few times before in their travels.

Littleton pointed out that much of ABBA’s musical popularity in the United States derives from the musical-turned-hit-movie “Mamma Mia!” which incorporates ABBA songs.

“Mamma Mia! Here We Go Again” hits theaters this summer and will also feature ABBA songs, making this an “exciting time for all things ABBA,” according to a press release from ABBA Mania.

Around other parts of the world, including Europe and Australia, ABBA’s music was popular before the musical. Band member Kirbi Long said the tribute band has more of a following internationally outside of the United States.

Long, who has been with the band 5 years now, said that her favorite part of being in the group is the people she performs with, making every show feel like a “family reunion.” Long’s favorite song to perform is Chiquitita, but she acknowledges that crowd favorites are songs like Dancing Queen and Mamma Mia.