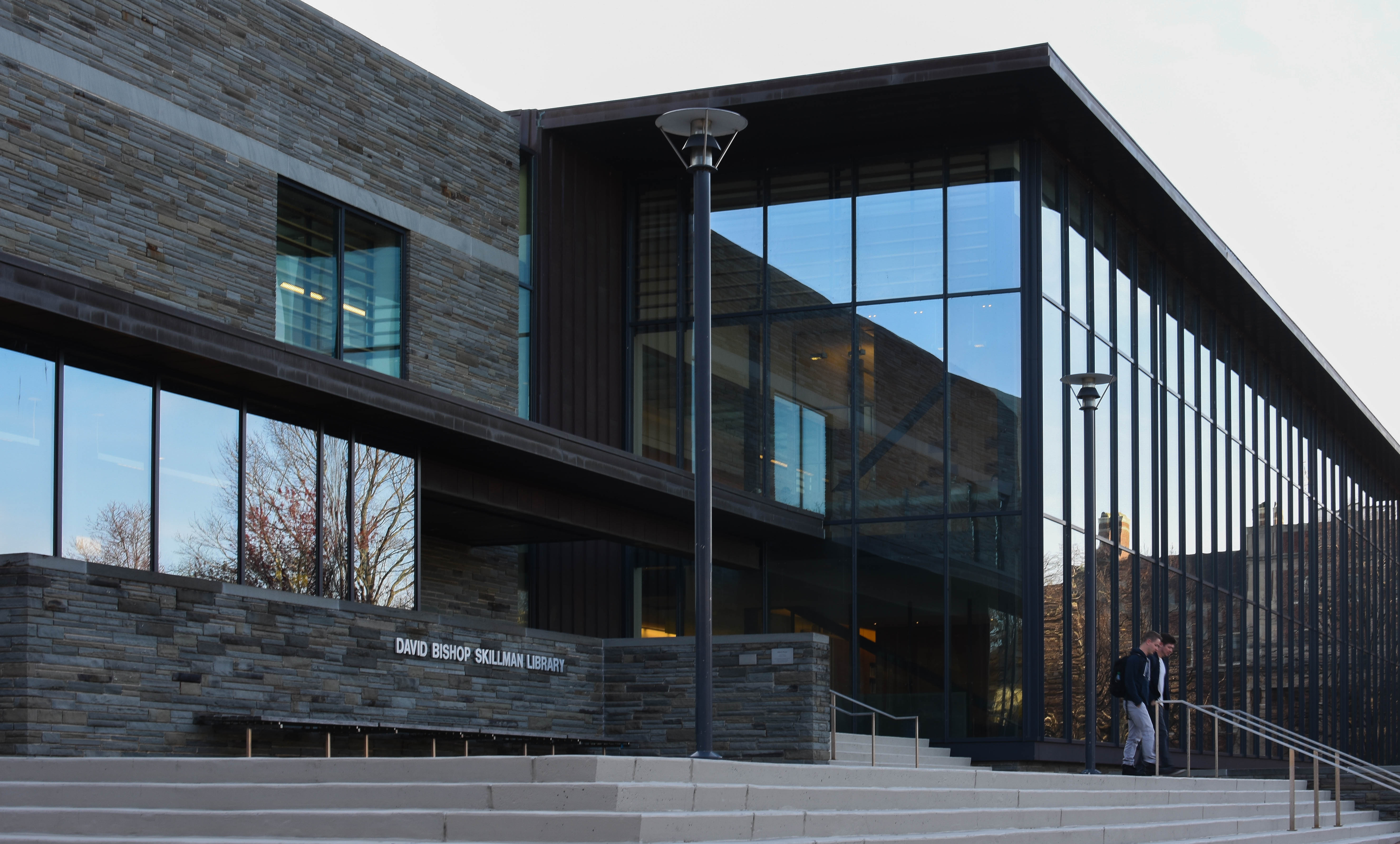 When the library doors open for the day, the race for the study rooms will now be slowed as a result of the new study room reservation system in Skillman Library.

In the past, students could walk into any empty study room at any point and stay there for an indefinite period of time. However, this is no longer the case. Students are now asked to reserve study rooms in advance.

Reservations can be made in two ways. Students can log on to the library’s website and click on the “Reserve a Room Link”, or they can reserve a room at the Research Help Desk.

This shift in policy was largely inspired by the increased demand for study rooms, as well as several complaints filed by students last semester, such as students leaving their belongings in a room to hold it till they return, requesting that the library shift to a reservation system.

To respond to these requests, the library faculty met with their student focus group, the Library Ambassadors, to draw up the new policy. Rooms may be reserved in half hour increments, totaling a maximum of three hours per day, and may be made up to two weeks in advance. However, reservations expire if you fail to arrive fifteen minutes within your time slot.

As the system was created in response to students demand, there have been several positive responses.

“A lot of other college libraries implement this system so it’s good that we’re keeping up with the times,”  Max Kushner ’20 said.

Other students agree this system will be beneficial during periods of higher demand, but not all year.

“I think it’s good for finals week when everyone is busy and wanting to get a study room, but right now it is not as necessary,” Dominic Zhang ’21 said.

While the reservation system was meant to address students frustrations with finding study spaces, especially during finals, others feel the system has some flaws.

Sage Herz ’21 said while she appreciates the effort of the new system, she feels during finals multiple friends will sign up one after the other for the same room in order to extend the three-hour reservation maximum. Instead, Herz feels just providing more study spaces for students, such as opening up more academic buildings on the weekend, would be more effective.

Library employee Matt Curry ’19 said he feels students the two-week reservation period will result in several empty rooms. “I feel like people are going to reserve rooms and not show up,” he said.

Empty study rooms can still be used without reservations, but you may be asked to leave by those with a reservation for the room. Students wanting to reserve rooms for themselves may only reserve a room with a capacity of one to four people. While any student can reserve a room, these rooms may not be used for the college’s business meetings.

This new reservation system will run on an honor system, however if any problems arise, students are encouraged to go to the circulation desk to sort it out.

Some in the student body have also expressed surprise at the new system—many not even knowing that it had been implemented—leading some to wish that there was a better way to inform the students of this development. Calvin Sharp ’21 said that he wished the faculty could do a “better job telling everyone about the new policy.”

“We realize that this new system will take time to get used to, but we are so excited to offer students a way to book a study room in advance,” Director of Access and Outreach Services Kylie Bailin said.

Students may also find information on the seating and equipment available in a room on the reservation website itself. For instance, several of the rooms (009, 017, 027, and 117) have flat screen TVs that can be hooked up to students’ laptops.

The room reservation system is only one of several other ideas for future library policies and improvements. “We are always looking at new systems to ensure that our library is as user friendly as possible and meets our users’ needs. In the future we hope to be able to have touch screens on each study room so users could book right then and there,” Bailin said.