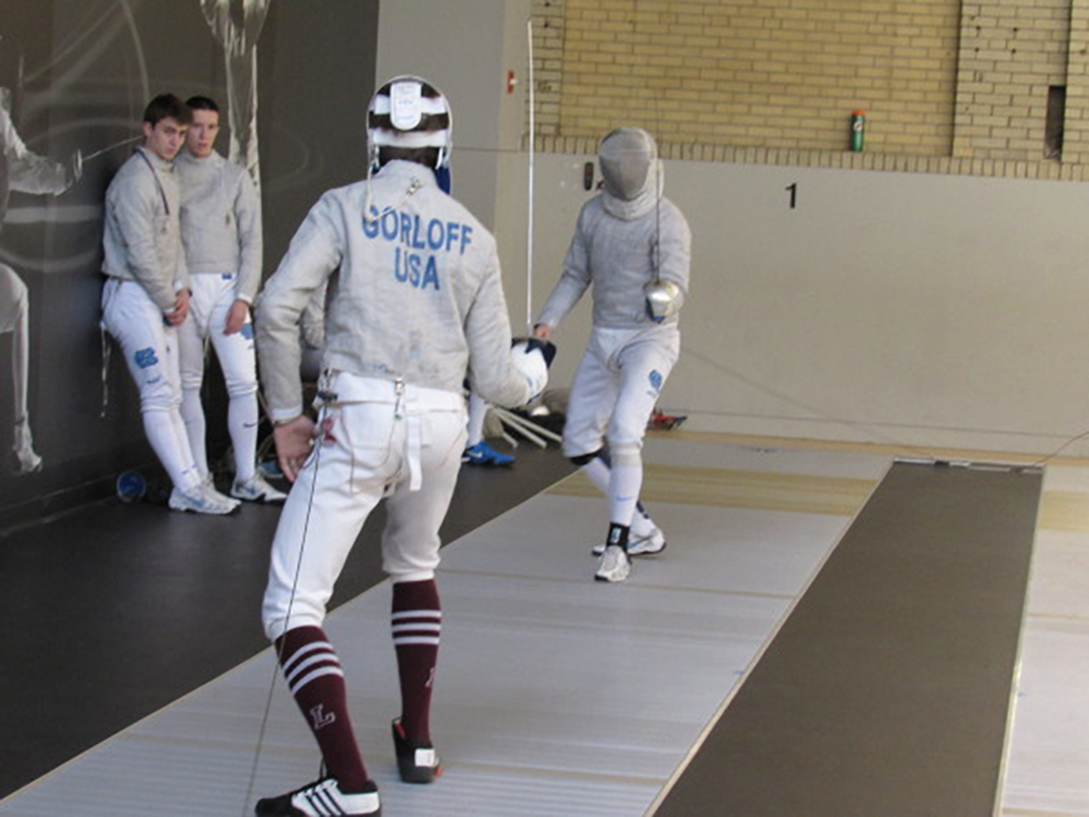 Last Saturday, the men’s and women’s fencing teams traveled to West Point to compete in the Army Invite. The team collectively did well, with impressive wins during the men’s saber matches lead by senior Alex Gorloff, and the women’s team victories outnumbering their losses.

“A huge highlight would be the performance of our women at Army. Since women’s meets are more scarce, this is really the first time our women have had a chance to show off their skills,” junior co-captain Sam McQuillen said. “They did exceptional in all of their bouts, which was really great to see.”

“The women’s team hasn’t had victory over another team in a number of years, so this really boosted our confidence.” Sikorsi said.

However, McQuillen says this performance did not necessarily come easy for the Leopards due to the lack of time warming up.

“Due to traffic and the complexity of Army’s campus, we only had 15 minutes to get dressed and warm up–that’s practically nothing,” McQuillen said. “We started the day unprepared, and lost some bouts that we shouldn’t have.”

Despite the day’s rough beginnings, the team pulled through, and multiple members of the team had standout performances.

“As always, senior Alex Gorloff of the saber quad did phenomenally, as did his sophomore squad mates, Patrick Rekieta and Ian Miller,” McQuillen said.

This meet has taught the team the importance of the basics and what to focus on during practice.

“Fencing is a sport that requires constant practice of the basics in order to avoid getting rusty,” McQuillen said. “Since our winter break is longer than most schools, we definitely will be focusing on the basics during the next few weeks in order to get our basics back to the levels that they were at before the break.”

“At practice we are going to start recording bouts to watch them over, to see what we are doing right and keep strengthening our skills,” Sikorsi said.

The men’s fencing team will be competing next at John Hopkins on Feb. 21.