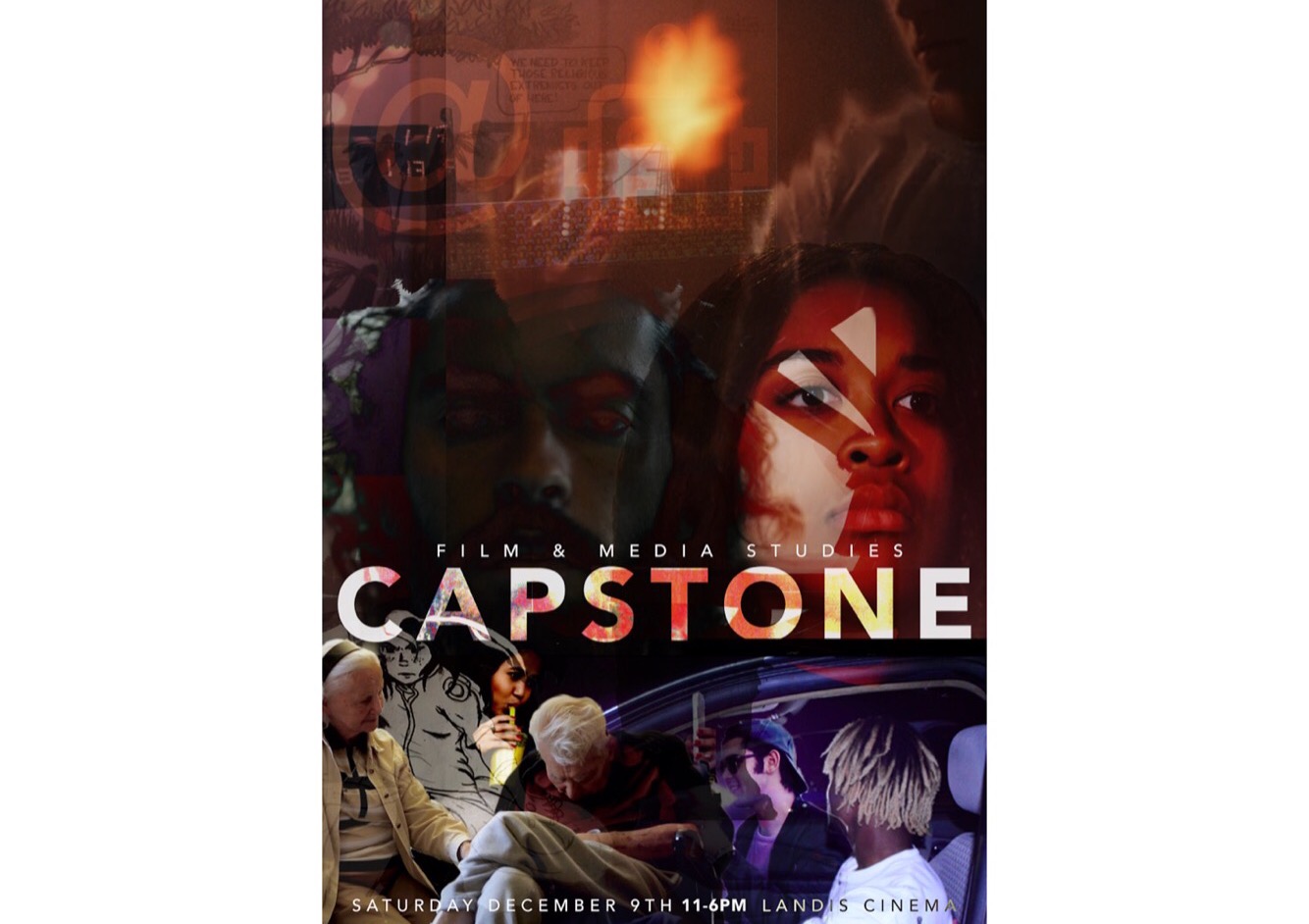 The Film and Media Studies Capstone Premiere presentations vary from robots, the influence of social media, and hair culture to the Syrian Refugee Crisis, someone’s grandmother and coping mechanisms. Presentations will be experimental, documentary, narrative and screenplay styles.

Curated by faculty members, the project is based on personal interests. Twelve Film and Media Studies majors will have the opportunity to present their creations, as well as lead a discussion and a Q&A section. During that time slot, presenters will share their ideas, influences and what they are trying to convey.

“People will expect something polished, competent and semi-professional. They will see this as a way for people to express themselves [and be] self-indulgent,” she said.

According to Professor Andy Smith, students’ final creations were not what they originally started with.

“Each student goes in with an idea. Feedback from the class and professors will change that. Eventually, everything someone started with turns into something else,” he said. “They will give each other ideas, work together, mature and grow up.”

Smith said that the capstone projects “enable students to join a larger conversation [from] a personal level.”

According to the students, they incorporated what they have learned from so many other areas of their lives. They connect topics that are important to them. For instance, politics, culture and history. They take this and fuse it into something creative and meaningful that they want to expose to audiences.

Paganelli said she is excited to see her work come together.

“Apprehensive to see my presentation come together, and I am excited to see it work. This is the last chance to really express myself and show what I’ve learned and can do,” she says.

Crain described feeling proud of being able to dig deep on a personal level.

“When students challenge themselves and help each other [as well as] when they push each other and go further than they’ve imagined,” Smith said.

The FAMS Capstone projects will be presented on Saturday from 11 am to 6 pm at Landis Cinema in Buck Hall.