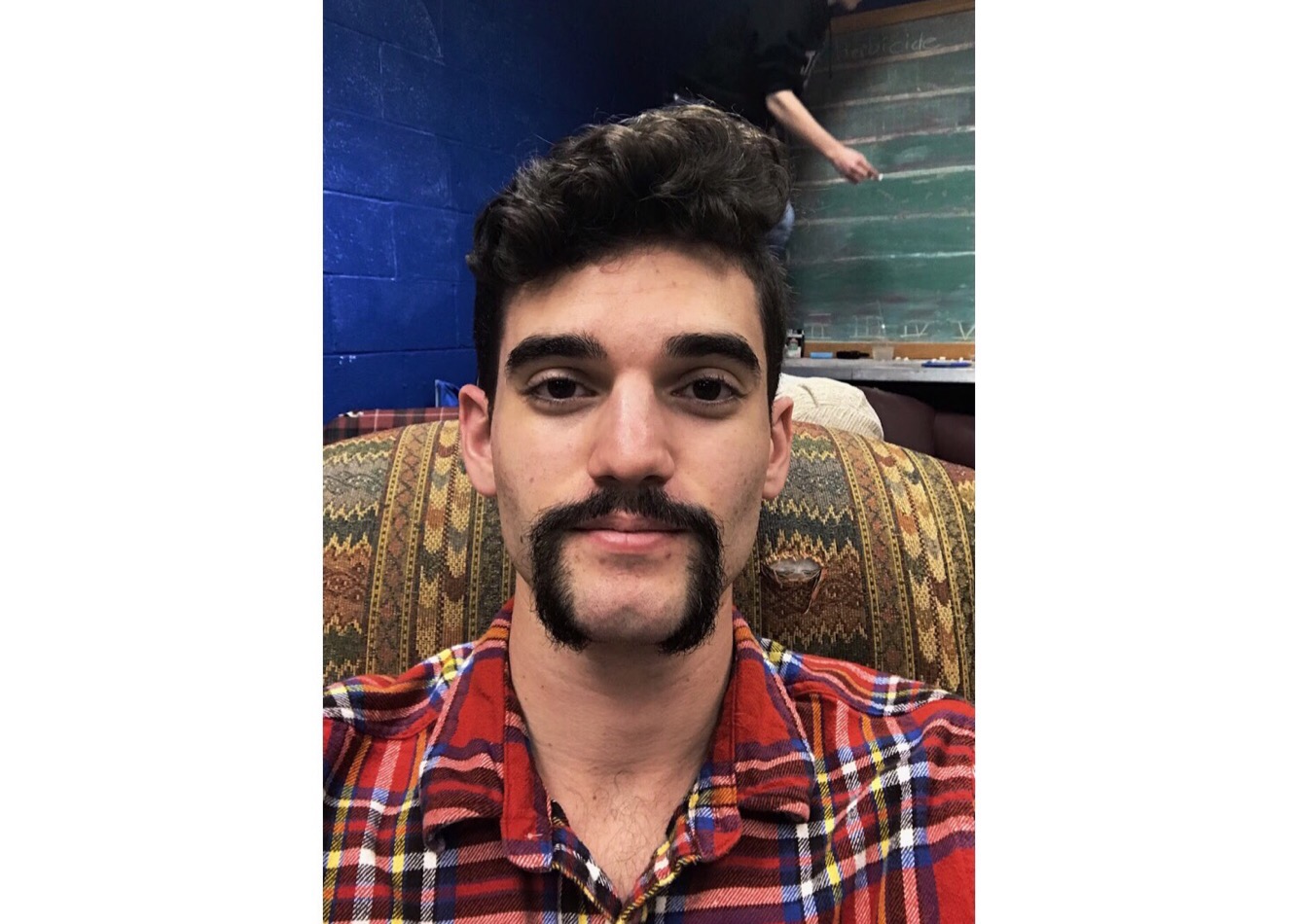 Matt Marchese ’19 shows off his beard he grew during Movember. (Photo Courtesy of Cam Bartlett ’18)

In the course of a month, men on campus grew their facial hair to raise awareness for the Movember fund. In the process, the brothers of Delta Upsilon and Phi Kappa Psi raised over $15,000 for men’s health issues this November.

DU successfully raised $11,076, which was $7,000 over their original goal. Phi Psi was able to more than double their fundraising target, raising $4,605 for the foundation.

“Movember is a non-profit that seeks to raise money to help eliminate the largest problems in men’s health, such as prostate cancer, testicular cancer and men’s suicide,” said Will Baxter ‘19, Phi Psi’s fundraising team captain.

During the month of November, Movember encourages men to start clean shaven and not shave until the end of the month to raise awareness for men’s health issues. Participants like Baxter feel this event allows for men to bring awareness to serious issues in a fun way.

The mustaches the fraternity members grew ranged from short and stubbly to intricate designs.

“Some of the mustaches were rough,” DU brother Cam Bartlett ‘18 said.  “Although, [DU] brother Matt Marchese [’19] was able to grow an impressive handlebar mustache.”

DU fraternity brothers were prompted to become involved in the charity after they tragically lost one of their brothers, Joey Towers ’18, to suicide last year.

“Joey’s battle with depression made me want to do something,” Bartlett said.

By providing education, opening the dialogue and building support systems on mental health issues, Movember plans to reduce the rate of male suicides by 25% by 2030, according to the charity’s website.

Phi Psi members became involved in this year’s fundraiser to both support DU and members of their own fraternity.

“I’ve had family and friends suffer from the exact issues that Movember strives to eliminate,” Baxter said. “I was particularly inspired by DU’s Movember efforts after the loss of their brother. I’d say it was the culmination of these events that led to my participation in Movember this year.”

Additionally, Baxter said the fraternity plans on participating in the fundraiser again next semester. “Start filling up that piggy bank back up as we’ll be back next year,” he said.

After DU’s impressive fundraising amount, Bartlett feels positive about the future of fundraising efforts and support for men’s health issues.

“So many people are directly affected by the issues Movember focuses on and so they were willing to help the cause,” Bartlett said.

“This is a cause that means an unbelievable amount to me and my brothers so seeing that so many other people care about it too gives me hope that something meaningful can be done about it,” Bartlett added.