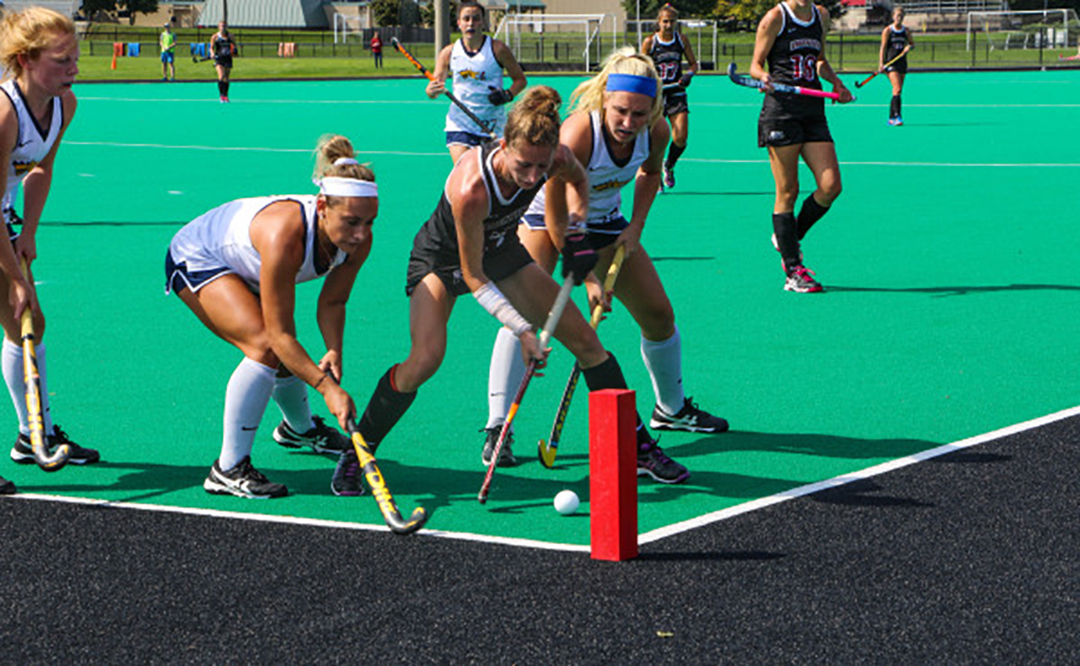 After concluding her final Lafayette Field Hockey season with being named Patriot League first team and an NFHCA Division 1 Senior Game alternate, senior midfielder Ellen Colbourne was named to the National Field Hockey Second Team All-Mideast. Colbourne said she credits her success to a change in position on the field.

“This season I moved up to forward and was able to have more of an impact in our attack than in previous seasons,” Colbourne said. “I think each year, with more experience, you become more confident on the field which allows you to have a bigger impact in the game.”

With her most recent achievement of NFH Second Team All-Mideast, Colbourne said her family is one of many reasons behind her achievements.

“My parents were always willing to drive me to practice and stand on the sidelines in the pouring rain to support me,” Colbourne said. “When I was younger my dad and I would always go up to the field near my house and he would help me work on my skills to get better.”

Similarly, Colbourne is following the footsteps of her grandmother, who used to play field hockey.

“I think my granny played a big part in my success,” Colbourne said. “My granny played on the Canadian National team, and I always looked up to her. She inspired me to work my hardest and get better.”

Colbourne has started every game during her four seasons at Lafayette, earning multiple Patriot League honors during her time here.

“Going into my last season I just wanted to give it all I had,” Colbourne said. “I think I left it all on the field this year. Of course I wish as I team we had a better result to our season, but I am always proud to be apart of LCFH. I really hope the best for the team in the future.”