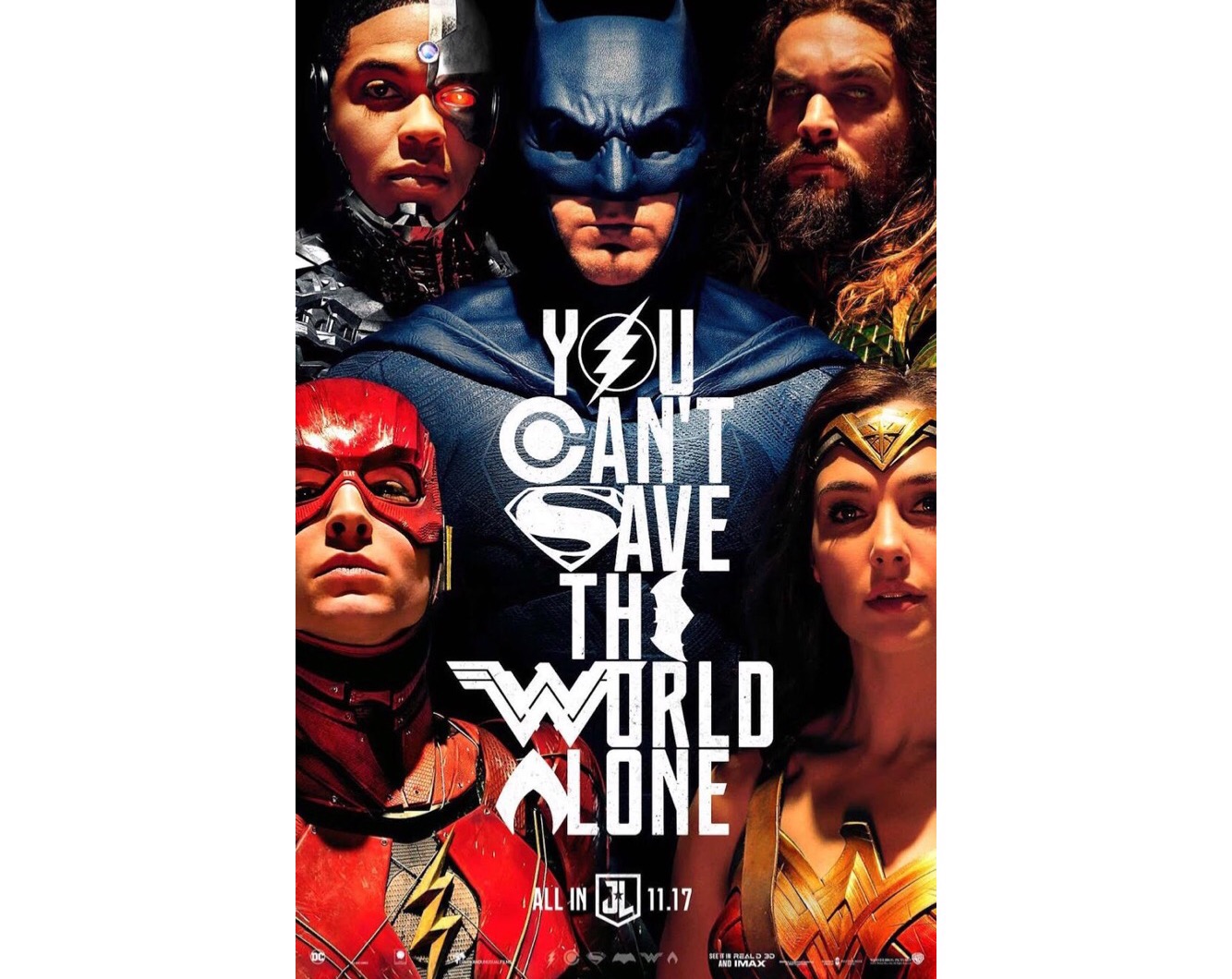 ‘Justice League’ is far from perfect (Photo Courtesy of IMPawards.com).

“Justice League” may be one of the most divisive movies of the year among fans. Of the four films in the DC Extended Universe thus far, I love both “Wonder Woman” and “Man of Steel,” I like “Batman vs Superman” and I dislike “Suicide Squad.” Hopefully, beginning with this will provide context for my thoughts on “Justice League.”

“Justice League” stars Gal Gadot, Ben Affleck, Ezra Miller, Jason Momoa, Henry Cavill, Ray Fisher, Amy Adams, Jeremy Irons, Diane Lane and more. I could go on for a while—it’s a huge cast. In the aftermath of Superman’s death, the world is struggling. All the while Batman begins to fear something cataclysmic is coming. After an encounter with a mindless alien known as a Parademon, Batman and Wonder Woman must assemble a team of enhanced individuals to stop the super villain, Steppenwolf.

There were rumors that “Justice League” was a mess long before director Zack Snyder stepped away from the project. However, once Joss Whedon was brought on to finish this past summer, the film underwent heavy reshoots. The differences between Whedon and Snyder are incredibly apparent at first. In the first act the film feels like it tonally shifts between every scene, making it very easy to tell which scenes were Snyder’s and which were Whedon’s. However, as the film progresses, the movie blends together and their styles mix, not perfectly, but good enough.

The biggest fault of “Justice League” beyond its production issues is its villain. The villain, Steppenwolf, gives even the emptiest Marvel villains a run for their money. Steppenwolf is one of, if not the most, boring and characterless comic book villains of all time. The fact that the character is entirely CGI and looks like he belongs in a video game just makes it worse.

However, “Justice League” focuses on something else. It’s driven by its characters.

The dynamic and conflict between the entire team itself is phenomenal. Gal Gadot as Wonder Woman is just as fantastic as she was in her standalone movie. Ben Affleck’s Batman rivals Keaton in its dedication to the character. Gadot and Affleck’s chemistry drives the film and is one of the best parts. Newcomers Miller, Momoa and Fisher mix incredibly well with the team dynamic, and they all seem to bring something different to the fold. The audience can relate to Miller’s Flash jumping for joy at the reality of what’s on screen. Momoa’s standoffish and rugged Aquaman felt at times underused but rife with potential. Lastly, Fisher’s Cyborg was fantastic in his internal struggle with the character he’s turned into.

“Justice League” isn’t perfect—it’s far from it. It’s still a wildly entertaining movie, and at times, it’s surreal in its execution. It left me counting the days before I can return back to the reinvigorated world of the DCEU. “Justice League” receives a 14/20.