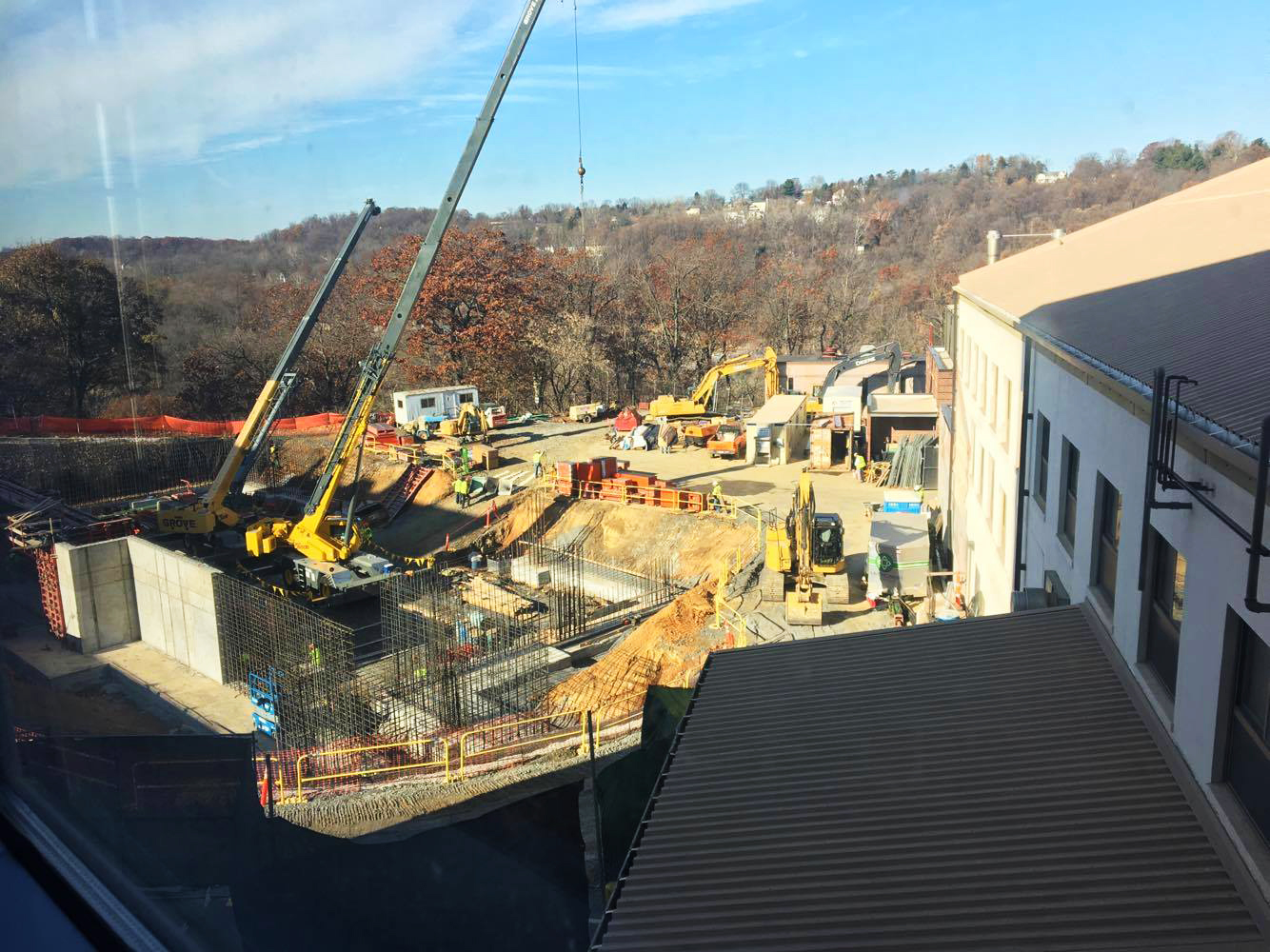 Looking down from the window from the fourth floor of Acopian, one can see the skeleton of the Rockwell Integrated Sciences Center beginning to form, but with the extensive construction comes noise that has disrupted classes in the Acopian Engineering Center.

Vice President of Finance and Administration Roger Demareski said he was aware of one complaint in response to the removal of the retaining wall that is adjacent to a classroom.

“Last week we were removing the existing retaining wall, and it was causing some noise in a certain class so we stopped until the class was over,” Demareski said.

Mechanical engineering professor Karl Seeler teaches a class at the west end of the building, next to the construction work, and wrote in an email that he has experienced disruption while trying to teach.

“The vibration of the hammering travels through the reinforced concrete frame of Acopian. During lecture earlier this week, the floor of the room above resonated with the chipping hammer’s frequency. It sounded as if the machine was in the room above rather than on the other side of the wall,” Seeler wrote.

Aside from removing the retaining wall, the construction group has also had to break up part of non-structural foundation that is connected to the AEC.

“There’s a section of [the foundation] that needs to be removed…they need to break that concrete up, [but] it’s our foundation and they need to take a piece of it off. It’s going to be noisy. There’s no other way to do it,” Director of Engineering Scott Hummel said.

Demareski said the typical construction day occurs from about 7 a.m. to 3 p.m. However, Seeler wrote that he feels these times are inconvenient for classes.

“It is impossible to make oneself heard over the noise created by the chipping hammer. When the College next plans construction adjacent to an academic building the contract documents should restrict use of chipping hammers to between 4:00 pm and 7:00 pm when no classes are in session,” Seeler wrote.

The noisiest part of construction involved taking down the retaining wall and breaking the existing concrete, Demareski said. Once they actually start building the structure, the noise is expected to diminish.

Construction is going according to schedule, Demareski said. The foundation is being finished, and structural steel is expected to start in January or February. Additionally, there will be a temporary road that runs from Hamilton Street in front of Oechsle Hall and around the parking garage to transport the steel to the site.

While there have been some complaints, Hummel said Turner Construction has been responsive to the needs of the faculty and students and stop work when needed.

“They’re building a six-story building next door, so there’s going to be noise… but I have to say that they’ve been fantastic about responding to our needs. They really have,” Hummel said.

“We have a very good communication system, the faculty know how to reach out to us or to our project manager,” Demareski said.

However, Demareski added they are aware of the upcoming exam schedule and reading days and are planning accordingly.

“They’re trying to build a building, and we’re trying to teach classes and trying to mesh those things can be difficult,” Hummel said.