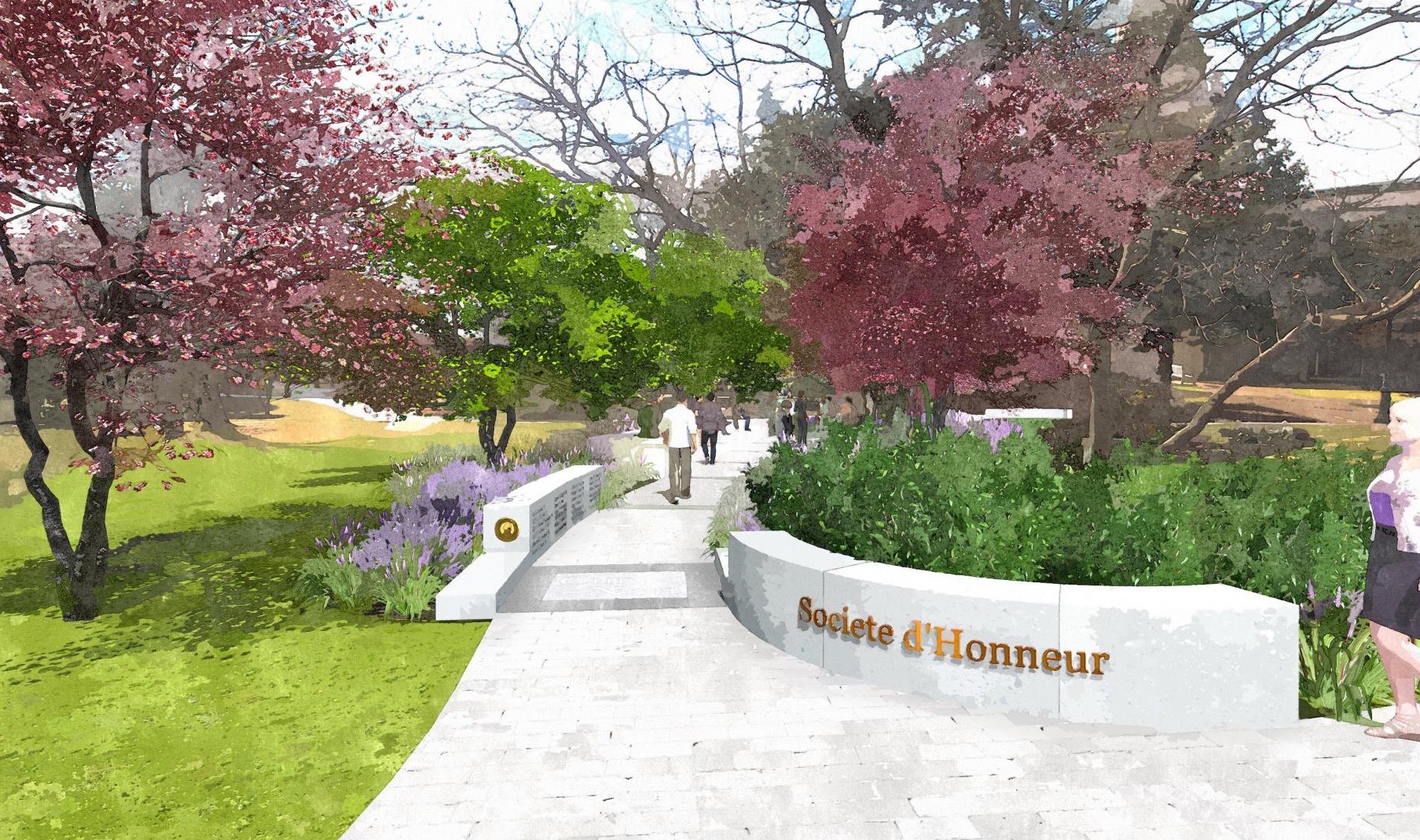 The proposed design for the expansion of the Société d’Honneur Plaza behind Pardee Hall. (Photo Courtesy of Roger Demareski)

The sidewalk construction project going on behind Pardee Hall, with costs at $200,000, is meant to expand the Société d’Honneur Plaza and provide more space to recognize donors who have made significant gifts to the college, Vice President of Finance and Administration Roger Demareski said.

The project is being funded by both the college and the capital campaign, and the plaza itself offers special recognition to donors who have contributed at least $1 million to the college over the years, he added.

The Société d’Honneur was formed by the Board of Trustees in 1986 to recognize “exceptional lifetime generosity” from donors to the College, according to its website.

“The financial support of the 29 inaugural members spanned the first 160 years of the College’s history and strengthened every facet of College life…Since the 29 members were inducted on April 4, 1986, the Société has grown to include over 125 alumni, parents, and friends,” Vice President of Development and College Relations Kim Spang wrote in an email.

Last year was the 30 year anniversary of the society. With this celebration, Spang said the college decided to expand the recognition space that honors Société members. The expanded walkway will provide the space necessary to include the names of the newest inductees and additional room for 100 more names in the coming years.

While the sidewalks are almost completed, the project itself isn’t. Demareski said the college is waiting for granite slabs that will border the walkways to both be inscribed with the names of donors and serve as a seat wall or bench. The slabs will be installed in about 12 weeks, he wrote in an email. The sidewalks will be closed again when they are installed.

The college will hold a celebration later in the spring to honor new members, Spang said. The event will also celebrate all of the college’s previous inductees and the expanded Société d’Honneur plaza and walkway.