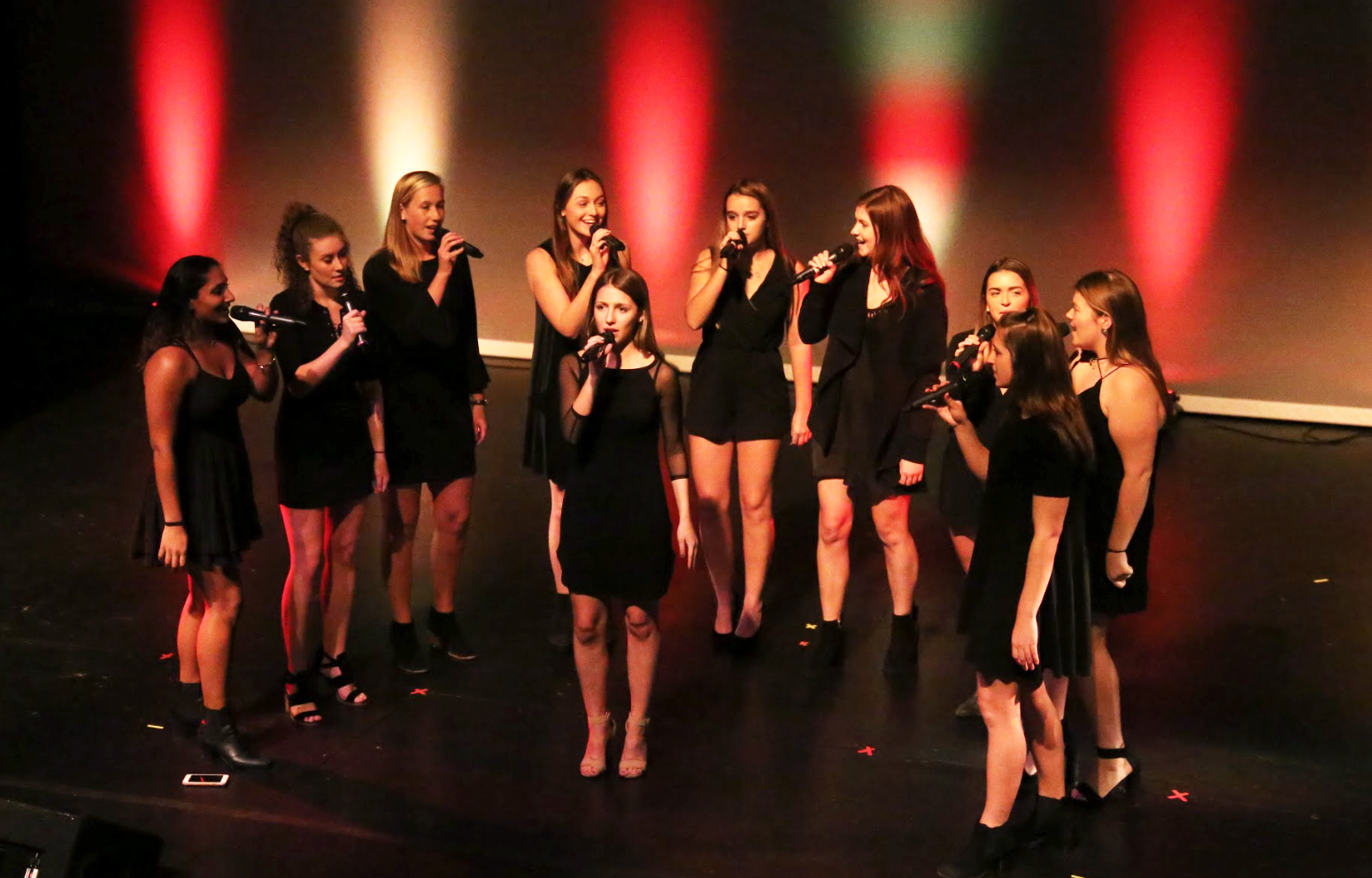 The chance to perform at New York City’s famous Radio City Music Hall does not come around for most. The college’s only all-female a cappella group, Cadence, will get this opportunity as an opening act for the Nov. 26 Rockettes’ Christmas Spectacular.

“We’re really excited and have been rehearsing a lot, and we’re appreciative we have the opportunity to sing on Broadway for a night,” said Aidan Trevisan ’19, president of Cadence. The group has decided to sing “Carol of the Bells” and “Hallelujah,” songs they have been rehearsing for a year, she added.

Trevisan said that the group was invited to perform by Jennifer Kurowsky, the daughter of a Lafayette alum. Kurowsky came across some of Cadence’s YouTube videos and was interested in having them open for the Rockettes, according to Trevisan.

Cadence’s musical director, Maya Iyer ’20, called Kurowsky right away to arrange the show, Trevisan said. Members of the group are required to purchase tickets which they can give to friends and family, and they are allowed to perform songs of their choosing for their five-minute time slot.

“We are really [fortunate] for the opportunity and that all of our family and friends will see us sing,” Trevisan said.

Cadence has been focusing on techniques such as blending and stage presence and are trying to perfect these skills the best they possibly can, Trevisan said.

Cadence’s plans do not stop with the Radio City Music Hall performance. Trevisan said the group will continue producing videos for YouTube and has plans to audition for the International Championship of Collegiate A Cappella (ICCA) next year.

“At first, we thought [Kurowsky’s email] was a joke, but when we heard that [the Chorduroys] got the same email, we were excited,” Trevisan said. The Chorduroys decided not to perform due to costs, but they recently learned that for the first time since 2009 the group will be performing at the ICCA, according to president of the Chorduroys Allie Rosen.