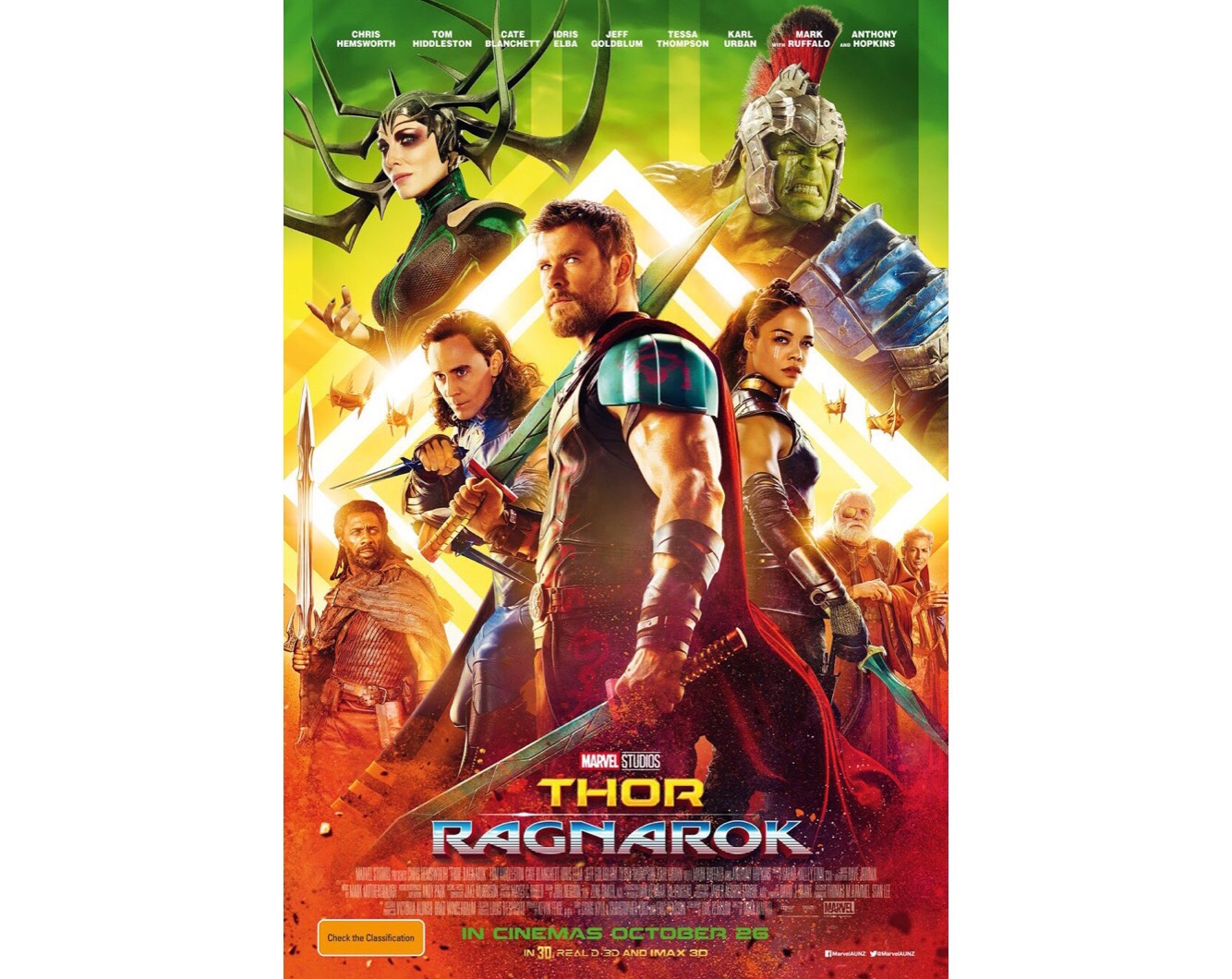 ‘Thor: Ragnarok’ is the best of the Thor movies (Photo Courtesy of JoBlo.com).

You’d think after 17 movies, Marvel would finally mess up. While “Thor: Ragnarok” doesn’t feel that new, it boasts more comedy and higher stakes in comparison to its predecessors, marking another success for the Marvel Cinematic Universe.

“Thor: Ragnarok” stars Chris Hemsworth, Tom Hiddleston, Cate Blanchett, Tessa Thompson and Jeff Goldblum. The movie begins where Thor (Hemsworth) left off in “Avengers Age of Ultron,” on a quest to stop Ragnarok: the end of times. During his search, a new danger appears: Hela (Blanchet), the goddess of death, who wants to conquer Asgard and return it to its old glory. Thor and his brother Loki (Hiddleston), in trying to stop Hela, get lost on Sakaar, a planet run by the Grandmaster (Goldblum). While there, they meet many old and new characters, like Scrapper 142 (Thompson), a bounty hunter with a past. Thor and Loki must find a way to escape the planet and stop Hela on Asgard.

The strongest feature of “Thor: Ragnarok” is its director Taika Waititi. Waititi directed one of my favorite comedies of all time, “What We Do In the Shadows.” He brings his excellence in lighthearted comedy to this film. For a director who’s never worked on anything big budget, he achieves so much with this film. The way he shoots the film is very dynamic and he brings an incredible feel and color throughout the space of the film.

Waititi also balances a crazy amount of darkness with the humor in this movie. His lighthearted style balances the heavy parts of the film. While this works most of the time, it also at times leads to larger events getting swept by the wayside. No matter what, “Thor: Ragnarok” wouldn’t be what it is without Waititi’s direction.

Hemsworth as Thor is better than ever. After four films as the character, he’s fully immersed in the role. His character begins “Ragnarok” in a much more mature way than his character at the start of the first Thor.

For anyone who has loyally followed Thor’s character development, it’s clear to see how he has evolved. Tom Hiddleston as Loki demonstrates the great chemistry he has with Hemsworth’s Thor, as well.

Blanchett’s performance as Hela stands out as one of the better villains in the Marvel universe. While she isn’t as developed as Loki was by the time of “Avengers,” motivations and backstory make her much more interesting to see on screen than Malakith, the villain from “Thor: the Dark World.” Tessa Thompson also brings a welcome new edition to the cast. I can’t talk too much about her without spoiling who her character is, but she brings so much to every scene she is in.

“Thor: Ragnarok” attempts to tackle bigger stakes. However, by tackling bigger issues it skips over a lot of events that should have major impact on the Thor universe. “Thor: Ragnarok” is easily the best Thor movie, however it doesn’t stack up when compared to the biggest hits of the Marvel Cinematic Universe. “Thor Ragnarok” lands a solid 15/20.