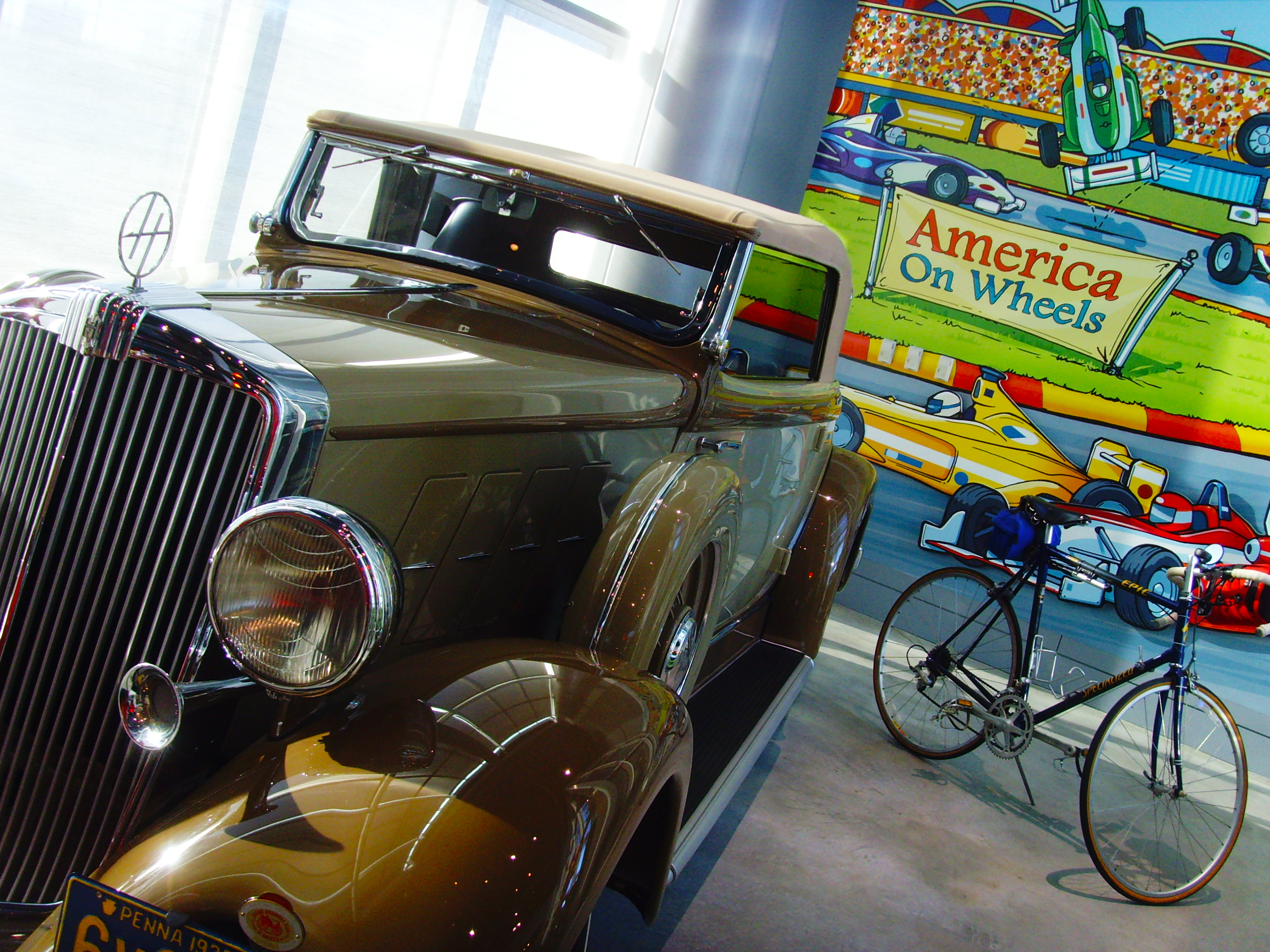 America on Wheels museum in Allentown exhibits history of the automobile (Photo Courtesy of Wikimedia Commons).

For students stuck on campus this Thanksgiving and looking for an interesting day trip, why not take a trip out to the America on Wheels museum? If you take a trip to Allentown, you could see some of your favorite childhood movie cars in real life. A mere 25-minute drive is worth it for this quaint, quirky museum that is bursting with character.

From carriages to Camaros, the museum’s collection boasts over 75 bicycles, motocrycles, automobiles and trucks spread out between two floors’ worth of exhibits. If that’s not enough, there are rotating exhibits on the second floor as well as a nostalgically retro HubCap Café and a vehicle art gallery featuring artists such as Bill Bravo.

As most of the vehicles are on loan, there is a regular turnover between exhibits every six months, which keeps the museum lively and engaging. Currently, the exhibits on display feature “They’re Only Original Once, Survivor Cars” and “The Cars from Transformers” featuring cars such as Bumblebee and Megatron.

The museum is houses the archives of Mack Trucks as well as the 1889 Nadig Gas-Powered Carriage, one of the first gas-powered vehicles to be driven in America, according to RoadsideAmerica.com.

In addition to great exhibits and a stellar collection, the museum regularly hosts fun events that makes each trip unique. Some notable upcoming events include the LV Thunderbird Club, a self-tour, on Nov. 11, Dorney Park & Mahoning Valley Speedway Reunion, in which the drivers will be inducted into the Hall of Fame, on Nov. 12 and a special Holiday Train Display which will be opening Nov. 24.

The America on Wheels museum is open January through March and April through December. The museum is open Tuesdays through Saturdays from 10 a.m to 5 p.m. and on Sunday from noon to 5 p.m. General admission is $10, however, a group of 10 or more adults is only $8 per person, so be sure to bring friends.