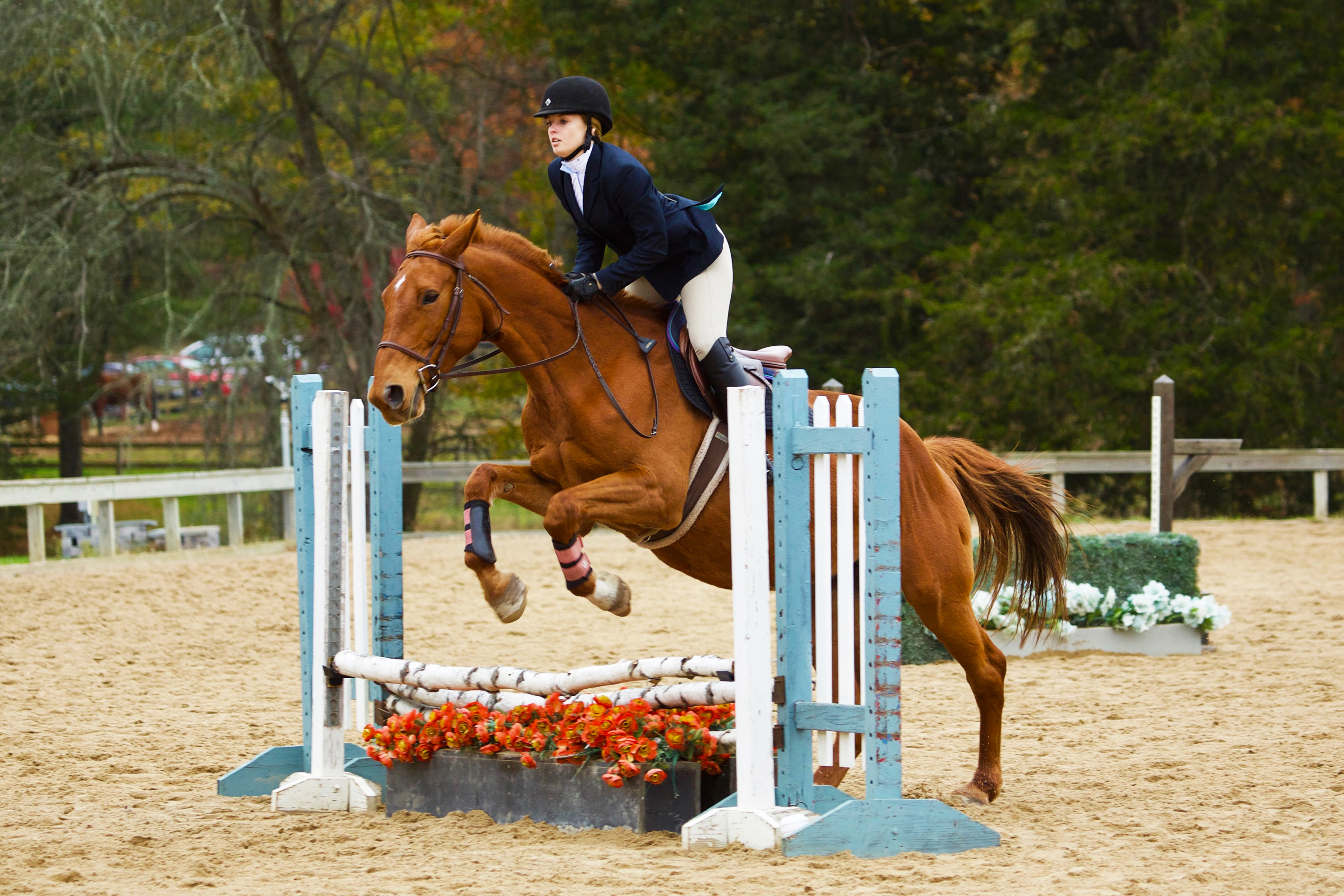 After almost doubling in size since last year, the Lafayette Equestrian team finished its fall regular season this weekend tied with Rutgers for first place in the 10-team region. Lafayette will be sending 9 riders to the Holiday Tournament of Champions invitational in Ohio on Dec. 2, the first time in two years that they’ve sent anyone to the national competition.

This weekend was the club team’s only home show for the season. They finished 3rd and found out soon afterwards that 3 riders qualified for regionals in the spring. The team then received an invitation on Nov. 7 to the Holiday Tournament. Coming up on Nov. 19, senior co-captain Rebecca Bender and senior Taylor Corsi will be competing in the Battle in the Saddle invitational.

“[The home show] was hectic but it was…arguably the best-run show that Lafayette’s done in quite a while, so we were all very proud of ourselves,” Bender said.

Bender, who has been riding horses since age 6, has earned honors individually this season. The Intercollegiate Horse Show Association chose her as its spotlight rider for the month of November, and she said she is currently in first place for the Cacchione Cup rankings, awarded to the rider with the most points in the highest division of the IHSA.

Some of the team’s riders had never ridden a horse before this semester, and others have been riding nearly all their lives, junior co-captain Justine Perotti said. She pointed out that with this range of experience, the team has been able to sustain a place at number one in the region throughout the fall.

“Overall it’s been an up-and-down season,” she said, “but we’ve stayed decently consistent, and we have kept our lead throughout the entire season which has been great.”

Perotti noted that out of everything that happened in the season, the high point for her was the way her team acted on and off the horse.

“When Lehigh had to host [their show] we all stepped up in sportsmanship. We all helped take down the course. We just all stepped up together as a team even though we didn’t have our full team there, we showed that we’re very appreciative [of Lehigh hosting], even though we weren’t officially hosting,” she said. “We were able to step up as a team and we didn’t have to ask anyone to help hold horses or take down jumps, we just had everyone ready.

Perotti said that she has been impressed by how the team has become more cohesive since her freshman year.

“It’s amazing to have more and more girls sign up…compared [to] Lehigh, even though they’re a bigger university. We have around 30, while they have only have around 7,” she said. She added that Lafayette’s squad is almost as large as Rutgers’, a university of nearly 40,000 students.

Bender attributed some of the growth in the team this semester to the team’s showing at the involvement fair.

“During the involvement fair, we actually brought a pony to the quad which drew a lot of attention,” she said.

Although the team has a coach who supports them at most games, Perotti said that much responsibility falls to her and Bender as captains and the rest of the board to set up logistics.

“The board works together setting up lessons, we set up all the money, and set up organizing hotels and everything like that,” she said.

After the Battle in the Saddle, the nine riders going to the Holiday tournament will be making the 8-hour drive to Ohio for the national invitational on Dec. 2.