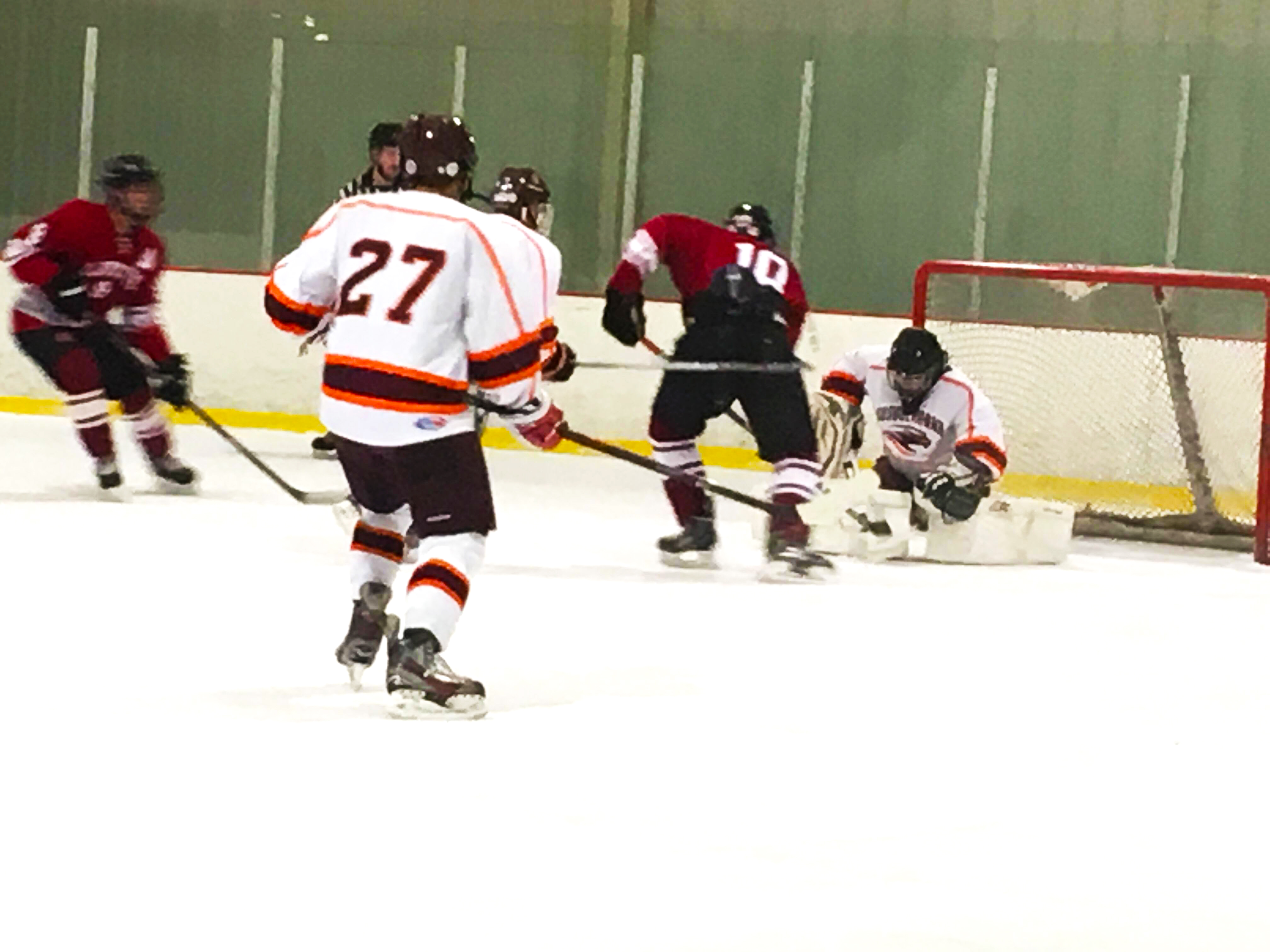 The Lafayette men’s club hockey team played against Susquehanna on Saturday, Nov. 4, dominating the game with a final score of 9-4. Seven members of the squad scored points, attained with assists or goals, with junior Simon Rybansky finishing the game at five goals scored.

“The game went very well, and it was a great change in momentum regarding the confidence of the team,” Rybansky said. “We were able to execute our systems well, which lead us to a big victory.”

Rybansky attributed his success to the help of his teammates.

“My success was very much propelled by the play of my teammates,” he said. “My linemates consistently set me up with great passes and the work they put in was unparalleled. As a line, we actively build our offensive strategy around each team we face, and this approach is why our line is able to be so productive.”

Captain Parker Gaglione, who had a goal and two assists, said his teammates are a large part of his individual success, as well.

“I find myself more as a playmaker than anything else. I like to get into the corners. I like to look for the open man, but it’s a testament to everyone around me,” Gaglione said. “It’s not so much my ability as much as it is everyone else’s ability and what everyone else around me is doing to make me a better and stronger player.”

Rybansky said the team tries to play with high intensity through the entire game, regardless of whether they are winning or losing.

“It’s extremely difficult [to not get too comfortable], and this attitude has led us to lose some games in the past,” he said. “However, I think everyone, both coaches and players, attempt to avoid this regularly. It is easy to get comfortable with a lead, but when you have teammates and coaches continually pressuring you to keep up the pace, it helps substantially.”

Galgione agreed that it is crucial to stay alert throughout the game, even one where the lead is substantial.

“It’s incredibly hard to take your mind off of the score,” Gaglione added. “You could be up by two or three goals, and that’s one of the most dangerous leads to have. We know we have to stay focused and keep our foot on the gas pedal. With the teams we play, if you relax during the game and a couple of minutes go by, they can take the lead or tie it up.”

“[Last weekend’s game] showed us that we can win big against them,” Rybansky said. “We have to go into the next game with the same approach that we had previously and make sure not to be too comfortable. As a team, we have to stick to our systems and remember that every game counts.”

“We have to go in with the mindset that we had two wins against these teams before, but that doesn’t mean it’s going to be any easier this time around, and we all understand that,” Gaglione said. “We have such a cohesive team this year that everybody understands…how to contribute into a successful team.”