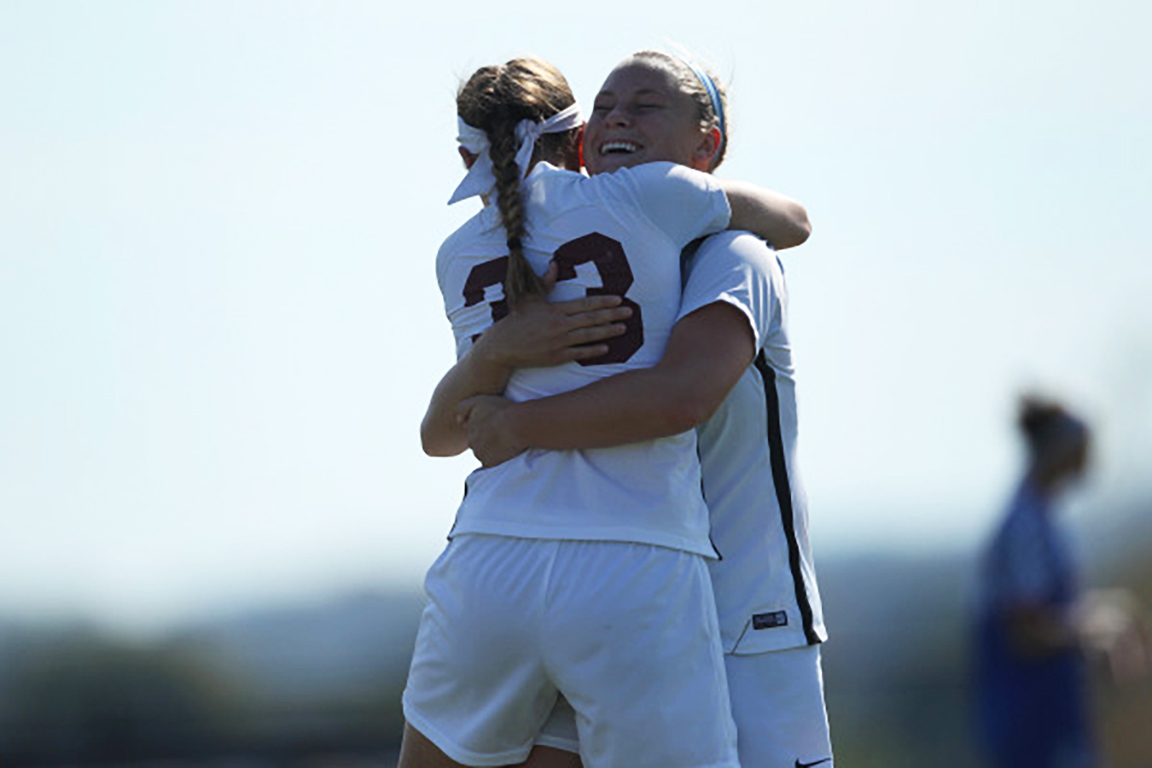 In their last conference game, Lafayette women’s soccer played Loyola Maryland on the road on Oct. 28. A goal in the 66th minute not only won them the game 1-0, but carried them into the Patriot League Tournament. After the first half, the team increased their energy and intensity to earn a win.

“I’m in goal so I don’t go into the halftime talk, but I know he said it’s do or die,” said freshman goalkeeper Maggie Pohl. “He always says things that resonate and mean something more than just soccer. I imagined he said something specifically to the seniors because it was their last game if we didn’t win.”

In the 66th minute junior forward Alex Stanford was able to get one in the back of the net with the help of sophomore forward Alexa Buffa and senior defender Gabrielle Lassinger.

A strong defensive effort, along with four key saves by Pohl and two by senior goalkeeper Kelly O’Brien, helped ensure a shutout for the Leopards.

“The saves let the team know that I’m there, and in the second half Kelly is there,” Pohl said. “It lets them know that we have their back, no matter what we’ll be there.”

Loyola outnumbered Lafayette on shots and corners, but did not capitalize on these opportunities. In the end, the Leopards’ ability to finish secured them the game.

“Majority of their opportunities came in the first half, and we definitely outplayed them in the second half,” said Pohl. “We don’t necessarily get the final product, but when we do, we capitalize, rather than having a multitude of chances but not really capitalizing.”

The Leopards entered the Patriot League Tournament on Oct. 31, where they matched up with Boston University. They walked off the field with a 1-0 loss, bringing their 2017 season to an end.