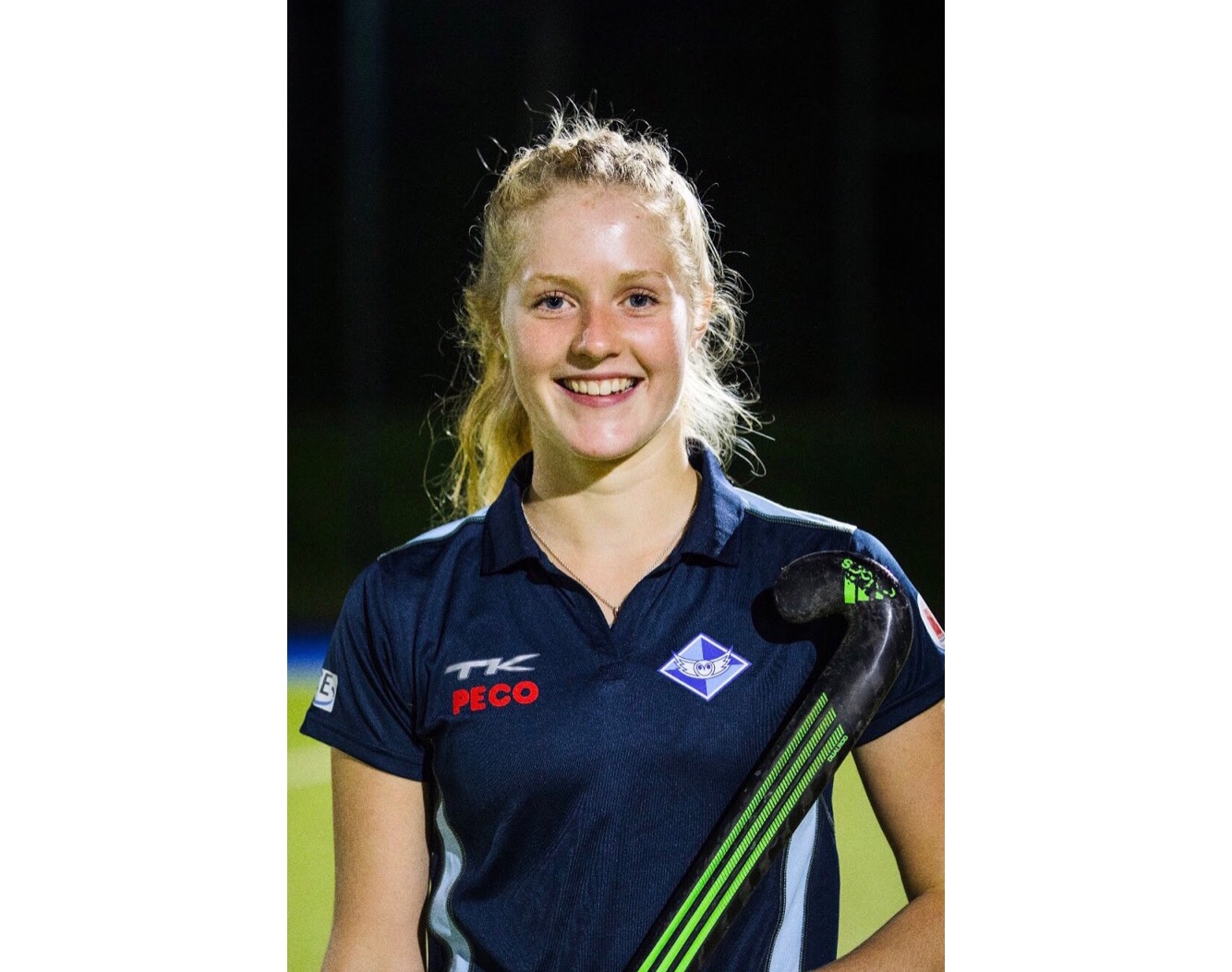 This week The Lafayette takes a timeout with midfielder and defender Anna Steps ’21, who was named Patriot League Rookie of the Week last week.

Matt Benusa: You were named last week’s Patriot League Rookie of the Week. How does that feel?

Anna Steps: It feels good. We changed something in our penalty corners, so I was put into the spot where you deflect the ball into the goal. One of the players on the team sweeps the ball from the top of the arc to me, and it got me five goals, or maybe four. I don’t remember how many.

MB: You obviously played well at the end of the season, but how do you think the season went for you as a whole?

MB: Even though the field hockey team didn’t make it to the Patriot League championship, do you think the team did well this year?

AS: I think we started the season strong, and then we had a losing streak of six games in a row. That just showed us that we are not able to score goals, and our penalty corner [conversion] rate was not good enough. Overall, we just had a problem with scoring goals this season. It was frustrating in the middle of the season because statistically, we should have won every single game, but we were just unable to score goals.

MB: With such a young team, there’s obviously room for improvement. What do you think the ceiling is for the future of Lafayette field hockey?

AS: We’ll definitely get strong for the future, and we’re all very excited for the incoming freshman class…I also think that our freshman and sophomore classes connect very well on the field, so I think the future will be good.

MB: Being a first-year and moving all the way from Germany, was there a culture shock in regards to how the game is played?

AS: I remember at the first practices, I was super confused because the play style was different. In Germany, we like to play very safely and transfer the ball across the backfield. Here, the play was very forward and aggressive. That was a little difficult in the beginning, and the first practices were very hectic.

MB: What it it even like to move halfway across the world to attend college, let alone to play field hockey?

AS: I remember that I cried every day during preseason, and the first thing I hated here was the smell of the water. My family visited last week, and the first thing my mom said was that she could not understand how I can live here with this water. I told her I got used to it and after a couple days or weeks, you don’t even smell it anymore. But I am so so happy to be here.

MB: What’s the biggest difference between home and the United States?

AS: If I would have went to university at home, there wouldn’t have been such a big campus life. In Germany, you usually don’t live on campus.

AS: It was at home when we played the state championship. We played against our rival club, and we have always had close games, which they mostly won. Then we played the semi-final against them, and we were 1-0 behind. We came back and won the game 2-1. That was the best game I ever played.

MB: Sports teams in general usually have a lot of superstitions or traditions, what are some of your favorites for field hockey?

AS: We invented a new tradition this year. Cody Hunsicker, one of our seniors, does this ‘Rah’ before every game, after every practice and even after every meeting. We form a circle with a little way in for Cody, and then she dances into the circle and says ‘Rah on the three!’ I hope someone will continue doing it, since she’s a senior. We also have little triangles where we write before a game, whether it’s funny quotes or motivational quotes. Everyone writes one and throws it into, and we read it out loud before a game.

MB: How did you get into field hockey?

AS: My favorite color is blue. The whole team makes jokes about it because I always wear blue.