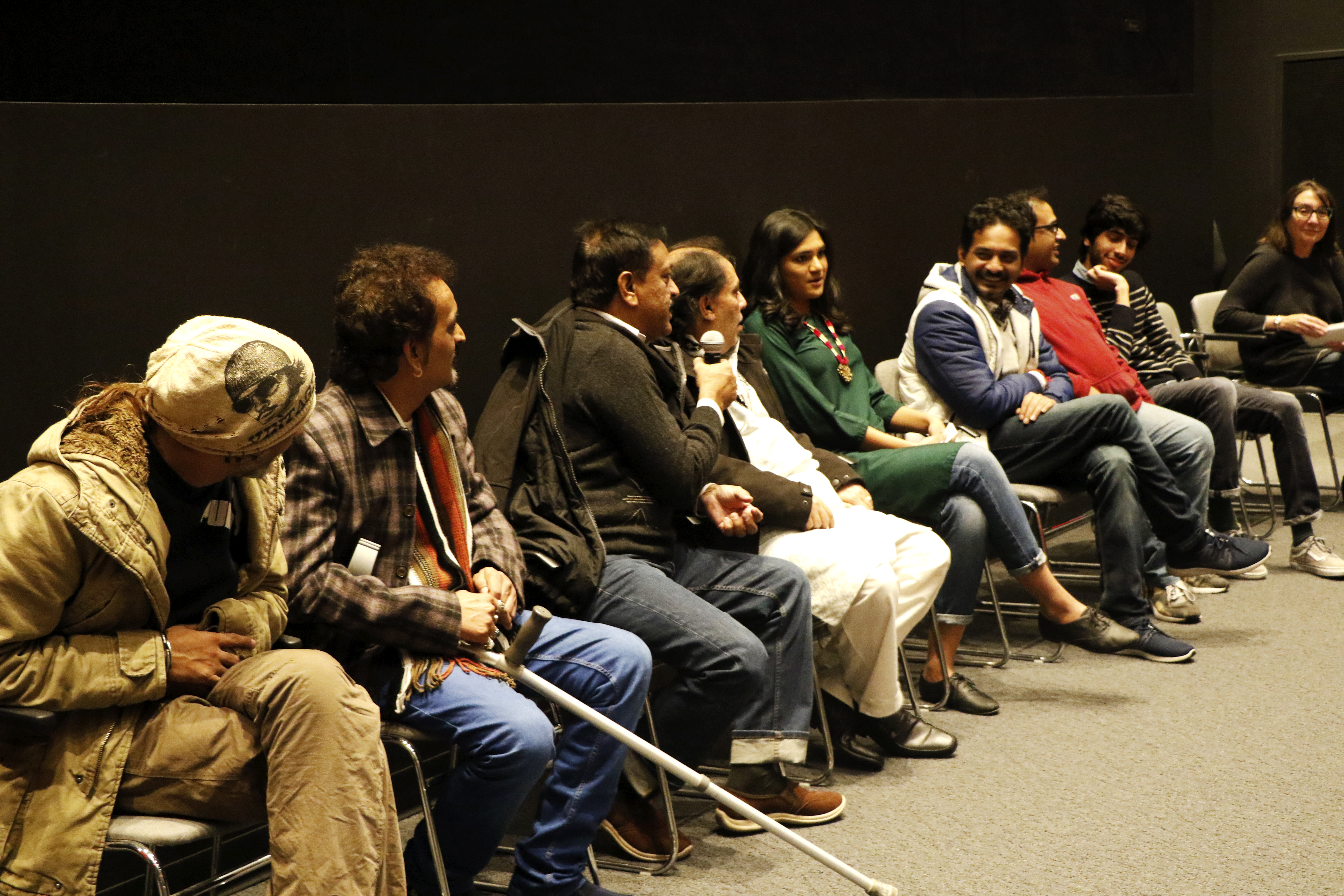 The film screening began with an introduction of each player in the ensemble and their specific instruments. Each member of the ensemble expressed a strong passion for music and shared that it had been in their families since childhood. According to the ensemble members, the group played wherever and whenever they could although it was often difficult with suicide bombings and violence corrupting Lahore.

Set in the streets and studios of their beloved city, the film follows the ensemble on their journey from Pakistan to New York, where they performed at Lincoln Center in 2013.

Because the group knew they did not have a large local following, they decided to fuse western harmonies with a Pakistani twist. One member of the ensemble said the group wanted to create “global music that came from Lahore.”

They forged classical and jazz music with their traditional instruments and created the Sachal Jazz Ensemble with a variety of unique instruments such as the flute, piano, strings, sitar and more. The group would often practice for hours a day without an audience to perform in front of. However, this changed when the ensemble posted a video on YouTube, which spread like wildfire.

Soon after their YouTube video was broadcasted on BBC, the group was asked to perform at Lincoln Center. Using jazz inspirations like Charles Mingus and Duke Ellington, the group prepared for their biggest performance.

According to the film, not only did the group want to play music for the love of playing but they also wanted to represent Pakistanis as artists.

The film shows the ensemble getting ready for their big performance while practicing with Lincoln Center’s Artistic Director of Jazz, Wynton Marsalis. With nerves and a lack of communication, the group faced several obstacles when getting ready for the show. However, they ultimately gave a successful performance, as shown in the film.

The performance in the film blended unique sounds of drums, the sitar, flute, guitar and trumpets together to form a rich combination of jazz with a Pakistani twist as the crowd cheered in admiration.

During the question and answer session that followed the film screening, one audience member asked if the players received good or bad reception from audiences around the world. A member of the ensemble responded that the mix of jazz combined with their Pakistani sounds was new for people to hear and not many bands had done it before, so it stood out in a positive way.

After their critically-acclaimed show at the Lincoln Center, the players began getting calls from all over the world. The film ended with the group playing for the first time in their own hometown of Lahore.