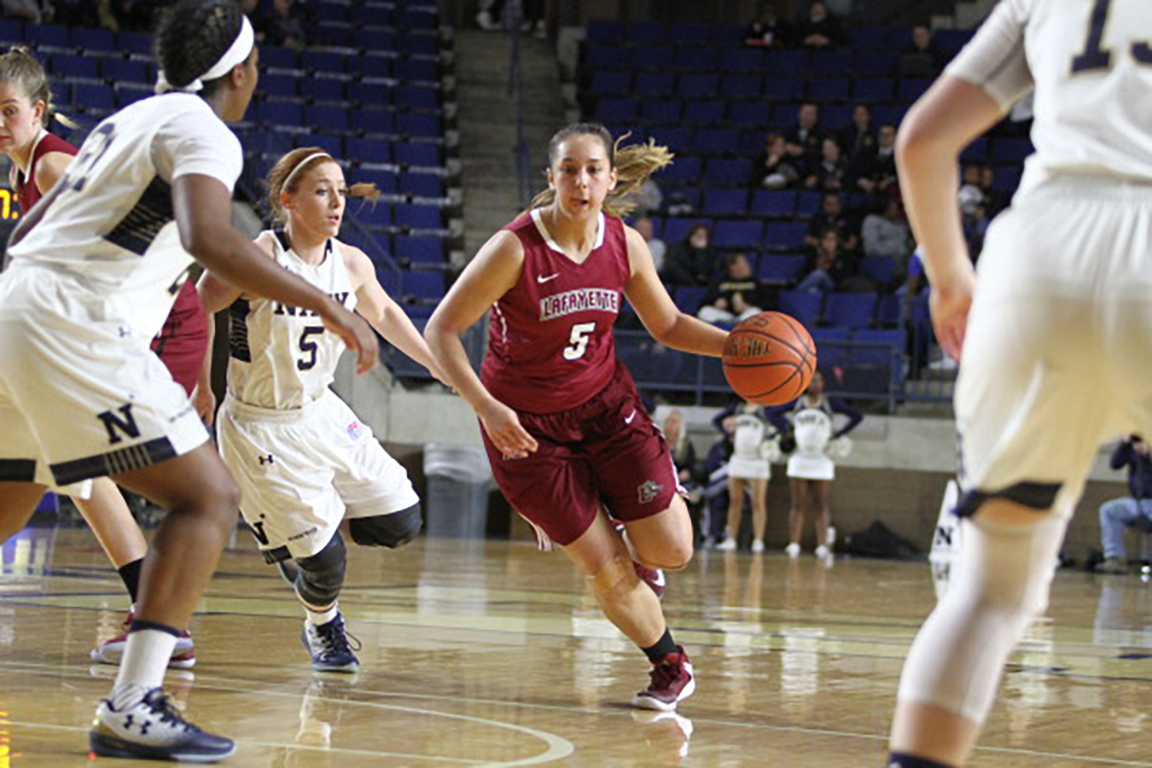 Senior forward Matt Klinewski returns after leading the team last season in points per game (ppg) and rebounds per game, with 16 and 6 respectively, while playing 27 minutes per game. Another player to look out for is sophomore guard Kyle Stout. He ranked 4th on the team with 6.6 points per game last season and excelled in rebounding. Freshmen Alex Petrie, Dylan Hastings and Justin Jaworski are also expected to add to the team’s energy and success.

A big strength for this team going forward will be continuity. Four of the top five leading scorers from the Leopards last season will be returning, as will head coach Fred O’Hanlon for his 23rd consecutive year. When asked about what the goal for the team is this year, O’Hanlon said in a press conference that it’s “to get better,” in all facets of the game. That includes player development, work ethic and wins. The players exhibit great potential; with a young group, there may be some bumps along the road, but development will be key this season.

A huge loss for the team is the departure of captain guard Nick Lindner ’17, the sixth player in Patriot League history to attain 500 assists, who ended his career last year with over 1,100 points. This will be a hard role for the Leopards to replace, as Lindner often led the team under pressure with 13.4 ppg his last season.

Senior guard Sammy Stipa returns after being the only player to start in all 32 games in the 2016-2017 season. Stipa finished the season tied for eighth in steals per game (1.9), eighth in total steals (60) in conference, second in assists (81) and fourth in scoring with 6.7 ppg on the team. Senior guard Anna Ptasinski also returns after seeing action in 31 out of 32 games last season. Ptasinski ranked third on the team in scoring (6.9 ppg) and finished with a team-best 33.8 three point shooting percentage.

In a press conference, the new head coach Kia Damon said she believes the

team’s endurance and speed training is starting to pay off as the team works toward a more fast-paced offense. The team is also able to play both zone and man-to-man defense, giving them options and adaptability, she added, and they’ve seen the most growth on the defensive end.

The team is still working on understanding their proper rotations on defense. They also strive to quicken the pace of the game, according to Damon. While the team has the capability of scoring, they could be stronger defensively, especially when up against a formidable offense.