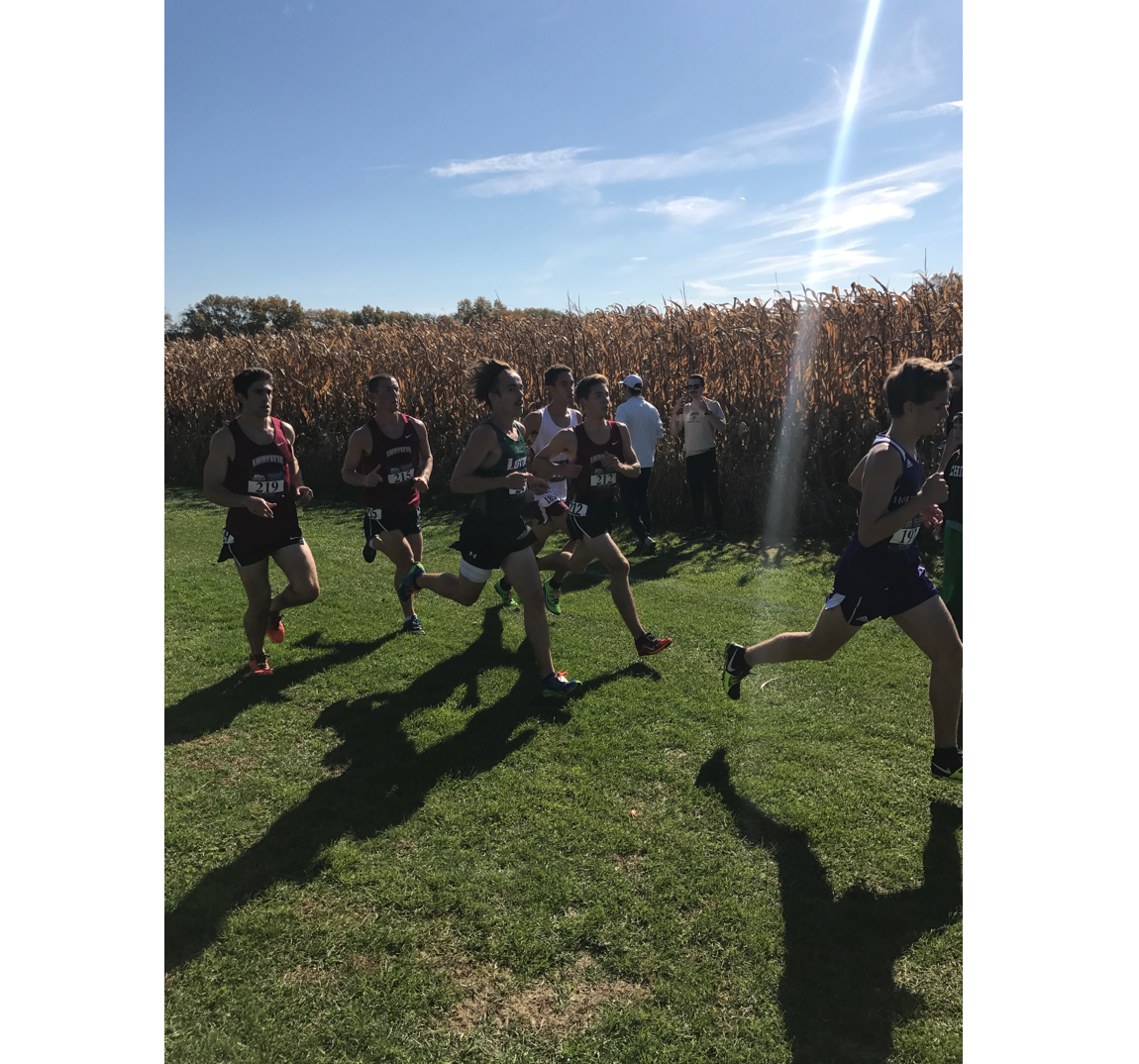 The men’s and women’s cross country teams competed in the Patriot League Championship at Lehigh on Oct. 28, where three top finishers for the Leopards posted new personal records. The men’s team raced first, placing 8th in the 8K with a score of 248, followed by the women’s team, placing 9th in the 6K with an overall score of 241.

Freshman Gabrielle Galletta placed 35th out of 109 runners with a time of 22:23.7, shaving three seconds off her personal best.

“At the beginning of the season, I did not know what to expect of myself since 6K’s are new to me, but I am running times I never would have thought I’d be able to run so I’m very happy about that,” Galletta said. “My teammates, that I have been training with, push me to do my best every day at practice. All the support that I get from them and my coaches has definitely helped me a lot this season.”

Junior Emily Moore joined Galletta in the top 50 with a time of 22:45.38. Moore has had a strong season, leading the leopards in almost every meet.

“Patriot Leagues is our championship meet and it’s the race that we train for all season so we were definitely excited going into the meet,” Moore wrote in an email. “It’s fun to compete with the other Patriot League schools and race at such a high energy meet.”

The team improved last year and gained a new coach. The team has been responding well to his training, allowing many runners compete well throughout the season.

“Everyone ran really well and a lot of people ran [personal records],” Moore wrote in an email. “As a team, we made some big improvements from last year and I’m excited to see where we can go.”

Sophomore Margaret Schiazza was among those who ran a new personal record, crossing the finish line in 54th place with a time of 22:51.1.

“We didn’t do as well as we had hoped to at Patriot Leagues, so I think we expect to run better at the district meet,” Moore wrote in an email. “It’s at Lehigh again so we know the course and we know what times we have run there. Overall, I think we are expecting to run faster at the district championship meet.”

With the season coming to an end and temperatures dropping, the team will move forward to the indoor track season. The races are shorter than a cross country race and there are a wide variety of events.

“I love cross country, and it is actually my favorite of the three seasons, but it is definitely easy to lose focus in a 6K,” Galletta said. “I am excited to start running more 3Ks this winter.”

The team has increased their mileage this year, and came into the season with a healthy team, Sadvary wrote in an email. He added that the team has been putting the work in at practice, building strength on the track and in the weight room.

“I’ve felt a lot more confident throughout the season thanks to the volume of training we were doing this past year,” he wrote. “As a whole, we had a slightly different approach to training than we did last year and I think it’s been benefited us well. So far, we’ve accomplished a lot of the goals we set for ourselves at the end of last season which is always a plus.”

The next meet will be the NCAA District Championship on Nov. 10. It will be held at Lehigh, a familiar course to the Leopards.

“I think all of us are excited just to go out and see what we can do,” Sadvary wrote in an email. “Last year we did not send a team and although it’s a 10k we’re fairly familiar with the course. We have to take a slightly different approach than we did for leagues but I’m sure we’ll be able to get it done.”