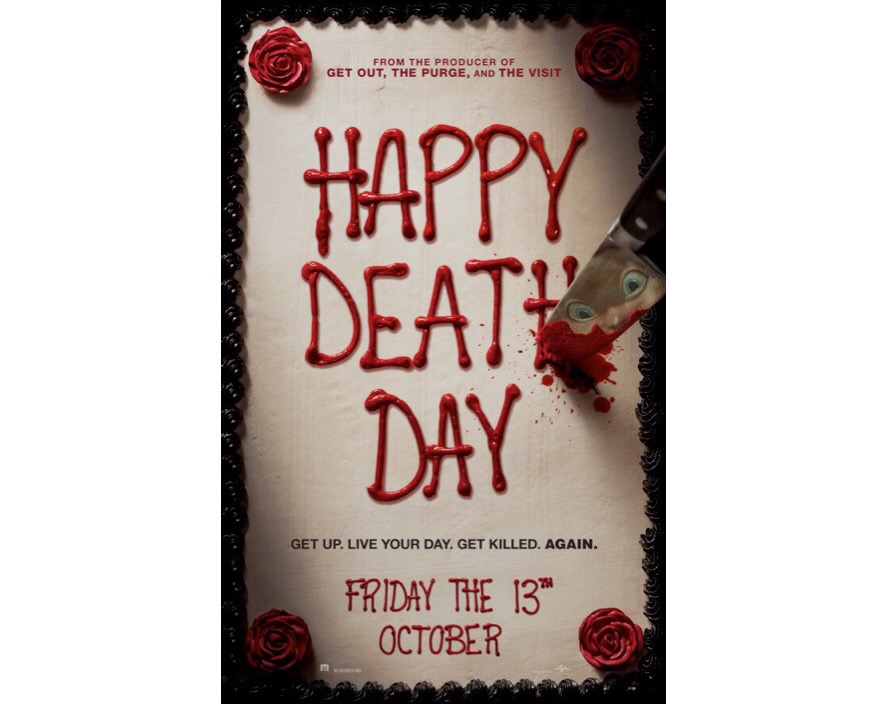 Director of the “Paranormal Activities” franchise Christopher Landon has put his own spin on horror with “Happy Death Day.” The recently released film finds originality by not strictly adhering to the genre of horror, despite having an unoriginal and almost identical concept to “Groundhog Day” (1993).

The protagonist, Tree (Jessica Rothe), is a sorority girl stuck living in the same day over and over again, ending with her murder every night by the same killer. The film follows Tree as she embarks on a personal mission to discover the true identity of her killer in order to prevent her murder from happening. In the process of trying to break the cycle, Tree goes on a journey of self-discovery and self-redemption as she recognizes the consequences of the actions she takes to try and solve her own murder mystery.

Through this plot development, the film created a fun combination of horror and romantic comedy. While the film is certainly scary, it is also heartwarming and funny at various points as well. Some of Tree’s actions after discovering that she is living the same day over and over again are silly and laughable. When she realizes that losing her life has no meaning since she will wake up the next day to live it all over again, her life decisions lose their gravity, as she walks through campus nude and allows her killer to murder her while she keeps watch on someone she knows, thereby ruling out a suspect. However, when there comes a point in the film when Tree’s actions suddenly matter,  she is forced to make a life or death decision for the sake of her survival and that of others.

Being a veteran horror movie director, Christopher Landon succeeds in dropping subtle hints for the viewers as well as providing a surprising plot twist at the end. Subtle hints are shown from the beginning of the movie, providing the audience with the opportunity to solve the murder before the ultimate reveal of the killer’s identity. The film is set on a typical college campus where anyone could be her killer, which leads Tree to create a list of her potential murderers. The viewers also can’t help but create their own lists of suspects. Tree manages to debunk every possibility until there are no suspects left on her list. However, when the killer’s identity is revealed, everything suddenly makes perfect sense to Tree and the audience.

“Happy Death Day” raises questions of causality and consequence, especially by setting the story on a college campus. The film certainly rings a bell for students and warns that even seemingly harmless actions can have detrimental consequences, which is similar to the idea in “The Butterfly Effect” (2003). While the film has a similar premise to “Groundhog Day,” this film is still beautifully written and heartwarming. Jessica Rothe’s performance of Tree should also earn her some positive attention. She may even have a future as a scream queen. If you’re looking for the perfect Halloween movie this year, “Happy Death Day” is a must-watch. The film manages to find originality in what seems like an unoriginal storyline and genre, without overdoing it with the blood and gore that seems to occupy many other horror movies this year.