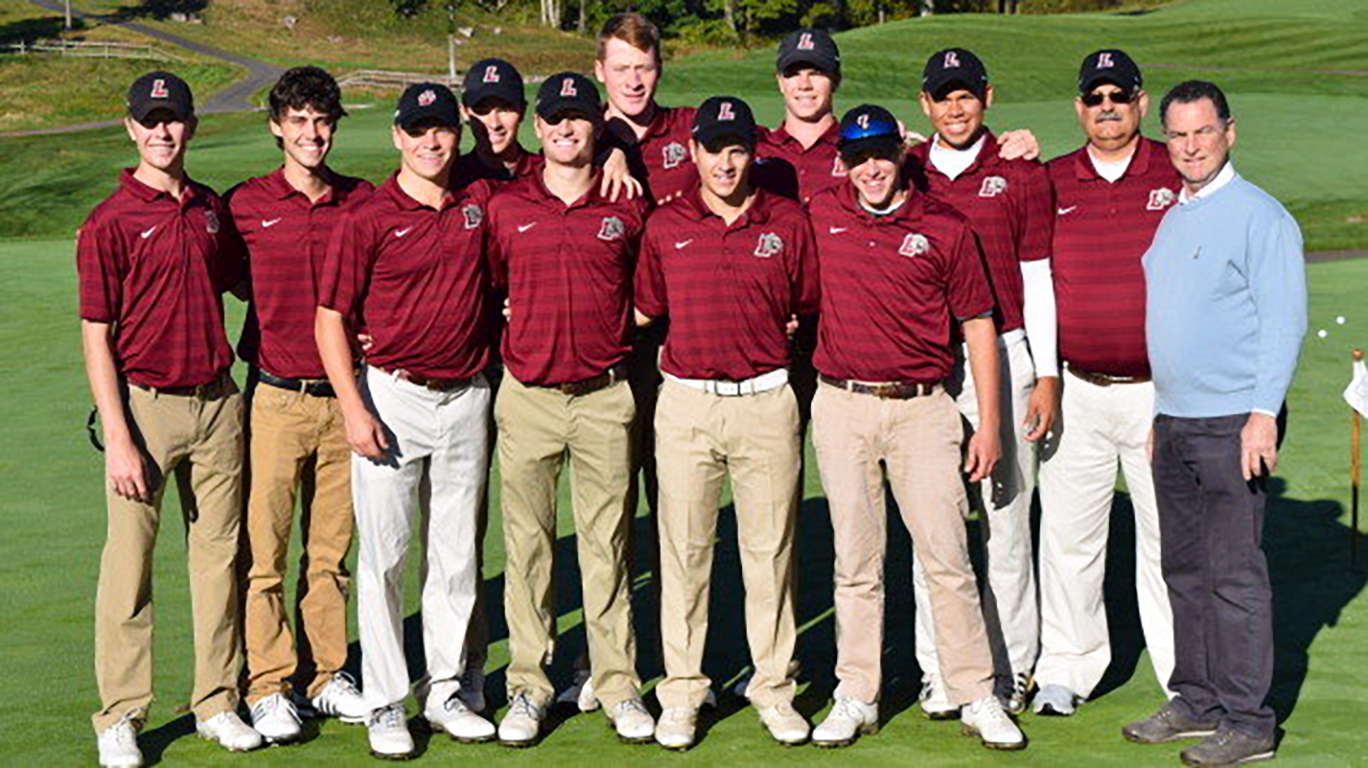 Although much attention is given to the Lafayette-Lehigh rivalry football game in November, the Leopards have claimed the latest rivalry match on the golf course.

Lafayette has won four out of seven President’s Cup golf matches against Lehigh, the last match on Oct. 17 giving them the lead after winning in 2012, 2014 and 2015. The Hamilton Farm Golf Club in Gladstone, New Jersey hosted the men’s golf team that morning as they claimed an early 3-1 lead.

Lafayette also won the afternoon singles matches by the score of 4.5 to 3.5 with Jack Basilico winning each of his three matches. Having won this last match, the Leopards have officially won the 2017 cup. As for the Lehigh Fall Invitational Tournament, Lafayette tied 4th place with St. John’s, Siena College, and Monmouth University, with Cole Berger tied in ninth, Creighton Hendrix tied in 18th, Brendan Cronin tied in 30th, Jake Basilico tied in 38th and James Croney tied in 41st.

“I think match play [in the President’s cup] is better than stroke play [in the Lehigh Invitational],” freshman Cole Berger said. “We excel in match play because a lot of us have blow-up holes and stroke play will destroy a round, so even if I’m under par 1-over and I have 9 on a hole, now I’m 5 over. In match play, you’re only one down or you’ve just lost one hole and then you can play well in the other 17 holes.”

Freshman Creighton Hendrix came to the same conclusion as his teammate that match play is inherently better for the Leopards. He also added that, “it was also their home course for their practice instead of a middle ground.”

“I think this got us ahead and closer to where we needed to be,” Creighton said. “It also probably killed [Lehigh’s] sprits.”

“I was very excited,” Creighton said. “I was more worried about the other matches so I got right out to watch the other guys finish up because I finished long before they did. I just got out there and cheered the other guys on.”

Cole admitted that while he struggled a little in the beginning, he’s satisfied with the match.

“[I have] the course record there so I’m not too upset with myself.”

“I worked really well with my teammate, Trey [James] Crone. We kind of fed off on each other,” he added. “[We] came out pretty strong. We had a lot of teammate support there. That was pretty awesome.”