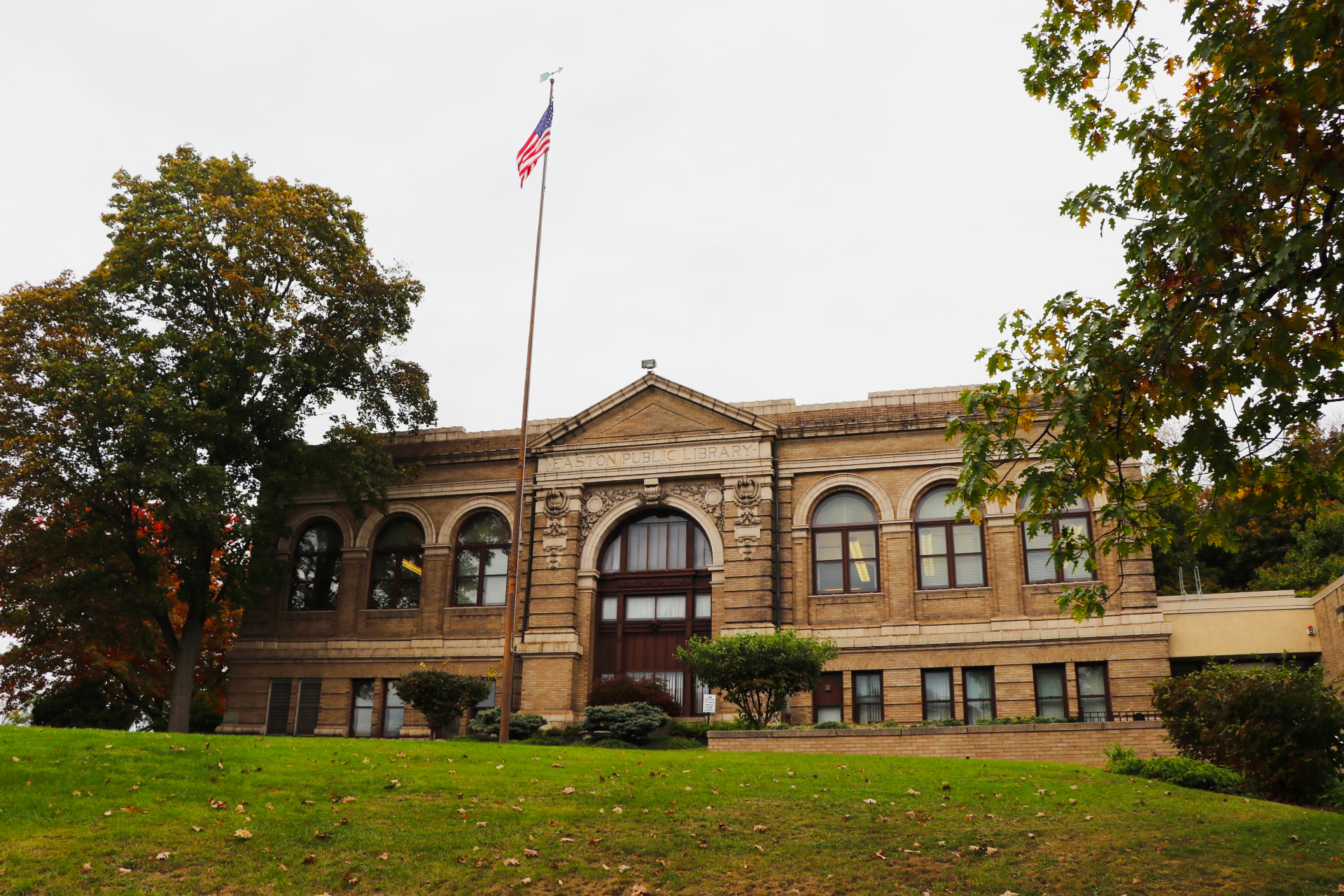 Easton Public Library is built on top of a mass grave. (Photo by Anna Coffer ’21)

The most unnerving story may be that of Getter’s Island, named for a man who was hanged for murdering his wife in the nineteenth century.

At the bottom of College Hill just along the Delaware River, a small island sits off-shore near the Easton-Phillipsburg Toll Bridge. Originally named Abel Island, this island was renamed Getter’s Island after the execution of Charles Getter took place there in 1833. According to an article published by The Morning Call in 1998, Charles Getter was accused of strangling his wife Margaret Rebecca Lawall and was hanged as punishment. While hangings normally took place in Easton’s Centre Square, the island was selected so that a large crowd could watch, the report stated. According to Haunted Easton’s description of the story, when the ground was lifted from Getter’s feet, the first rope broke and he was forced to be hanged twice. Many believe that Getter still haunts the island.

The Easton Area Public Library on Church Street also boasts a spooky history. The library was built in 1903 on top of an old Easton cemetery, the German Reformed Cemetery. The oldest cemetery in Easton, the graveyard was home to over 500 remains that needed to be relocated. While most remains were claimed by living relatives, about 30 bodies were left unclaimed and were later moved to a mass burial site on the library’s grounds, The Morning Call reported in 1987. According to The Morning Call, this mass burial site exists at the library’s northeast exit. Ghosts of this cemetery’s past are rumored to haunt the library. Several librarians have even noted untouched opening and closing filing cabinets, according to The Morning Call.

Ghost stories are no stranger to the college either. While the fifth floor of Pardee Hall is home to the college’s radio receptors, this may not be all that occupies the top floor.

George Stephens was an Ethics and Logic professor at the college in the late nineteenth century, according to the college archives. After being promised a longer teaching term and improved salary by Dr. E.D Warfield, the president of the college at the time, Stephen’s teaching position was not renewed after the college found he had lied about his credentials. In Dec. 1897, Stephens returned and set fire in the Biology department of Pardee Hall. This act of vengeance resulted in the complete destruction of the academic building.

Stephens was later deemed mentally ill but was still charged for the act. Some believe that after his death, Stephens returned to the college and his spirit still resides on the fifth floor of Pardee.

While the rumor of Stephens’ presence seems to circulate around campus, Diane Shaw, Director for Special Collections and College Archives, claimed the ghost story is unfounded.

View all posts by Megan Deacon →