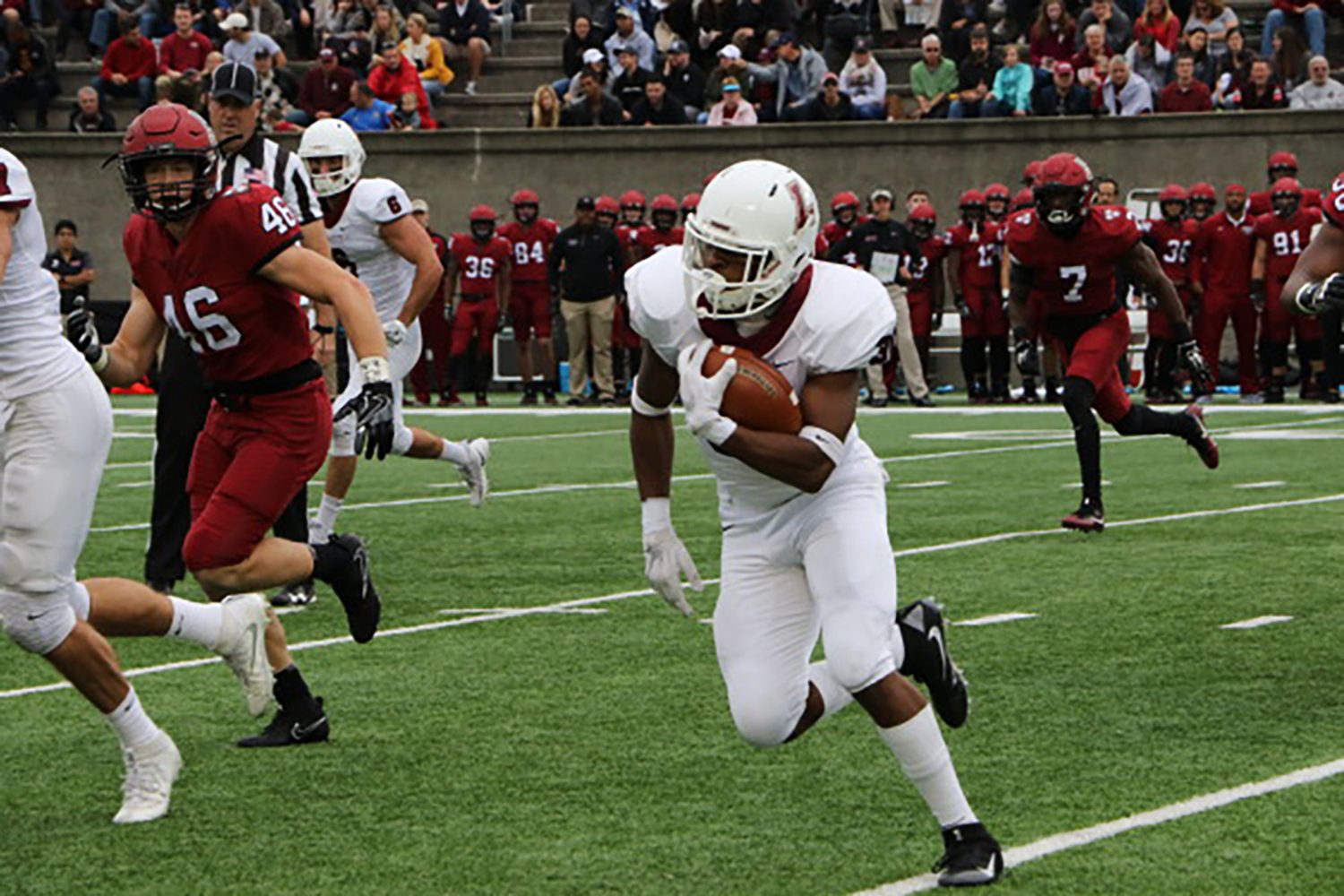 Lafayette went head-to-head with Harvard on the road, falling by the score of 38-10. Defense shined in the game as senior linebacker Brandon Bryant earned his third Patriot League Defensive Player of the Week award in a row.

“It is an honor to have received this the last couple weeks,” Bryant said. “I think it does give you some confidence but you still have to go out there and do your job. It makes it easy for me playing with the guys that I have around me. We feed off of each other’s energy during the game.”

In the first quarter, Harvard was quick to put 7 points on the scoreboard. However, Lafayette was able to tie the score, making it 7-7.

“I really liked how our team responded to both of those returns, we went down and had a great kickoff return,” head coach John Garrett said. “We really nullified them with 7-7. Although have two returns for a touchdown in a game usually impacts the game negatively, the way we responded was really good for our team.”

“[Tying the score] definitely gave us confidence,” Bryant added. “When you can respond back with a quick score it takes the momentum of the game back.”

Despite the momentum on their side, the Leopards were outscored 31-3 throughout the rest of the game. Harvard clearly outmatched Lafayette on the ground, as Lafayette gained 12 yards on 13 attempts while Harvard gained 296 yards on 61 attempts.

“They got a quick lead on us which caused us to get away from the run game early,” Bryant wrote in an email. “On defense we just needed to tackle better. We missed some key tackles that allowed them to get extra yards.”

Bryant said that the team was able to use the game to work towards a better outcome in future play.

“We learned a lot about who we are as a team and the fight that we will show no matter the circumstances,” he said. “Even though we did not win, there were still good things that we took away from the film that will help going in this next game.”

Their next game is Homecoming weekend for the Leopards, as they will take on Bucknell University.

“They are a good team, they are good on offense and defense,” Garrett said. “I think offensively when they made the quarterback change it gave them a little more life and it made them better, they are executing more consistently. Defensively they have a good team and good players. It will be a good challenge because they have a good scheme.”

The game will be at Fisher Stadium, Saturday October 21st at 3:30 pm.