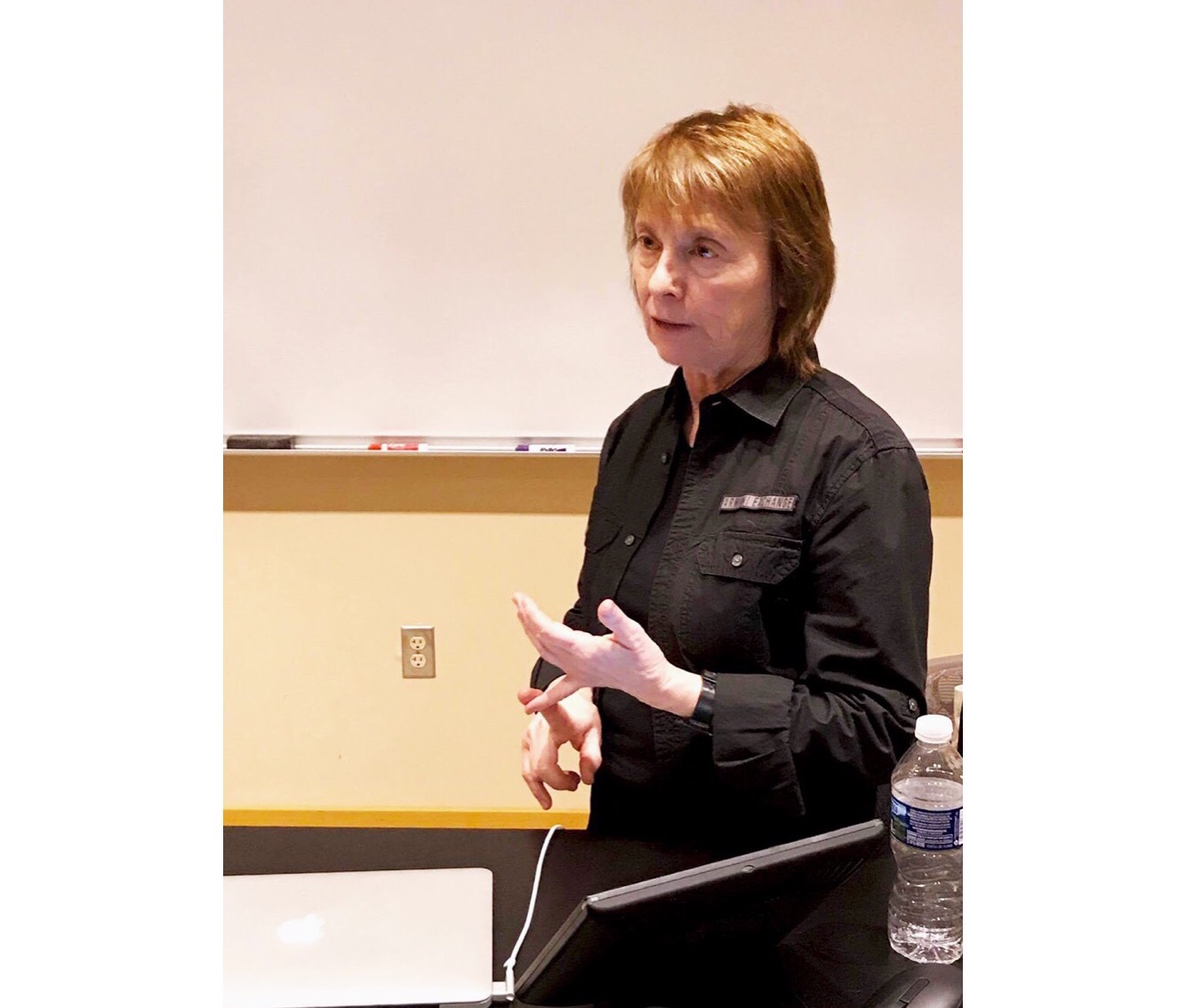 University of the Arts professor and social critic Camille Paglia visited the college to bring her audience through the history of gender in art, covering masculinity and powerful women throughout history.

Her talk “Gender Issues in Ancient Art,” sponsored by the Mill Series, began by Paglia exploring artistic accomplishments from the Stone Age to Ancient Egypt, Mesopotamia, Greece and Rome. Over the course of two hours, Paglia analyzed each piece of art, explaining their symbolic meanings in regard to gender and culture at large.

Paglia first compared the portrayals of masculinity in Egyptian art, in which males were depicted as lean, smooth, calm and more family-oriented, to Mesopotamian art, in which men were often shown in a more hyper-masculine light, with protruding muscles, strength, warrior-like and animalistic power.

Paglia next touched on the Egyptian regime under Pharaoh Akhenaten, a time when monotheism flourished and there was a significant departure in gender standards, where the pharaoh’s wife, Queen Nefertiti, was portrayed as strong and powerful and ruler.

The female Egyptian Pharaoh Hatshepsut, who was masqueraded as a male pharaoh, adopting even the stereotypical fake beard, was also discussed. According to Paglia, since she ruled over a time of tremendous peace and prosperity, Hatshepsut is considered one of the greatest and probably one of the first female rulers in history.

The next woman figure Paglia talked about was Greek goddess Medusa, who was seen as a hideous “monster” whose image was used to guard homes.

Later in her discussion, Paglia discussed hermaphrodites who were primarily depicted with female breasts and a penis in ancient Greek legend. According to Paglia’s talk, while depicted in Roman art, intersex people were by no means accepted by the broader culture. The hermaphroditic depictions were commonly used as a comical joke, Paglia explained.

In her talk, Paglia especially cautioned against the complacency of today’s society. She explained that this complacency is due to the predominant belief that our western civilization is progressing towards a so-called ‘utopia,’ which she called naive, as that same idea was prevalent in the Roman Empire before its own fall.

Paglia then explained that after the Roman empire split apart, Roman power and the increasingly progressive ideas and attitudes of the cities were lost for the next millennia.

Talk then turned to the discussion of kouros images of the “beautiful boy,” which was modeled after the Egyptian standard of male beauty: smooth, lean, athletic, calm and tranquil. Males were often naked in these kouros images and were meant to show the body from both the frontal viewpoint as well as the backside. Paglia discussed how the penis was depicted as small as possible to combat the idea at the time that a large penis was animalistic. A small penis represented intelligence and wisdom, which was idealized by the Empire. According to Paglia, these images often played with the idea of pederasty, the sexual relationship between an older man and a younger man.