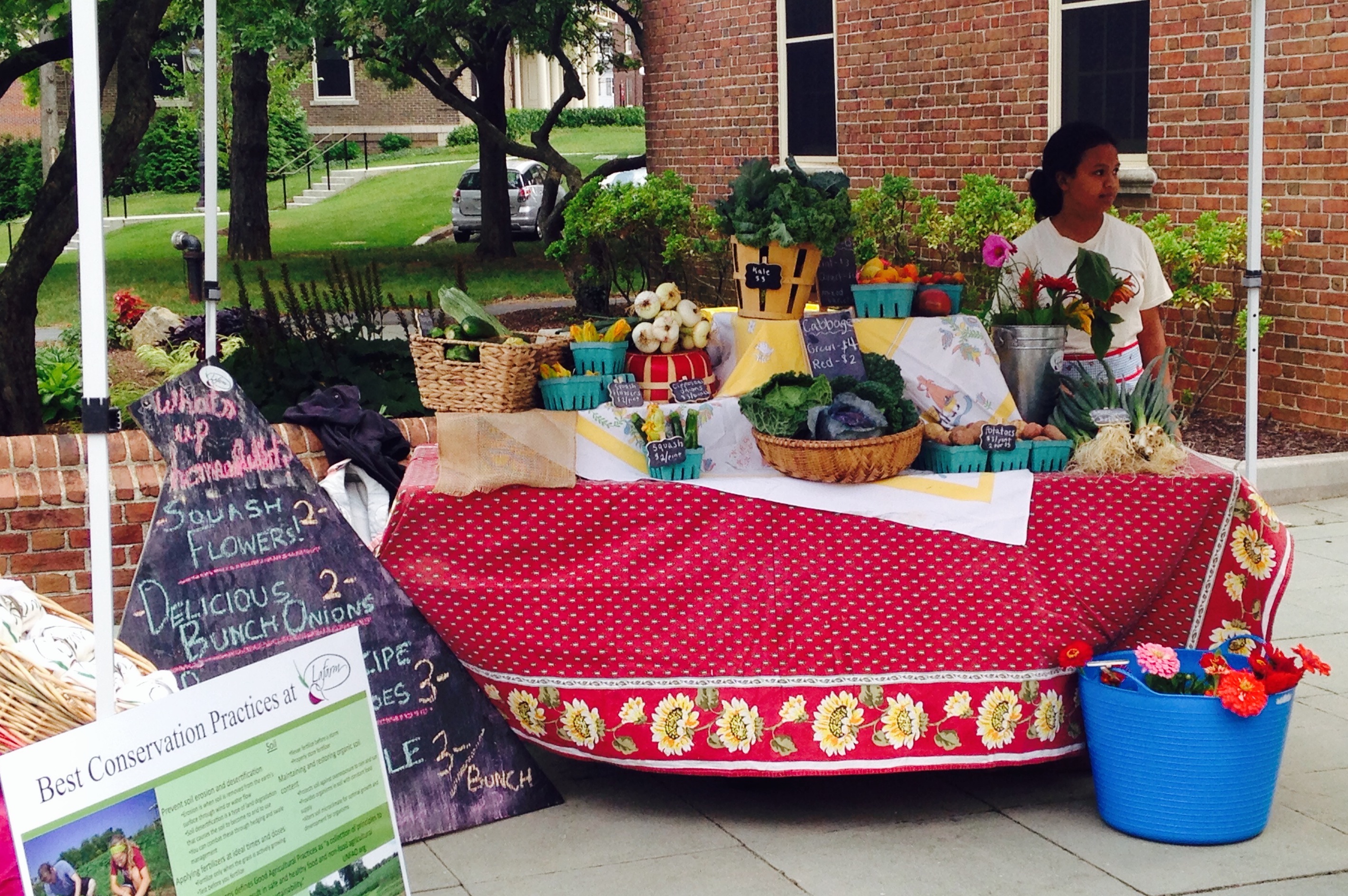 LaFarm’s farmer’s market will take place on the Quad through October (Photo Courtesy of LaFarm).

The leaves have fallen, and produce is ripe. With fall in full swing, LaFarm, the college’s student-run farm, held their first seasonal farmer’s market of the year on the quad Thursday from 12 to 2 p.m. This will continue every Thursday in October.

LaFarm has offered seasonal farmer’s markets since 2014, offering produce throughout the summer and fall seasons. According to Sarah Edmonds, LaFarm’s Farm Manager since 2013, the market is an opportunity for members of the community to exchange recipes and try new vegetables.

The market is run by volunteers, which include both students and other members of the campus community. Volunteers at the market “tend to make more friends than money,” Edmonds said.

The farmer’s market comes as part of LaFarm’s efforts to extend its connection to campus both agriculturally and academically, Edmonds added. The produce at the student-run market usually ends up selling out.

LaFarm is also involved in providing produce for the campus community at student dining halls. According to Edmonds, LaFarm operates on a composting system to bring fresh produce to students’ plates.

According to Ben Cohen, Professor of Engineering Studies and Environmental Studies, as well as a faculty board member for LaFarm, the farm operates on a “sustainable loop.” After LaFarm has grown the food and sold it to the college dining halls, the food scraps from the dining halls are composted and used to fertilize the farm, Cohen explained.

Edmonds said as she grew the farm’s relationship with dining halls, she realized the farm had more specialty crops that may be better suited for a market. This is where the idea for the seasonal farmer’s markets came from, she added.

According to Edmonds, the farmer’s market also helps in funding LaFarm’s activities.

“We have a lot of speciality crops, beautiful heirloom tomatoes, and some gorgeous flowers, but the other benefit is that we can sell to the public directly at retail prices, which means we can fund our program,” Edmonds said.

The goals of LaFarm center around bringing people together and increasing sustainability on campus. However, Edmonds emphasized how the farm connects to academics.

According to both Cohen and Edmonds, the farm is in the process of going through a multi-phase change. These changes will potentially include the development of a greenhouse and classroom space, as well as expanding the farm by 2/3 of an acre.

The market will include fall produce including sweet potatoes, tomatoes, garlic, eggplant, carrots, onions, flowers and others. The market is cash-only.

View all posts by Krystyna Keller →