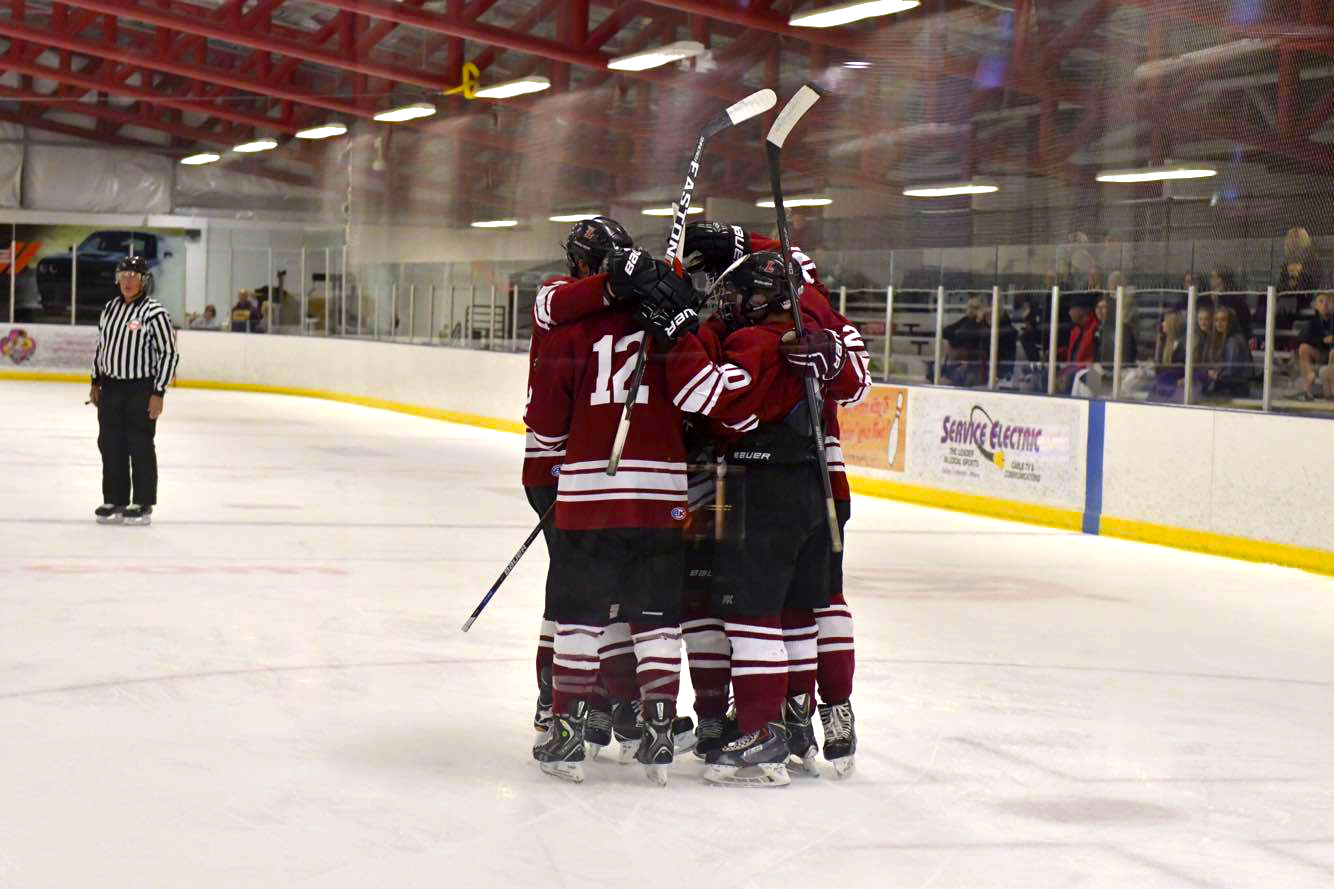 The Lafayette Men’s Club Ice Hockey team had a back-to-back weekend, playing Kutztown on Saturday Sept. 30 and Bucknell on Sunday Oct. 1. The Kutztown game started off slowly for the Leopards, as they went down 3-1 in the first period. However, rather than throwing in the towel, the team kept fighting and eventually won the match 7-4. They dropped the second match to Bucknell, 5-2.

“The match versus Kutztown we had a bit of a slow start,” said senior Parker Gaglione. “We went down 3-1 and then in the second period we had a power play opportunity to start off and we got a quick goal from Simon Rybansky, and then we quickly tied it up 3-3. We dominated the rest of the game after that.”

Junior Simon Rybansky not only quickly scored for the team, but continued putting pucks in the net with his hat trick, which was not his first of the season.

“I think I scored 3 or 4 hat tricks in the short amount of games we had, which is much better than I did last season,” said Rybansky. “I suppose I go into every game hoping to get one, I want to contribute to the team that way. For me it’s really important that I score a lot of goals, it’s a personal goal I set for myself.”

“Everyone in the second period came out flying. We took Kutztown by surprise,” Rybansky said. “We capitalized on power plays and we took advantage of what was given to us. The best thing was a strong collective effort. Everyone was working really hard, the passes were great, everything just seemed to work in the last two-thirds of that game.”

Gaglione said this match highlighted the team’s ability to persevere.

“[In] our performance against Kutztown and in general this year, there really hasn’t been a quitting mentality,” he said. “We go until the last puck drop until the last whistle blows. Whether or not we have a rough start or a good start, we are going to finish until the end. We are a team that perseveres.”

In their second matchup of the two-game weekend, the team lost to Bucknell with a score of 5-2.

“It was kind of a surprise considering we beat them 7-2 earlier on this season,” Rybansky said. “What was difficult for us was that we had a short bench, we were short on players, we had to really try hard against Kutztown so a lot of us were really tired.”

“I think it was a combination of a very short turnover, about 10 hours,” Gaglione added. “And we were obviously very tired because we had 7 or 8 games in a span of 2-3 weeks. The last time we played Bucknell we beat them 7-2 and this loss was a 5-2 loss. The balances that we had in the first game didn’t translate over into this game.”

The Leopards were able to play both matches at home, which Gaglione and Rybanksy said helps tremendously.

“[Against] Kutztown, we had a good number of friends and people come support the team, so that kind of atmosphere and seeing your friends on the boards cheering your name is always a good one,” Gaglione said. “Especially when you’re down and they are still going at it, that environment is a great type of positive energy that the team really builds on and grows on.”

Despite the loss to Bucknell, Gaglione is still expecting a strong season.

“We definitely lost some talent this year, so the first few preseason games we were on the fence of ‘how are we gonna make up for the loss of such big players?'” he said.  “We may not have as much talent as we did last year, but we have the most chemistry on any Lafayette team I’ve ever been on in my 4 years.”

“We have a lot of different leaders on the team, whether they are vocal or silent, on the ice or off the ice,” he added. “It’s a good group of guys that’s really cohesive together and I think that pushes us through the hardest parts of games to get us wins.”

The team will be facing Kutztown at an away match on the 21st.