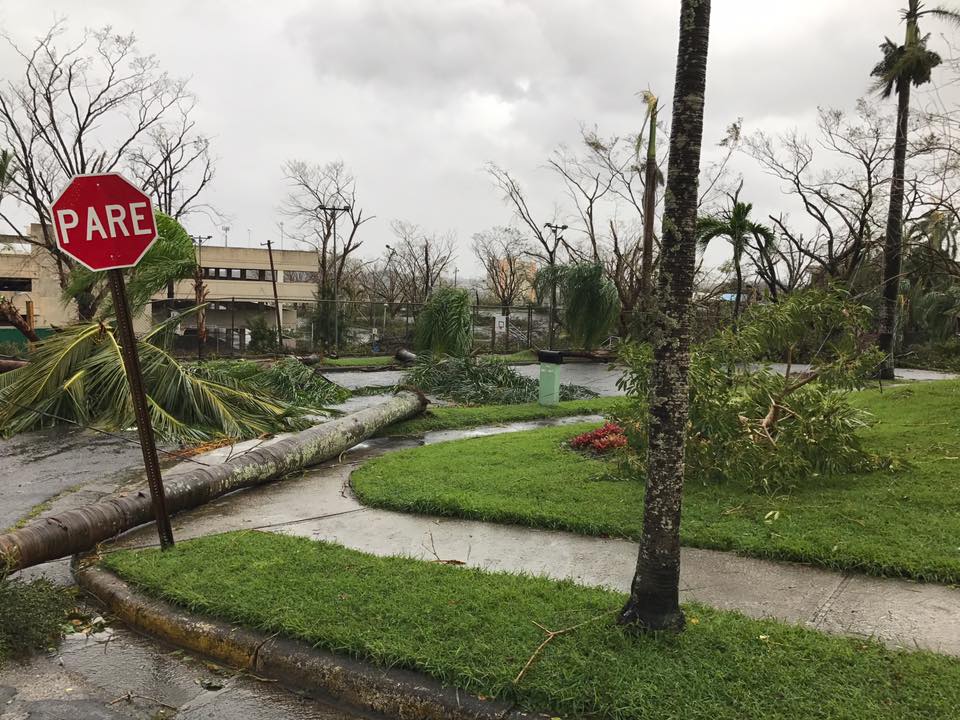 In the wake of Hurricane Maria, Emily Ramírez ’18 waited for several days before hearing from her family in Puerto Rico.

“I was able to talk to [my parents] the afternoon the hurricane hit, but for the past three or four days there was no service. Silence is terrifying in this age of constant communication,” Ramírez said.

Making landfall on Wednesday, Maria was the most powerful storm to hit Puerto Rico in 80 years, according to Vox. The hurricane charted course through the middle of Puerto Rico, affecting densely populated areas such as San Juan that were still recovering from Hurricane Irma.

“My house still hadn’t regained power from Hurricane Irma, which was two weeks ago, and then [Maria] hit. The power grid was completely decimated, so it’ll probably be months before we have power back.” Ramírez said.

Gabriel Salgado ’20 was in a similar situation as Ramírez, as many of his family members reside on the island. He considered himself lucky that he had heard from his loved ones in Ponce twice in the past week.

“I know that [my grandparents’] neighborhood is flooded, but they’re not there right now. They’re trying to a book flight to leave Puerto Rico. I don’t even know if they have food and water. My aunt, uncle and cousins cannot leave because my aunt’s a teacher, and it’s important that she stays,” Salgado said.

Leaving the country, however, has been difficult. Thousands of people waited in line at San Juan’s Marín Muñoz International Airport despite the lack of assisting personnel or basic necessities like water and air conditioning, according to USA Today.

Nina Cotto ’19 said her family in Puerto Rico has been separated as a result of the destruction.

“My aunt is getting forced to leave. She has to go to Tampa Bay because she can’t work [in Puerto Rico]. She and my uncle are the only source of income for my grandparents and my three cousins, but my grandparents are refusing to leave because they’ve been in their house for fifty years,” Cotto said.

Already in a debt crisis, Puerto Rico is having a hard time providing residents with work in the face of another natural disaster. Relying on the U.S. is also far-fetched as the Jones Act, which was relieved for Hurricane Harvey and Hurricane Irma, is still in effect, cutting Puerto Rico off from the international oil supply, a vital source of energy for reviving the electric grid.

David Shub’s family decided to stay out the storm, and while luckily everyone is safely, they have run out of diesel for their generator. They are currently out of power.

“I guess it was the right decision,” Shub ’20 said. “Everything that is gone can be replaced, when you have your health you have everything at that point.”

Shub said he would like to get to the island to see his family, but he doesn’t feel it will be possible until at least Christmas break.

While both school and disconnected flights are deterring Puerto Rican students in America from visiting their hometown, many students at Lafayette and across the nation have taken on initiatives to help .

“Three students from the University of Pennsylvania founded a fundraiser called Students with Puerto Rico on GoFundMe. They were actually interviewed on Fox so it’s quite a huge campaign right now,” Ramirez said.

Promoting the fundraiser on Facebook, Ramirez and other Puerto Ricans from over 80 universities across the states reached their initial goal of $15,000 within two days. The Tonight Show host Jimmy Fallon donated $20,000 on Monday, helping them achieve their $50,000 milestone. The new goal is now set at $150,000.

“Taking part in this initiative, I want to try to get more donations from the Lafayette community. I’m actually trying to set up a donation on campus even if it’s just through Venmo, so I’ve just started a GroupMe…to spread the word,” Ramirez said.

All proceeds will go to Unidos por Puerto Rico, a public-private initiative started by Puerto Rico’s Office of the First Lady Beatriz Isabel Roselló and a group of companies to help the victims of the storm.

Shub also said that there are efforts to coordinate a donation drive on campus to collect items such as canned goods, water bottles, and clothes.

“You can always do more,” Shub said. “There’s no such thing [as] a perfect amount.”