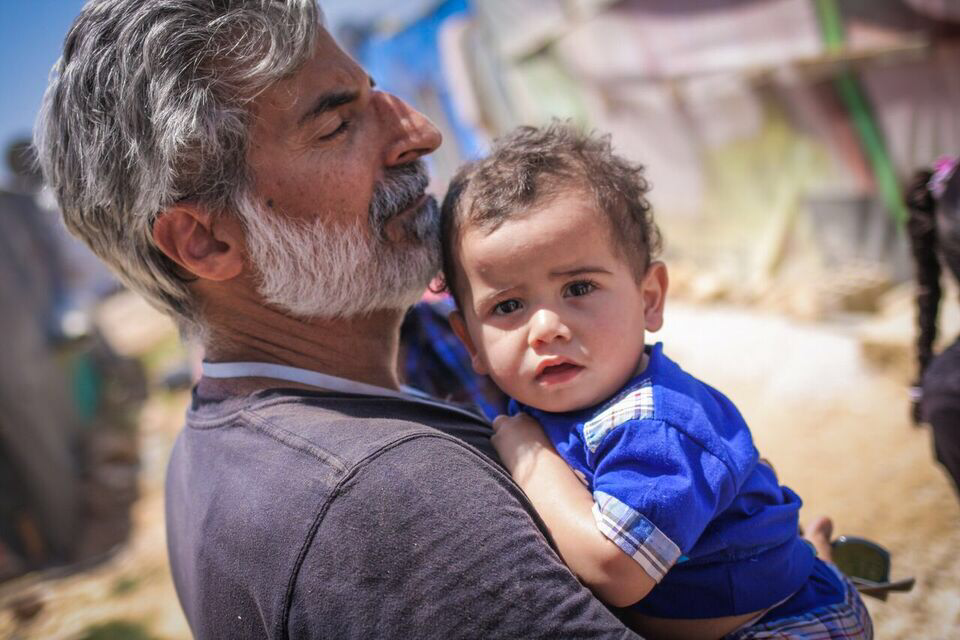 Thursday afternoon, Matar presented his documentary film “Children of Beqaa.” The film follows Matar’s most recent experiences as an international volunteer in Lebanon’s Beqaa Valley, an area along the Lebanon-Syria border.

“Children of Beqaa” comes as the third film in a series Matar has produced as a volunteer. His first film, “Flight of the Refugees,” was shot in his first trip to Serbia and the Balkans. His second film, “Exodus,” was filmed in Matar’s time volunteering in Greece and Turkey, according to Matar.

When a mutual friend with someone he met in the Balkans told him about the living conditions of the 500,000 Syrian refugees in the Beqaa Valley, Matar said he knew he had to go. He contacted Martin Kvernbekk, Operations Manager for Salam Lebanese Association for Development and Communication, and packed his bags to volunteer with the organization.

With his 19-year old daughter Layla at his side, Matar set out for Lebanon in the summer of 2016.

Matar said filming in Lebanon was met with complications.

“I got questioned by a certain group of people in Lebanon for about two and a half hours because I was filming,” Matar said.

The film, which is narrated by Matar himself, begins with visuals of the Beqaa Valley and an introduction about Matar’s life. As the film goes on, it depicts the refugee settlements to which Salam LADC provided food and services. According to Matar, the refugee settlements are not official camps, and refugees must buy their own materials to build their tents.

Throughout the film, Matar visits the homes of several Syrian refugees and speaks with them on camera. According to Matar, the camps were mostly filled with women and children when he visited because the fathers would be working. The children have no access to schooling.

The film also shows Layla organizing music classes for the children on the settlements. At one particular camp, the film shows Matar getting emotional after meeting distant family members living on a camp.

“This film is personal, because I could’ve been in one of these camps if circumstances were different,” Matar said.

According to Matar, he is showing the film to spread awareness. Matar has been traveling to show the film since the beginning of this year and it has been played at around 30 venues, he said.

“Awareness is really important for me because when you see them so close to you, and you see what all of our ancestors came from, I think it just does something,” Matar said.

Matar is the founder of Lighthouse Peace Initiative, a volunteer platform dedicated to fundraising and providing solutions for Syrian refugees.

“It’s not about you trying to save somebody, it’s really the fact that it’s an exchange of energy, it’s amazing. I feel like it changed my life going on that journey,” Matar said.