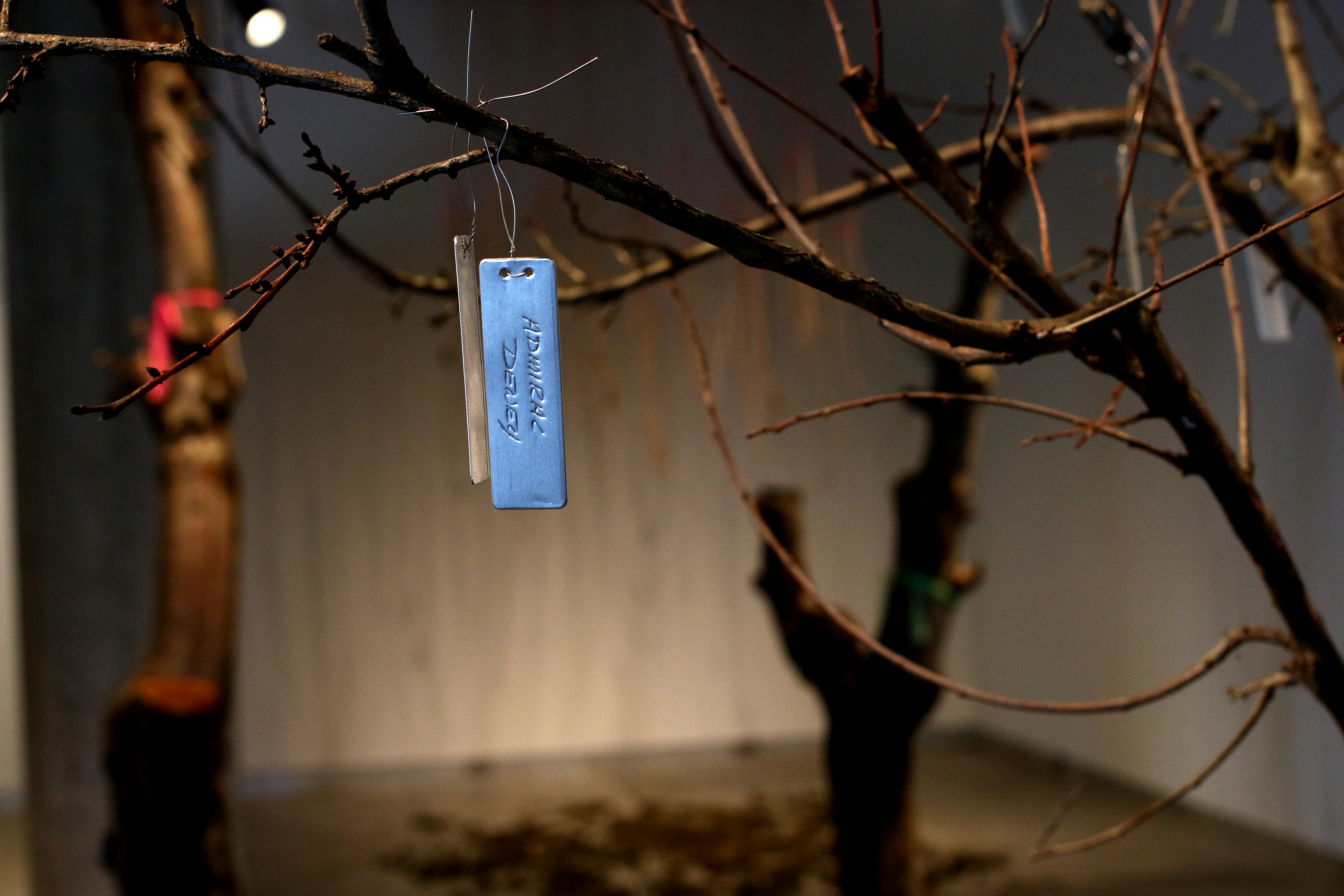 Sam van Aken’s exhibition in Grossman Gallery brings together nature and art to deliver a message about biodiversity in fruits: our society lacks it and continues to grow more homogenous. “Streuobstwiese,” German for “orchard,” contains uprooted trees and displays plant life to showcase the importance of genetic varieties in our fruit supply.

Central to the exhibition is van Aken’s Tree of 40 Fruit. Director of Art Galleries Michiko Okaya said that the bare-root tree on display in the gallery formerly had many varieties grafted on it, but there is a live tree on the Karl Stirner Arts Trail.

Van Aken said that he has planted about 25 Trees of 40 Fruit around the world, such as in Sweden, China and across the United States. Two in the Grossman Gallery are uprooted and metal tags label what fruit used to be on the trees.

Okaya stated that preservation and transportation are prioritized in current fruit agriculture. Van Aken further explained that taste is almost disregarded when it comes to which fruits are chosen to be reproduced, adding that there are so many varieties that are not consumed by the general population.

“We have a really limited selection of fruit. It’s bred for how well it ships, above any other priority including taste,” he said. He added that just a 100 years ago, thousands more varieties of fruits were available, but industrialization streamlined varieties and eliminated the production of many.

The danger of having few varieties of fruit is that one virus or bacteria strain could wipe out entire food supplies, Okaya said. Grafting fruit varieties onto trees preserves these varieties should a strain of a virus wipe a supply out.

The Department of Defense’s Advanced Research Projects Agency “has identified lack of food security as a threat to the country,” and van Aken is part of the effort to enhance varieties and increase food security, according to Okaya.

Also among the orchard exhibit in the Grossman Gallery of the Fine Arts Building are pieces by van Aken such as plum tree trunks formerly planted in an orchard, the “bare-root” Tree of 40 fruit, peach branches collected during the solar eclipse, and “peach strands,” which are composed of peach seeds “strung on a cotton thread,” according to the gallery’s program.