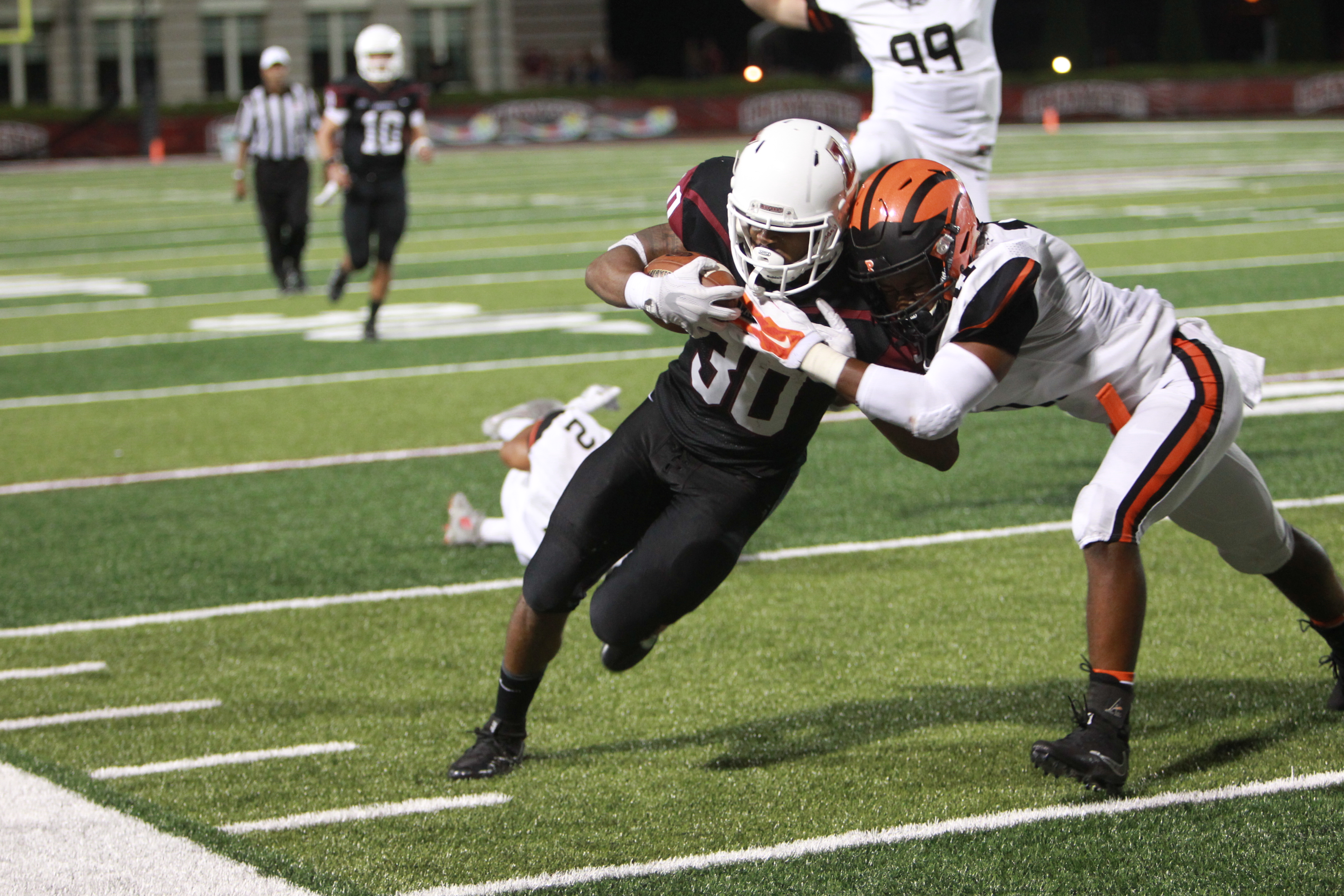 In their best offensive performance of the season so far, the Leopards suffered their fourth loss in a row at the hands of a veteran Princeton Tigers team. Freshman quarterback Sean O’Malley threw for a total of 325 yards last Saturday, connecting with wide receiver Joey Chenoweth on four different occasions for 113 yards and a touchdown.

Defensively the Leopards achieved two turnovers, but recovering a fumble and intercepting Princeton quarterback Chad Kanoff did not suffice on the day. Senior linebacker Brandon Bryant totaled 13 tackles for the Leopards, providing nine of those solo.

Chenoweth, breaking out for a 70-yard touchdown on one play for the Leopards offense, talked about his huge play after the game.

“It doesn’t feel very good after a loss, but it’s always good to have those explosive plays to help our team’s morale,” Chenoweth said. “The play boosted everyone’s confidence, but at the end of the day we’re not losers around here.”

The 0-4 Leopards have had some strong defensive performances in the past, and Bryant’s 13 tackles and interception are no different. After a rough matchup against Villanova where the Leopard’s defense gave up 59 points, Bryant made sure the team came out strong in this game.

“We had a chip on our shoulder this week,” Bryant said. “We needed to show everyone that we are a good defense.”

O’Malley made a career-high 30-44 passing completions to attempts for 325 yards, which earned him his second Patriot League Rookie of the Week award. So far this season, O’Malley has become increasingly comfortable in the pocket where he has been able to show off his vision and arm. Chenoweth commented on O’Malley’s progress in the past few weeks suggesting that O’Malley has grown exponentially with more to come considering “it’s only been four games of a long season.”

Approaching halfway through the season, the Leopards have been meshing well and learning together with new coach John Garrett. Garrett believes the team should be excited.

“We’ve really improved each week.,” he said. “I told the team ‘although you’re disappointed, you should feel really good about certain parts of the game that we played the right way.’”

Coming up next for the Leopards is a road matchup against a Holy Cross team that shut out Bucknell earlier in the season.