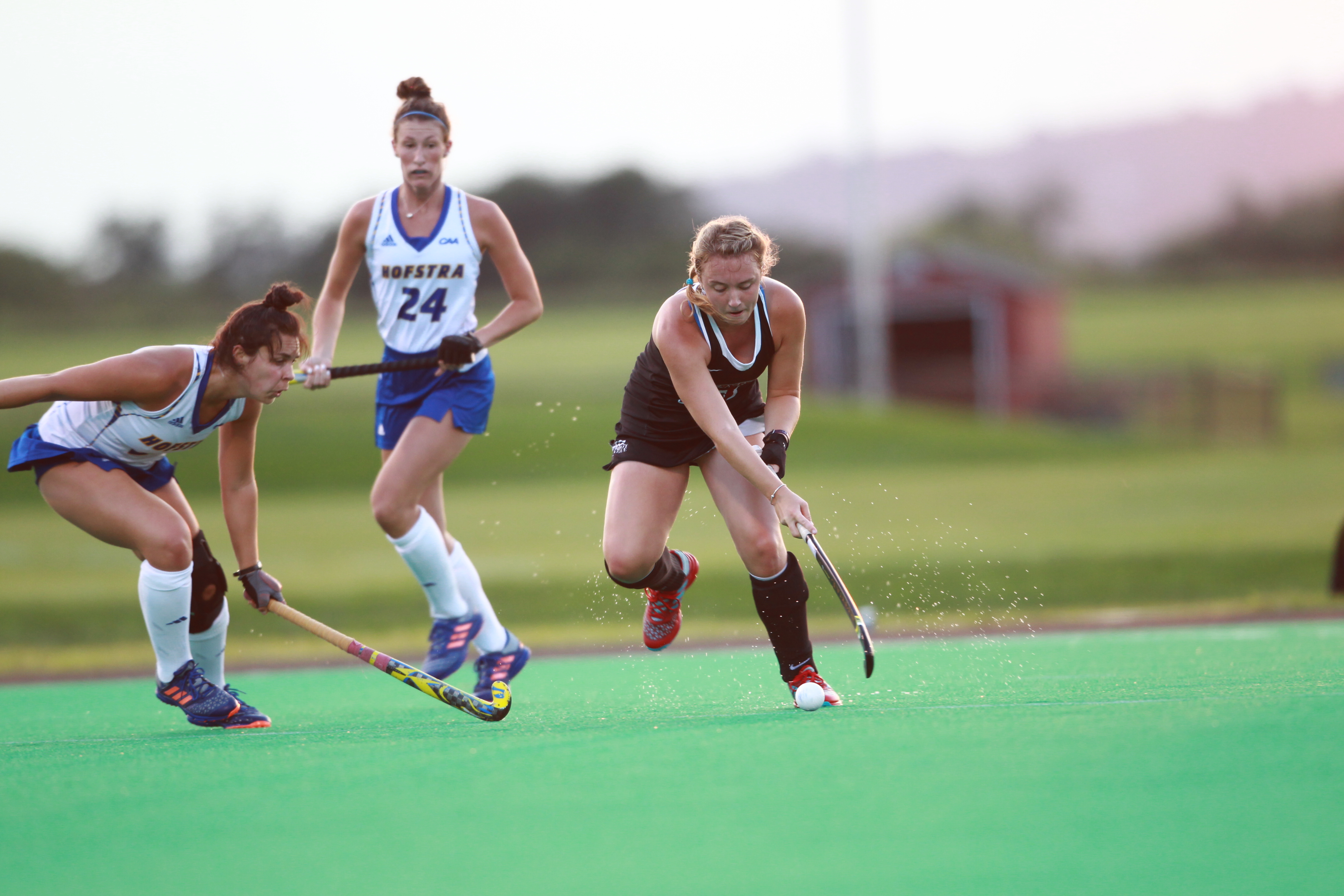 The Leopards field hockey team took the field against Colgate in their first Patriot League matchup last Saturday. At the end of regulation, the Leopards and Raiders found themselves in a deadlock at two goals apiece.

Shortly into the overtime period, freshman Anna Steps drove the ball through the defense and into the back of the net to earn the Leopards a dramatic league victory.

“It’s the worst to lose games after you once led by a couple goals, so I just really wanted to help get the win for my team,” Steps said in a post-game interview.

The winning goal was also Steps’s first career goal as a Leopard. Ecstatic about scoring her first goal and the game winner, Steps said she was glad to come off the field with a win.

“I was happy that the game ended because it was very exhausting,” she said. “They played well, and it was a very high tempo game. It was a really hot day, too.”

In the net for the Leopards was sophomore Sarah Park, who is tenth in the NCAA in saves and has helped propel the Leopards to a 5-2 record on the season.

“We’ve been winning a lot lately, and it’s been a great team improvement,” she said. “We weren’t playing together that well in our last game on such a hot day, but we were able to pull it out. It was a great team win.”

After such strong performances to start the season, the Leopards are looking to carry their hot streak into their next couple games against some of the best programs in the nation. Three of the next four games are against top 25 programs, with the fourth being the big rivalry game against Lehigh.

“I have no doubt our team can hold up,” Park said. “Our weakest aspect is that we don’t really believe we can be a top twenty program, but it’s so evident that we can.”

Sitting just outside the top 25 with a young group to lead the team over the next couple years, the Leopards are looking to become a powerhouse in the Patriot League. Their next home game is October 8 against Villanova. Until then, they have a four game road trip starting with Boston University and culminating at the Lehigh rivalry at Ulrich Field in Bethlehem.