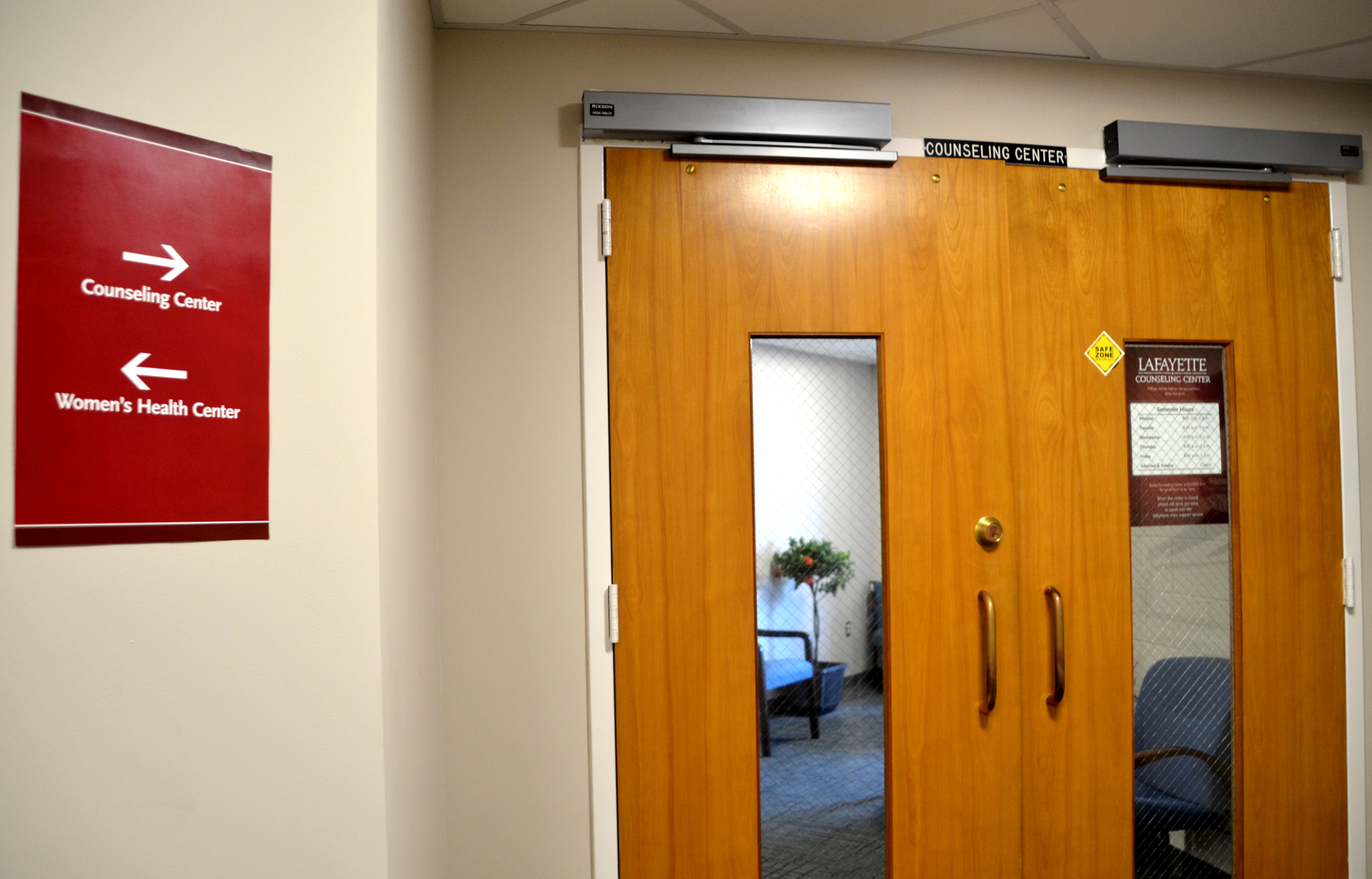 The center is trying to meet the increase in both one-time and on-going therapy through drop-in hours with the full-time staff, regular appointments and themed group therapy, Forbes said.

The center has seen in increase in drop-ins the past few weeks with the recent passing of McCrae Williams ‘21. Forbes said the center was able to accommodate all students who came in, but also attributes the increased traffic to statistical trends.

“We definitely saw more people coming in with that specific concern,” but the data from the past few years shows  “an arc to the semester,” which usually starts to pick up around the third week, Forbes said.

Recently counselor Tim Silvestri left for a job at Muhlenberg College, leaving only four full-time staff members at the center for this fall. His position is planned to be filled some time this fall, Forbes said.

In the meantime, the four remaining counselors have two hours of drop-in appointments every day, which allows for up to four students to be seen, in addition to three or four regular appointments.

This is a change from last year’s system, in which one counselor was available for “crisis intervention” during the day, while the others hosted normal sessions. After realizing that one fourth of the students that came to these sessions only visited the counseling center once, Forbes said they tried to redesign the system.

“Rather than making students go through all the background information and treating [this service] like psychotherapy, let’s just match what the demand is,” Forbes said.

The result was the expansion of the drop-in services for the current academic year. Vicki Holcomb ‘19 applauds this change. Holcomb met with a counselor a few times last year to help her through the death of one of her best friends, Sarah Bramley ’19, and after the death of Joey Towers ’18 only a few months later.

She was met with a two-week waitlist to see someone.

“After Joey Towers passed away last October, I know they were very busy,” Holcomb wrote in an email. “Nonetheless the waitlist was definitely frustrating because Joey’s death really brought up a lot of feelings for me associated with Sarah Bramley’s death just a few weeks earlier. It was upsetting to know that when I need the counseling center most, they couldn’t make time for me.”

Despite the lack of availability Holcomb experienced, she recognizes the efforts they have made to improve the center’s efficiency.

“I do commend the counseling center for adding more drop-in hours and a personal after-hours crisis hotline this year. I’m glad that they assessed the problems they had last year and made an effort to improve their services,” she said.

The Counseling Center annual report documents that the average wait time for an appointment is 2.2 days, and the longest wait was 5 days. Forbes attributes longer waits to situations in which students only want to see a particular counselor whose schedule may be filled.

Another student, who wished to remain anonymous, had individual sessions almost weekly last year in addition to attending group therapy. Throughout the year, the anonymous student recognized the improvements the center has made in both accommodations and in tracking student progress.

“The [Center]…makes you take a quiz of how you’re feeling and different aspects of what you’re going through. Before [you filled out the questionnaire] the first time [you visited], but now it’s every time, and it helps you know what you need to work on,” the student said.

This year the center is also piloting a Crisis Hotline through the company ProtoCall Services to serve as a confidential extension of regular counseling center services. In the past, if students felt they needed help when the center was closed, they would have to call Public Safety and be redirected to an on-call counselor.

“We’ve been working with them for months to make sure they understand the nature of Lafayette College so they know all our residence halls…to whom to refer [people on campus]…and we can make them aware of things that have happened on campus like a recent tragedy,” Forbes said.

So far eight students have made calls after hours, seeking aid from ProtoCall’s trained counselors. Reports were then sent back to the counseling center where they are kept on record along with other student information.

It is common for students to come into the counseling center reporting feelings of anxiety, depression or issues with relationships or academics, Forbes said.

“Counseling doesn’t need to be something stigmatized–everyone needs to talk about how they’re feeling every once in awhile, and speaking with a professional shouldn’t be embarrassing,” Holcomb wrote in an email.