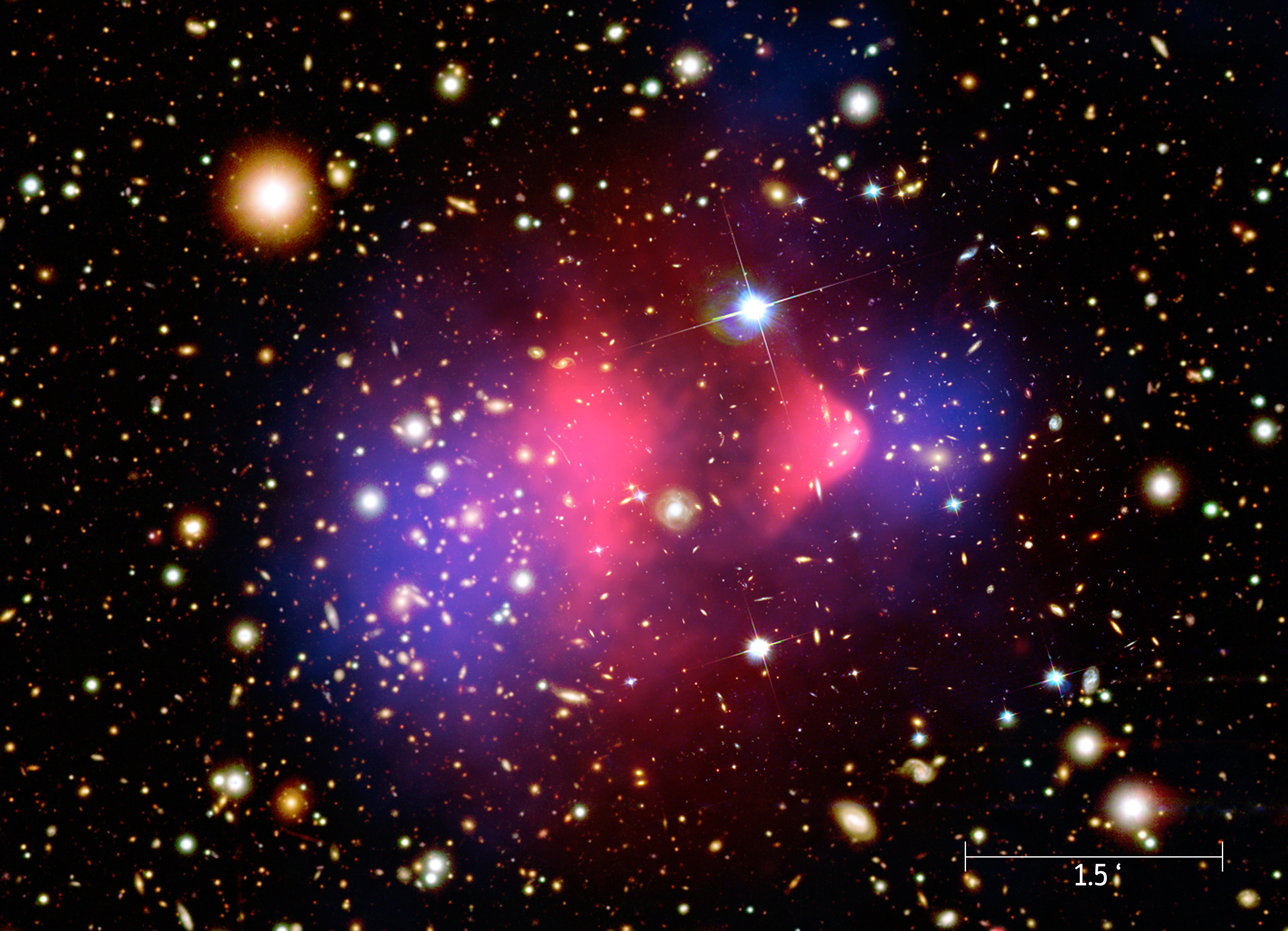 According to NASA’s website, dark matter is most adequately defined by “what [it] is not than…what it is.” It is not visible, it does not compose black holes and makes up 27% of the universe. Normal, visible matter takes up less than 5%. Sixty-eight percent of the universe is dark energy, which is a “complete mystery,” according to NASA’s website.

“One of the things I would really love to know is if we can pin down whether dark matter consists of one kind of particle or many, and a lot of the work I do is based on that,” Thomas said. “By the end of the project what I really hope to do is have a good list of things to look for and quantitatively how much data one would need in order to see these things.”

“There’s so much [that’s] exciting out there that’s happening right now, and now I am [a part of it], which feels great.” he added.

While Thomas said his goal would require further experimentation that is beyond the realm of theory, he is hopeful and eager to be a part of discovering something new about nature within the coming decade.

Lafayette undergraduates will soon be able to become a part of the world of dark matter research alongside Thomas.

“The nice thing about the grant is that I might be able to work with multiple people,” Thomas said.

The students will be hired as EXCEL scholars using the grant money and will have the opportunity to attend conferences and hopefully publish their findings with Thomas in academic journals, Thomas said.

Ethan Garvey ‘19 worked as an EXCEL scholar for Thomas over the summer, trying to determine where dark matter might be located within the Milky Way Galaxy. Garvey will continue to work with Thomas throughout this academic year as well.

However, other students may have a chance to get involved if they have the appropriate physics background, Thomas said. Garvey wrote in an email that he too hopes his peers will be able to join his research and have the opportunity to work alongside Thomas.

“I am very grateful for the experiences I’m having here. It feels amazing to be given the opportunity to contribute to our knowledge of dark matter,” Garvey wrote. “I hope this NSF grant will allow for more students to have the same opportunities and support that I have had.”

Aside from hiring undergraduate students, the grant money will be allocated in two other main areas: tangible resources such as computer parts and travel expenses.

Theoretical physics is a collaborative field that requires researchers to come together to discuss and share their work. “[The money will] help me and even students travel to conferences to present work and to work with collaborators,” Thomas said.

Thomas is also currently involved in fifteen to twenty other separate research projects each with a time span of six months to one and a half years. He expects this particular dark matter research to have a similar time span, but hopefully with tangible results.

There is evidence of the superfluid dark matter every time a double slit experiment is performed, it’s what waves.

Observation is always a good way to solve a problem.

In the case of Dark Matter some innovation to how gravity works is required. The effects and principles of atomic gravity play a big part to providing the solution.

Three generations of academics searching for the solution should be a red flag to all involved.

A summary of the principles of atomic gravity can be found in the links below. Innovation in the understanding to how gravity works in the milky-way is the key.