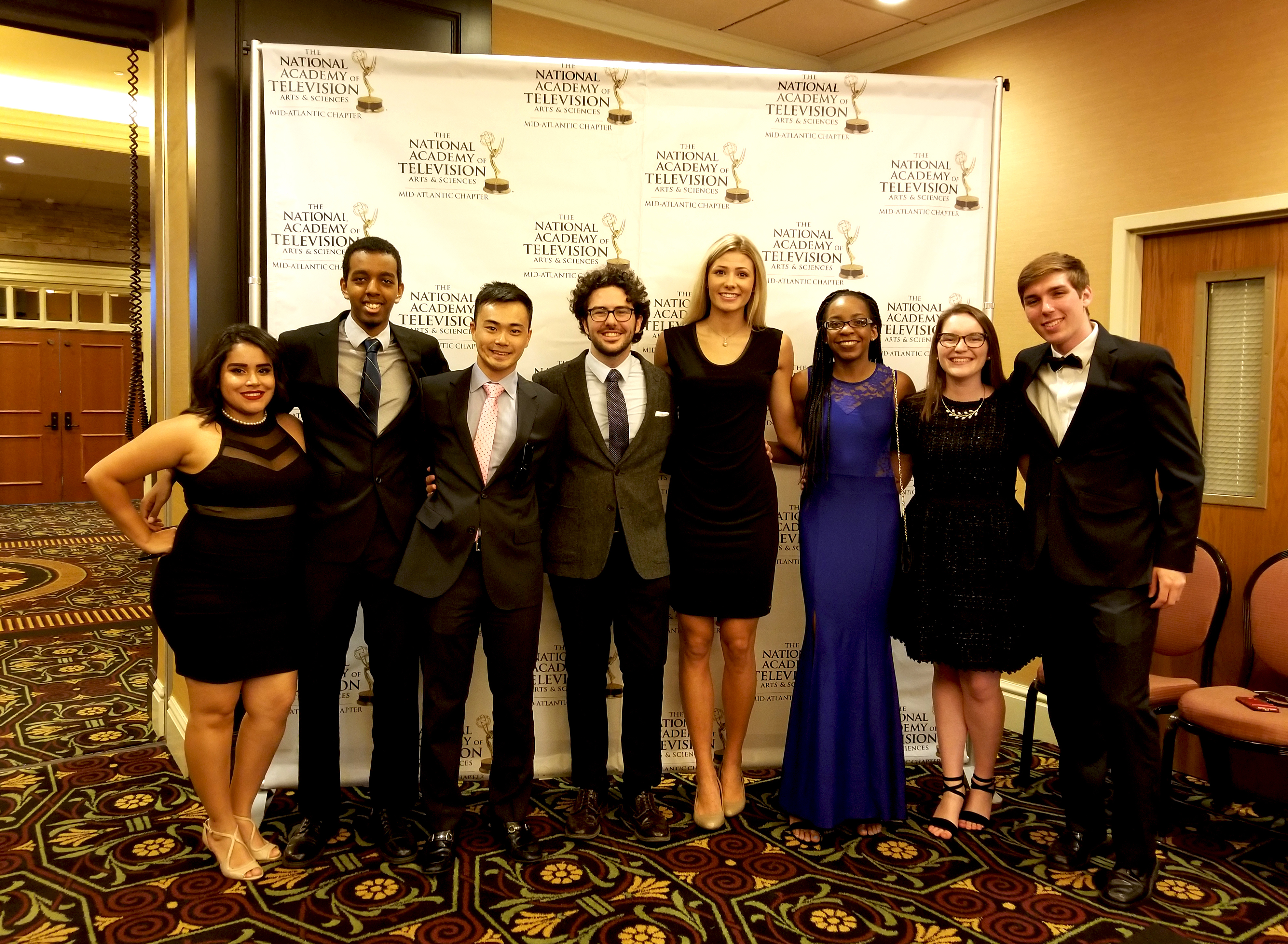 Last weekend, members of the Policy Studies program traveled to Hershey, PA as nominees in the Mid-Atlantic Emmy Awards. While the group did not win the award for College and University Student Production – Talent, the group was honored to be nominated.

The students from the college were nominated for the production of “First Vote in a Polarized Age: Lafayette College Election Night Broadcast,” which aired on PBS39 the night of the 2016 election. Ten students from Lafayette, including members of the Policy Studies program, as well as cast and crew members, were nominated.

“It’s a very good motivation, since it’s Lafayette’s first nomination and we don’t have a broadcast journalism program,” Robertson said. “The fact that we were nominated on this level is fantastic and it makes all the work and the long hours and the stress very worth it.”

Professors Mark and Nicole Crain, Policy Studies faculty who spearheaded the production of the project, traveled with the group to Hershey last weekend.

“It was a terrific honor and I’m just so incredibly proud of the students, they were wonderful,” Policy Studies professor Nicole Crain said.

The winners in the C9 Division for the College and University Student Production Talent Emmy were Josh Croup of Point Park University and Tracy Yatsko of Temple University.

According to Robertson, the videos produced by the winners were shown at the ceremony and were well-deserving.

Rachel Robertson ‘18 is a copyeditor and Contributing Writer for The Lafayette.