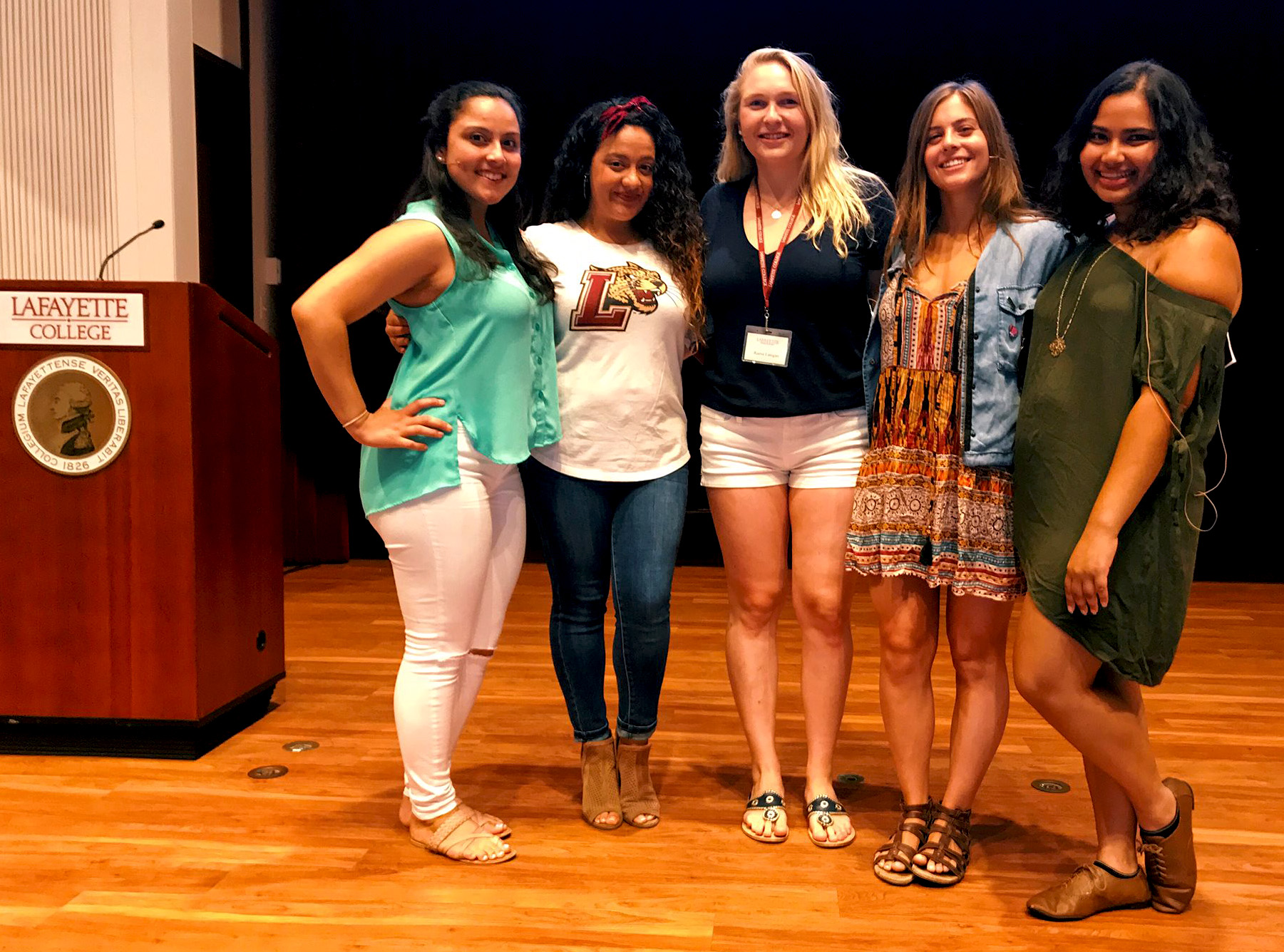 Pards Against Sexual Assault (PASA) joins the campus community this year with plans to become an inclusive group in which students can learn about resources for sexual assault survivors and share their stories, founding member Nina Cotto ’19 said.

While it had been an idea discussed over the summer, PASA was solidified after a meeting between Cotto and Cristina Usino, who was the Assistant Director of Intercultural Development and Gender and Sexuality Programs at the time. An executive board was also created, made up of Cotto, Nahin Ferdousi ’19, Reeve Lannigan ’19 and Samantha Arnold ’18.

“It’s On Us: Gets Personal” was an open-mic event put on last fall semester which was open to any student who wanted to share an experience related to sexual assault. Cotto, who planned last semester’s It’s On Us event, said the feedback to “Gets Personal” was mainly positive, but some felt that the stories were lacking in non-female voices. Last semester, she and others planned the “It’s On Us: Takes a Stand” event in which men participated by reading poems.

All four members of the executive board were involved in the planning of It’s On Us events from last year, either by speaking out themselves or through behind-the-scenes involvement. Cotto said she wanted to bring an all-inclusive nature to PASA.

Cotto said PASA also hopes to focus on bringing awareness to the available resources and policies for students on campus. She said that Dean of Equity and Inclusion Chris Hunt has been a great help in the effort to solidify PASA.

He wrote in an email he is focused on making an action plan for the group.

“The first task we have been working on is to be properly trained. To that end, we are working on a detailed curriculum as well as identifying resources and partners on and off-campus who can train us in specific content areas,” he wrote.

Aside from peer mentoring, PASA has also planned several events including two bystander intervention programs, a documentary night, a Pard Talk and panel. They plan to work with Delta Gamma to promote the One Love program.

Through educational programming and peer mentoring, PASA hopes to reach a wider range of students and to provide them with an additional resource to turn to.

Adequate knowledge of resources is something Cotto said she takes to heart and feels that if resources and support been made available to her right way, figuring out what happened and where to go would have been a quicker, easier process.

“There are a lot of things people don’t understand because no one’s ever said [to them], ‘These are the options,'” Cotto said.

The support of administrators has been a key component of the group’s efforts.

“Dean Hunt has been just amazing. He’s been like the driving force because we can only do so much. But with him and Usino, we have so many more resources,” Cotto said.

“I am ecstatic and honored to work with such highly engaged, dedicated, and fearless students,” Hunt wrote in an email.

Currently PASA’s main focus is putting their plans in motion. Their kickoff event is on Wednesday, Sept. 20 at 12pm in the Farinon Atrium.

“[Kickoff] is where we will talk about who we are, why we formed, and what we envision for our campus. We have a variety of initiatives and programs throughout the rest of the semester, but our major event this fall will be Take Back the Night,” Cotto said.

Take Back the Night is planned for Oct. 26 at 7pm on the Quad, and is focused around the elimination of sexual violence and misconduct.

Correction: Samantha Arnold is a member of the Class of 2018.

Hi I’m Not a member of the class of 2019. I’m a senior and the one who organized Its on Us Gets Personal