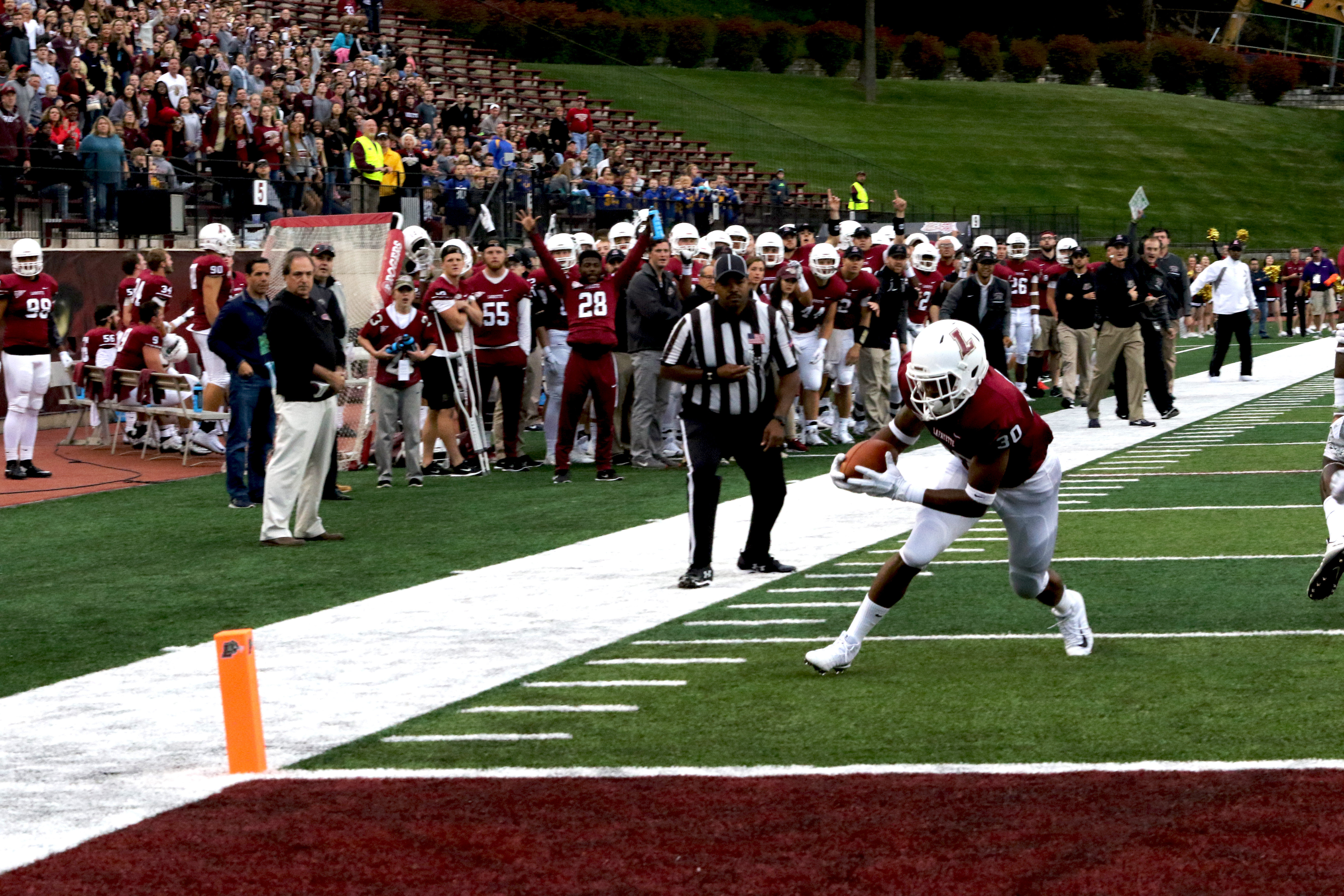 The Leopards were off to a strong start against Sacred Heart as they jumped out to a 10-0 lead by the end of the first quarter, but the Pioneers kept tallying long drives and put up their own pair of touchdowns late in the game to win the game 38-24.

After the first drive stalled, the Leopards capitalized on a muffed punt by the Pioneers, which was recovered by Lafayette’s junior DB Trent Crossan. This led to freshman kicker Jeffrey Kordenbrock’s first career field goal to give the Leopards a 3-0 lead.

“We always look to get a fast start,” head coach John Garrett said. “We were able to impact the game on special teams to take advantage of the turnover. That was a big improvement from week one to week two.”

The defense held the Pioneers to a scoreless first quarter as the Leopards tacked on a touchdown after senior DB Phillip Parham’s 7th career interception and 2nd in two games. The Leopards capitalized on a 9-yard connection from freshman starting quarterback Sean O’Malley to senior RB DeSean Brown for Brown’s first receiving touchdown.

“Defensively in the beginning, where we were able to stop them and hold the score down for that first half was a positive,” Garrett said.

The Leopards and Pioneers went into halftime with the game knotted at 10, after Sacred Heart tied it on a touchdown with 15 seconds left in the first half.

The third quarter is when it all went downhill for the Leopards. The Pioneers pounded out three more touchdowns and the Leopards were held scoreless for the second straight quarter.

O’Malley rebounded to throw two touchdowns in the fourth quarter.

“We didn’t have the results that we had at Monmouth,” Garrett said of their passing game.

The Leopards showed potential in the game, registering two turnovers in the first quarter and preventing one of their own, when junior OL Logan Grieser recovered a Lafayette fumble. O’Malley threw for three touchdowns to three different receivers and sophomore wide receiver Nick Pearson and senior tight end Dylan Wadsworth combined for 196 yards.

In the end, senior wide receiver Nick Franzese had a game-changing catch come back due to a penalty. Lafayette’s ground game totaled 40 net yards, while Sacred Heart generated four touchdowns on their 287.

Next week, the Leopards will head to Villanova, a familiar foe for Garrett who coached at University of Richmond last year.

He’ll look to recreate the same success he had against them last season.

The Leopards-Wildcats matchup will take place on Saturday, September 16th at 6:00.