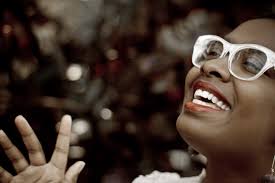 Grammy award winner Cécile McLorin Salvant will be visiting the Williams Arts Center on Friday to perform. A recipient of the 2016 Grammy for Best Jazz Vocal Album, she is known for her unpredictable yet elegant style, Director of Performance Series at the Williams Center Hollis Ashby said.

Salvant often takes unexpected turns in her music with a post-modern approach to jazz, she added.

“[Listening to Salvant] is like going on a magic carpet ride. It’s the most exciting thing for the audience because they go on such an unexpected journey,” Ashby said.

Born and raised in Miami, Florida, Salvant developed an early interest in singing with classical voice, according to her website. In 2007, Cécile moved to Aix-en-Provence, France, to study law and classical and baroque voice at the Darius Milhaud Conservatory. Two years later, she released her first album titled “Cécile” and shortly after won the Thelonious Monk competition in Washington D.C, according to her website.

Salvant has developed a specific interest in historical American music, according to her website, and often performs pieces that were rarely or never performed for the public.