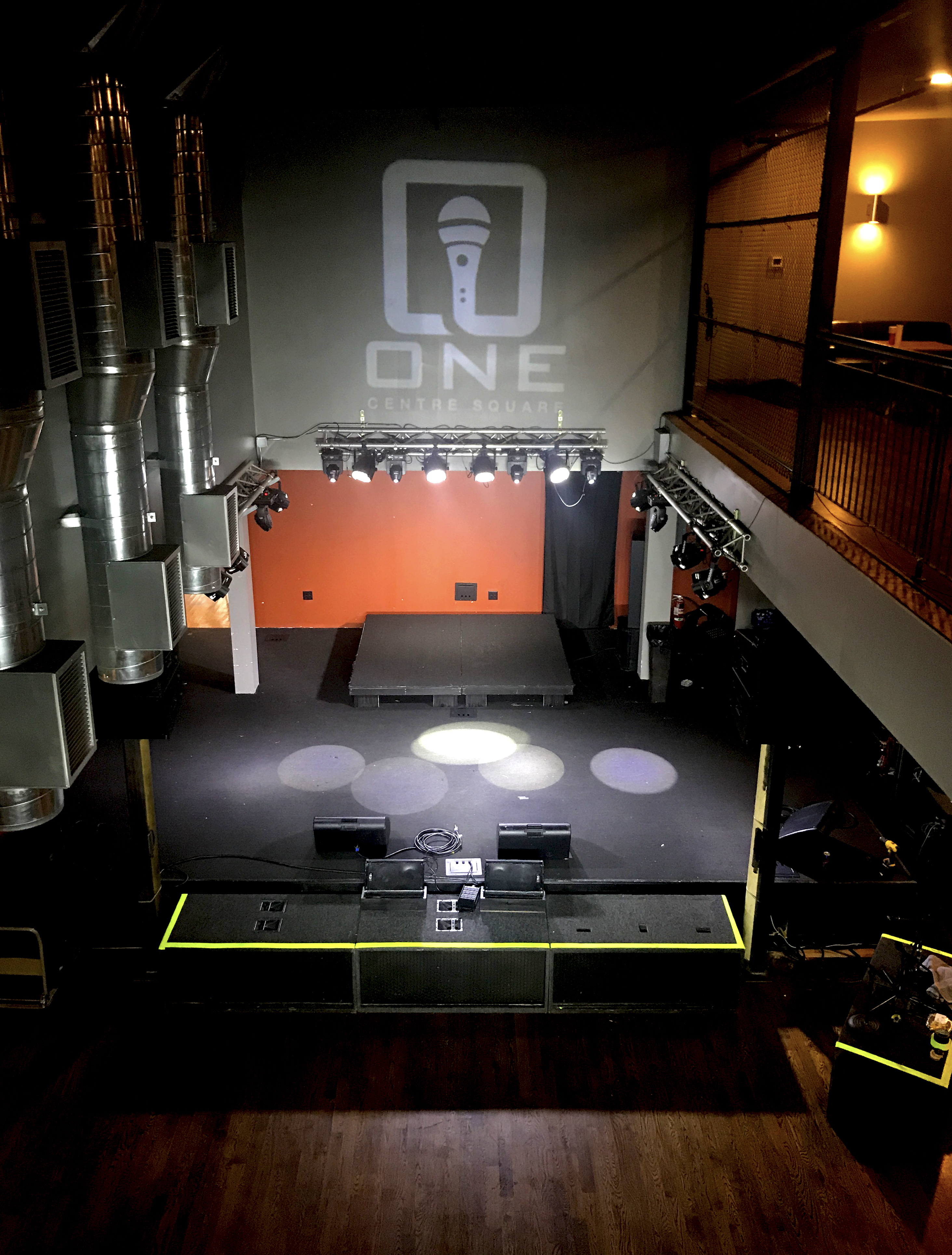 Where Drinky’s used to stand is now the newly renovated music hall and event center One Centre Square. Drinky’s, a nightclub popular with students, shut down last December after 13 years of business.

Ownership of the space has not changed. Co-owners Billy Cornish and Greg Melham have worked to transform the former nightclub into both a music hall and event center. According to Melham, the renovation cost a little over $1 million. Aside from the major addition of a second level, the renovation also included the building of a stage, new bathrooms, hardwood floors and a full kitchen.

The renovation of the building also included layout changes to the floor space, which, according to Cornish, serves a larger purpose. The bar area on the first level has been elevated, slightly separating the bar space from the dance floor.

According to the co-owners, the space was designed to be a multi-functional area. So far, One Centre Square has hosted concerts like PnB Rock, O-Town and August Burns Red. Bands and artists like Metro Station, Ryan Cabrera and Frankie Ballard will also perform in the near future. Event listings can be found on One Centre Square’s website.

“We really hit a lot of genres with just those couple of bands,” Cornish said. “We’re really just trying to diversify our genres as far as the music goes.”

While many concerts and events will be open to people of all ages, Cornish said this will depend on the band or event type.

On the event end, Cornish said the space has been booked for a range of events from comedy shows and open mics to weddings. Cornish and Melham also hope students will utilize the space for student group events such as formal parties and dinners.

“The way we built it, it’s basically a space that can be utilized in a lot of ways. You can really retrofit it to what you’re trying to accomplish,” Cornish said.

According to Cornish, students from the college have already started booking One Centre Square for events this semester.